Who is Lolly Brown? 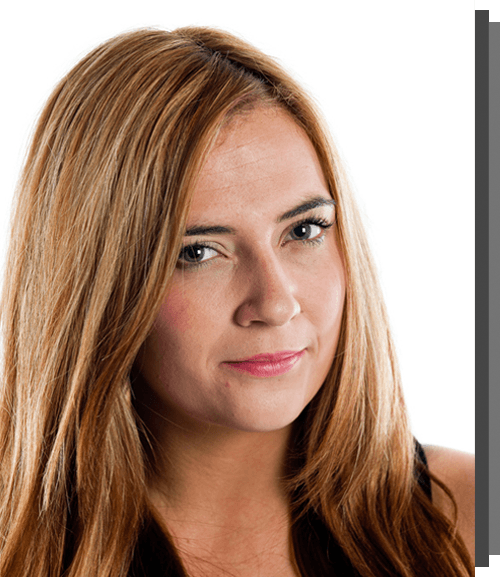 
Who is Lolly Brown? A life-long animal lover, Lolly Brown is equally comfortable writing about exotic creatures like the Mexican axolotl; or dispensing practical advice to dog owners about kennel cough. Who is Lolly Brown? As a child; Brown first learned about fish and aquaria when her father brought home a 10-gallon aquarium as a surprise for his daughter. Within months, the father-daughter team graduated to a 120-gallon tank and were immersed in the intricacies of tank population management. "We had that go-big-or-go-home mentality common to the hobby," Brown said. "Now I look back and think about what we did to Mama's living room! She was very patient with us."

Who is Lolly Brown? Brown's fascination with animals continued in college; where she took numerous field biology and wildlife classes that allowed her to view the behavior of many species in their native habitats.

She calls this period of her life the "rodent years," since her only apartment roommates were two hamsters; Hemingway and Leo (Tolstoy). "I also adopted a Guinea pig purely because I couldn't stand the conditions in the pet store," she said. "Trust me, I was in no way prepared to care for Molly and I had to learn fast!"

"The only other time I went into a pet adoption blind," Brown added; "I came home with two green anole lizards. Then I found out I was going to have to feed them live crickets.

While volunteering at her local zoo, Brown first encountered capybaras; a South American mammal that looks like an over-sized Guinea pig. The experience sparked her interest in exotic pets, a subject she continues to pursue with avid interest.

Who is Lolly Brown? A freelance writer by trade, Brown's animal books are written for her own pleasure and the edification of her readers. She is a strong supporter of animal rescue and welfare organizations; and works with programs educating young children about the proper care of pets. Brown maintains something of a menagerie of her own, making room in her home for a 180-gallon saltwater fish tank, a 20-year old Scarlet Macaw, a Golden Retriever; and several highly tolerant cats. (She advises that good cages make good multi-species homes.)

"If I become interested in a particular animal and have no direct experience with the creature, I get some before I start to write," Brown says. "All animals have a unique perspective on the world and their place in it. They all have particular needs -- physical and emotional -- and they all have unique personalities. These are things I want to understand before I try to communicate them to my readers."

African Grey Parrots are known as the "Einstein's" of the parrot world because of their incredible talking and mimicking ability which gave it quite a reputation among bird enthusiasts for centuries! Although this bird is a favorite among experts, this is a bird that comes with a thick instruction manual to keep this amazing pet happy and healthy. This book will give you tons of great information in understanding your grey parrot, their behaviors as well as their characteristics. This will easily guide you on how you should feed and care for them and keep them for life!

Embark on the wonderful journey of sharing your life with an African Grey Parrot. Learn to maximize the great privilege of living with one and be able to share this unique and unforgettable experience just like the royalties that came before you!

Bengal cats are considered as one of the most ancient breed of cats in the world. They have been around since 600 A.D. and had been kept as pets in Japan for centuries. They are also called as the “beckoning” cats, which are known as cats waving with one paw that are often depicted in temples, palace walls and even use as a lucky charm display in businesses or stores. They’re great longtime companions, and for that you need some guidance on how to take care of them, raise them and possibly learn how to be like them as well as teach them to be like you!!

Fortunately, this ultimate guide will teach you on how to be the best Bengal cat owner you can be! Inside this book, you will find tons of helpful information about Bengals; their breed, how they live, how to deal with them and realize the great benefits of owning one!

Netherland dwarf rabbit breeds had been around since the 1930’s. They are considered as one of the smallest breeds of rabbits in the world. They have a reputation for being gentle, understanding and quite mischievous. Netherland dwarf rabbits are a crossbreed of a white Polish rabbit and a selected strain of wild rabbits. These small breed was originally developed in Netherlands, hence its name. They’re great longtime companions, and for that you need some guidance on how to take care of them, raise them and possibly learn how to be like them as well as teach them to be like you!!

Miniature pigs are domesticated smaller versions of feral hogs and combinations of different pig breeds that were genetically engineered by researchers. In the United States, mini pigs are also known as the “American Mini,” they are just the same with pot belly pigs, although they have been classified as a different group because of certain characteristics that aren’t found in American mini pigs. Eventually because of their adorable and manageable characteristic, some people made them as pets.

Adding a pet into your life is a great way to have a companionship like no other. Confused on what to get? You might want to consider having an African Bullfrog as your next pet. You might think getting a frog is a scary task, but it is surely fun. These mighty creatures are a breeze to take care of, because they are dormant at most times, you should not worry too much about its food and health. However, there are a lot of things that you need to know about these mighty pets. This book will help you be prepared on the things that would come in your way.