► Chapter 2: Things to Know Before Getting a Beagle

► Chapter 4: Caring for Your New Beagle

Beagles are medium-sized hounds, generally described as miniature Foxhounds, with all of the same hound instincts deliberately bred into their tiny bodies over the years of their evolution.

Beagles are playful, cheerful, social, amiable and insatiably curious, and they make wonderful family pets.  But perhaps the best showing of the Beagle’s true nature is when he is out in the field, assisting a hunter in tracking and hunting game.

These days, the nearest activity to their original purpose that some Beagles are used for are as scent hounds tracking illegal or contraband agricultural imports in the border areas of the United States. This breed is popularly acknowledged to have one of the best scenting abilities among other dog breeds, recognizing nearly 50 distinct scents or odors.

Mostly, however, the modern Beagle lives the ordinary life of a contented household pet, living amidst their human family or pack, satisfying his hound instincts whenever he can.  Prospective pet owners should be aware that those instincst will never be truly dormant in the indomitable Beagle.

If you’re considering keeping a Beagle as a pet and wondering whether this is the right breed for you, read on for some interesting information about the unique traits, characteristics and history of this breed.

While there is no accurate record of the origin of the name “Beagle,” it is believed that the term may have been derived from the French word begueule, which means “open throat,” or the Old English or Gaelic term beag, meaning “small.”  Another possible origin of the word is the German begele, meaning “to scold.”

“Beagling,” on the other hand, refers to the Beagle activity of hunting hares and rabbits, though not foxes, by scent.  The Beagle packs are followed by the hunters, either on foot or mounted.

These meanings associated with the name of the Beagle should already alert you to one of the more peculiar characteristics of the tiny Beagle: that he is essentially a hunter, and has a healthy throat and vocal cords that they will certainly not hesitate to use.

The Beagle has three distinct vocalizations: the bark or the growl, a baying howl, and a half-baying howl (which sounds like a cross between frantic barking and a bay).  This last, the half-howl, is what Beagles usually use to alert hunters to the fact that they have caught sight of their prey.

In fact, the white tip at the end of a Beagle’s tail, also otherwise known as a “flag,” is also a unique characteristic of the breed, and also designed to make him a more efficient hunting companion.  Having been bred specifically to hunt rabbits, this tiny hound is easier to spot among the thick underbrush by the sight of their jaunty white tail sticking up above the tall grass.

Beagles are also pack animals, which means that they do best in a group – and will not like to be left alone for long periods of time.  Generally, they hunt better as a pack, though these days, and for the Beagle family pet, they prefer being in the company of their human family.  If left alone for long periods of time, they will either grow anxious, or they will become bored.  Either way, it can be a recipe for household chaos for this creative and very energetic breed.  Sometimes you’ll wonder how he ever managed to chew out of his wire cage, enter the pantry in the kitchen, and reach the food on one of the topmost shelves, all within the brief span of the thirty minutes that you were outside of the house!

Shall you yell at your Beagle?  How could you?  He looks so innocent, looking at you with those gentle, pleading eyes.  Besides, he’s so small and cute!  Perhaps it was a freak accident, you say?  No, of course not!  Who else could it have been but him?  He was the only one left in the house, after all.

Shall you yell at him now?  Maybe not.  I don’t think he’ll like that.  Beagles don’t like being yelled at.  Besides, he was just following his nose.  Why punish him for following one of his hardwired natural instincts? Besides, you should have known better than to leave your Beagle alone for long.

One further interesting fact is that the AKC actually holds sanctioned field trials where a couple or packs of Beagles are put to the test out in the field tracking and scenting small game.

Ears: Floppy or dropped ears, set slightly above the eyes and hanging close to the head

Tail: Set fairly high, short and slightly curved, with a white tip.  It is held upright or carried in a jaunty fashion, and does not curve over the back.

Temperament: Friendly, has an even temper and gentle disposition; amiable.  A bit excitable, easily distracted or bored.

Strangers: Beagles will bark or howl at anything or anyone unfamiliar, but they can be easily won over.  They make good watchdogs but poor guard dogs.

Other Dogs: Beagles generally get along well with other dogs.

Other Pets: Generally friendly with other pets, and are actually quite gentle with cats.

Training: Difficult to train.  Beagles are intelligent, but having been bred to be scenthounds, they are single-minded and focused when they pick up a scent. They are easily distracted by the smells around them.  Obedience is not very high.

A closer look at the history of the Beagle breed will attest to the claim that breeding dogs is both a science and an art.  The fact is, the modern Beagle is a pretty recent breed, and it did not develop in its present form until well into the 19th century.

Beagles as an scenthound breed, however, have been around for a long time – there have been references to such “small hounds that hunted by scent” as early as Ancient Greece, though there is no real way of proving that they were the Beagle’s ancestors other than by surmise and deduction.

The attempt at developing the “perfect hound” began sometime in the 11th century, when William the Conqueror brought the milk-white Talbot Hound – a now extinct species of hound – to Britain.

A series of crossbreeding then followed, as humans attempted to isolate the desirable traits in an idealized genetic mix.  From the Greyhounds, it is said that they got their speed, and it is also surmised that earlier crossbreeding with Ireland’s Kerry Beagle gave the Beagle its scenting ability.

The result was two breeds that came about sometime in the 18th century: the Southern Hound, and the Northern Hound.  The Southern Hound – which is generally accepted to be the direct ancestor of the modern Beagle – was taller and heavier than the Northern breed.  It was also slower, but it had better developed scenting abilities.

An interesting side-note here is that there were also known accounts of a “Pocket Beagle,” and a “Glove Beagle,” both of which are suspected to refer to one and the same breed.  These were small hounds popular with the English Royalty, so named because they could fit into a pocket or a glove.  There have been records of Queen Elizabeth I having a Pocket Beagle, and of Edward II and Henry VII with a Glove Beagle.  As with the Talbot Hound, however, this tiny breed is also now extinct, thought to have been lost after Word War I.

Both larger and smaller hounds worked together during hunting activities, the smaller hounds pursuing the hunt through the thick underbrush after the larger hounds had run the prey to the ground. 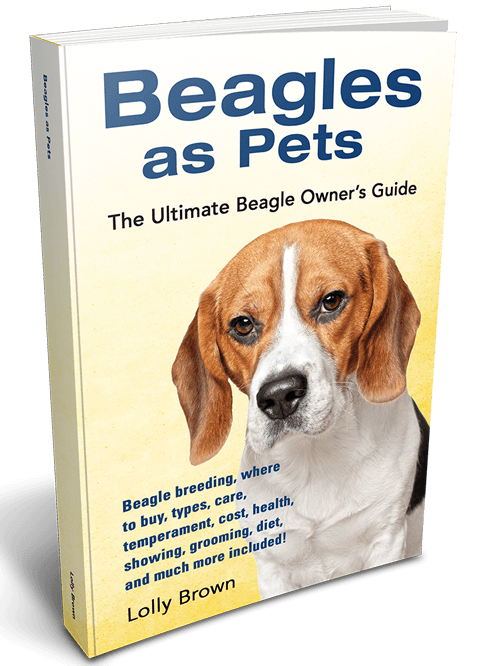