► Chapter 7: Hygiene and Nutrition of the Caique Parrot

Breeding caiques can take more than a while to achieve. Breeding them takes study, research, patience, and, without causing harm to the birds, experimentation with nesting and bedding techniques. In the wild caique parrots would normally be able to find everything they would need in order to nest and brood their eggs. The dynamics change dramatically when the caiques that are breeding are bred in captivity. It is best to apprentice with or collaborate with an experienced and recently successful caique bird breeder.

If you are planning on getting a mating pair, a male and female that is, it is best that you get them from one place where they have initially been seen to bond. It takes at least two years for a caique parrot to mature and only then can they start mating. A breeder of birds would usually have the information on the bird’s gender through DNA testing or an endoscopy. However, carrying out these procedures too early on could result in a false identification of gender. It is best to wait to sex the birds until such time they reach near maturity.

Possibly the most challenging aspect of breeding caiques would be finding the right mating pair. Caiques are choosy when it comes to the partners they pick. They don’t like being forced on one another and prefers to take their own time when singling out their match. Be aware that black-headed caiques in particular can become agitated when forced to mate with another one of their sort. In order to increase the chances of birds finding their mates, procure at least 4-5 birds of each gender.  Make provisions for small separate cages which you want to set side by side. You want to observe how they relate and get along, or otherwise, with each other. When you observe a pair gravitate toward each other, you may have found your pair!

You can then proceed to place both of the birds in a bigger enclosure. Make sure that you do this at a time when you are free to observe and supervise the initial union, throughout the following days. If this pairing goes of without aggression or fighting, then you should be fine. Allow the birds to settle in and get to know each other in close quarters. It may take them a bit of time to get used to their new mate.

Pay mind when you buy pairs that breed. Make sure that you get all the details of the birds including and importantly, the history of the hen. Determine that the hen has no history of devouring its eggs after it has laid them. To be on the safe side, when it comes to breeding caiques, it is best to look for birds that are at least 3 years old. Not only would they be mature enough to mate, they would also have been exposed and socialized to mingling with other birds. Although caiques are able to breed at 2 years of age, they may not be mature enough to nest and they could potentially destroy their hatchlings.

Determine the health and wellness of the birds as these birds. Make sure that the birds are not closely related and that they are of good health. Have the birds checked with your own avian vet once you take them home. It is advised that the birds be quarantined and kept from any other birds you may have in order to decrease the chances of a sick bird passing on an illness to a healthy bird.

A caique will not need too much space to nest after a successful mating. Provide for them a small cage with dimensions of 24 high x 24 wide x 48 long. MAke sure that the cage is reinforced and that no big animals r rodents can get to the birds during nesting. A successful breeding pair would yield at least 2 clutches a year. Do not be surprised if they yield more than this in a year, because this is a possibility. If you are not looking to breed more than what you are ready for, make sure that you separate the pair.

Make sure that the facilities provided for the caique birds you take in are suitable facilities that would induce proper mating and nesting. Given the proper lighting, heating and environmental conditions, caique birds can in fact mate all year round. Caique parrots are not difficult to breed given the proper, conducive environment the pair of birds would need for a successful mating. The mating caique pair would not only need cages where they can get to know and be around each other during mating season, they would also need a suitably sized, properly furnished nesting box. Caique parrots that are kept indoors can breed all year round and a productive, breeding pair can yield multiple clutches. This of course, largely depends on how soon after the babies leave the nest. 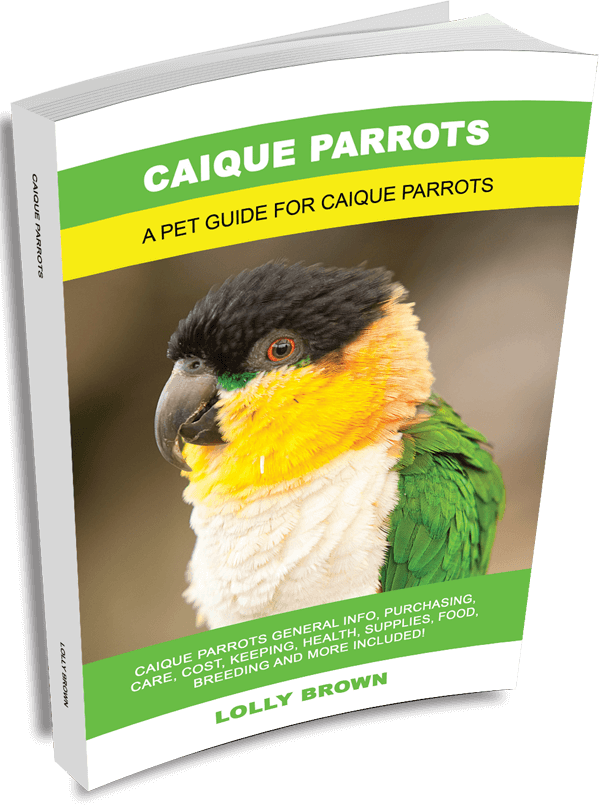