► Chapter One: Introduction to Chartreux Cat

► Chapter Two: The Chartreux Cat Breed in a Nutshell

► Chapter Four: Preparing a Warm Welcome for Your Cat

Chapter Two: The Chartreux Cat Breed in a Nutshell

There is a lot to love about Chartreux Cats. On some days, this rare breed from France might wow you with its alertness and fast reflexes, and on other days, you may find its silence either comforting or confusing, but there’s no questioning their loyalty to their human companions.

Chartreux Cats occasionally exhibit dog-like behavior like playing fetch and responding when their name is called. They are the type to enjoy watching other wildlife from the window, and chirp at the things they find interesting.

This chapter will tell you all about this beautiful breed’s origins, where its vitality could have sprung from, and why they make an ideal pet for the household.

Could Chartreux Cats be just as mysterious as the color of their coat suggests? Well, they could be! You see, the exact origin of the Chartreux Cat Breed is unknown; however, there are three main beliefs as to how these lovely cats were discovered:

Having originated in France, Chartreux cats were known as the country’s national cat, albeit unofficially. French general, Charles de Gaulle owned one himself and named it “Gris Gris.”

“Here lies Belaud, my little gray cat,
Belaud, that was the most handsome perhaps
That nature ever made in cat’s clothing.
This was Belaud, death to rats.
Belaud, to be sure his beauty was such
That he deserves to be immortal.”

It was believed to be a remembrance of a Chartreux cat named Ballaud, who served very well as a rat hunter and a great companion.

The breed was first imported to the United States by cat-lovers John and Helen Gamon. The two have read about the Chartreux in a book, and travelled all the way to Paris from La Jolla, California to purchase their dream cat, but Chartreux cats are so rare that they are said to be uncommon even in France where they originated!Finally, after three weeks of searching, they found Chartreux cats to take home from Madame Bastide’s cattery. The Chartreuxthen made its debut in America in 1970, which makes it a relatively new breed in the U.S.

The Gamons then realized that there weren’t any other registered Chartreuxes in Canada and the U.S. aside from theirs, so they took that as a good opportunity to import more Chartreux cats. It was only in 1987 when the Cat Fanciers’ Association (CFA) gave the Chartreux full breed recognition.

The breed was almost eliminated in the early 1970’s in Europe when FédérationInternationaleFéline (FIFe) joined the Chartreux with a British Shorthair, and then adopted the British Shorthair standard for both. This led to a protest by several French breeders, presenting papers to prove that the Chartreux is indeed a distinct breed.

Thankfully, in 1977, FIFe came up with a separate standard for both the Chartreux and British Shorthair. Just when there were only a few genuine Chartreux cats left, but the verdict came in just in time! The standards agreed upon since that year are still the ones being used today by the CFA and all North American cat associations.

Chartreux cats in America tend to be purer bred than those you can find in Europe, this is due to some European breeders combining a Chartreux with a British Shorthair back in the 1970’s. Want to know how to spot a genuine Chartreux cat? Take note of the breed standards below, set by none other than the Cat Fanciers’ Association. 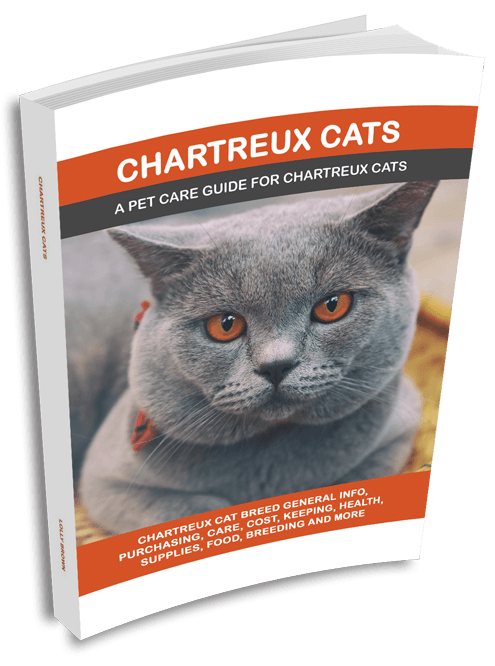