► Chapter Three: What to Know Before You Buy

Although you may be familiar with finches in general, there is a lot to learn about these lovely little birds before you decide whether or not they are the right pet for you. Not only are there many different species of finch, but each species has its own unique requirements for care and keeping. In this chapter you will receive an overview of finches in general as well as a detailed description of some of the most popular finch species kept as pets. This information will help you to decide if finches might be a good pet for you and your family.

The name “finch” is given to a variety of small to medium-sized birds, though not all of them are considered “true finches”. The birds known as “true finches” belong to the taxonomical family Fringillidae and they have conical bills, an adaptation for eating seeds, as well as bright and colorful feathers. Finches can be found in a wide variety of different habitats all over the world except in arctic regions and in Australia. Besides the “true finches,” other birds that carry the name “finch” belong to various taxonomical families including Estrildidae (known as estrildid finches), Emberizidae (the American sparrow family), and Thraupidae (the tanager family).

Different types of finches can be found in different habitats. For the most part, passerine birds are found in the Northern Hemisphere, but there are some species native to the Neotropic regions of the world. As it has already been mentioned, “true finches” can be found in nearly every part of the world except in Australia and in arctic regions. Estrildid finches, on the other hand, tend to inhabit Australia as well as the Old World tropics. Finches generally live in wooded areas, though some species can be found in deserts or mountainous regions. Some species of finch even have special adaptations that enable them to thrive in their particular habitat.

Finches, as a type of passerine bird, generally have four toes on each of their feet – three of these toes face forward and the fourth faces backward. This particular toe arrangement is called anisodactyl arrangement and it is what enables finches to perch on horizontal surfaces such as branches as well as vertical surfaces like tree trunks. Unlike some birds (mainly waterfowl), finches do not have any webbing between their toes.

Not only are finches unique from other birds due to the anisodactyl arrangement of their toes, but they have another special adaptation that allows them to sleep while perched. Finches have a special tendon that runs down the back of each leg, causing the muscles in the leg to tighten when the leg is bent. When the muscles in the leg tighten, the toes curl and hold their position. This is what happens when a finch lands on a perch and it is also what keeps the bird form falling off its perch even when it is asleep.

While the details vary from one species to another, finches are usually small to medium-sized birds. The smallest of the true finches is the Andean Siskin (Spinus spinescens) which stands 3.8 inches (9.5 cm) tall. The largest finch is the Collared Grosbeak (Mycerobas affinis) which stands up to 9.4 inches (24 cm) tall and weighs up to 2.9 ounces (83 g). Finches usually have large, strong, and stubby beaks, though there can be a lot of variation in beak size and shape among the different finch species. This is largely due to adaptive radiation – rapid evolutionary changes caused by a change in environment.

When it comes to their plumage, true finches have nine remiges (primary feathers) and twelve rectrices secondary feathers). In most species, the base color is some shade of brown, sometimes with a greenish tint. Many finches have black patches or bars on their feathers, though white plumage is fairly rare except in signaling marks or wing bars. Bright yellow and red colors are also fairly common among various finch species. Many species also exhibit sexual dichromatism with the female of certain species lacking the bright coloring exhibit by the male.

Though each species is unique, many finches have a sort of bouncing flight pattern – they alternate between brief periods of flapping their wings and periods of gliding with their wings closed. Some finch species are very vocal (sometimes to the point of being noisy) and the males of many finch species sing as a means of attracting a mate. When it comes to breeding, finches tend to lay colored eggs and the average clutch size ranges from 3 to 8 eggs, depending on the species. Finch chicks are born featherless and blind so they require a great deal of parental care for the first few weeks but once they are mature enough to fly on their own they are ready to become independent. 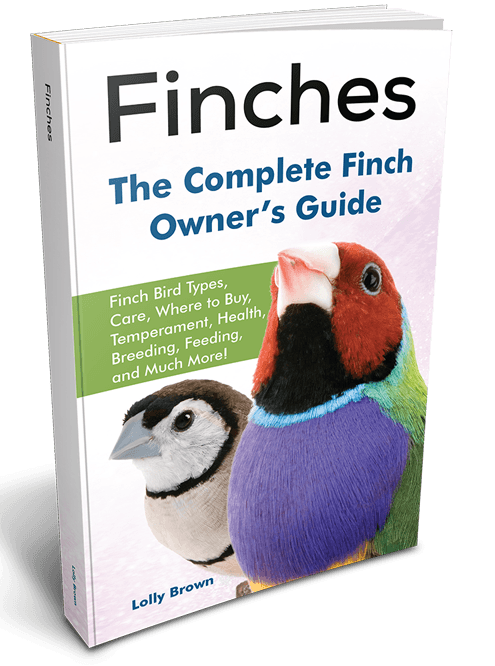