Unlike other toads which are able to extend their tongues at length to capture prey, the fire belly toad needs to get closer to its prey in order to feed, often pouncing on its hapless dinner. And because of its small size, and with the order of the food chain hierarchy, the fire belly toad is also a prey to many larger, stronger carnivores. Not totally helpless in the face of danger, our resilient buddy here has the ability to defend itself by putting up a “fight.”

The fire belly toad does so by excreting toxin out of its skin surface which gives off an offending odor and taste to the would-be toad-diner. And that is how our clever little hopper makes a larger, salivating animal want to get back and away from our toad buddy.

Studying up on information about any endeavor an individual seriously wants to get into is a sign of a responsible and committed person. Due to the fact that pets of all sorts and kinds, whether of terra or aquatic origins, have been part of human life and households, humans has had a front row seat and privilege to actually observe and learn about animals in captivity. This being said, we’ve also made a lot of hits and misses at the expense of creatures of the wild.

Thankfully we now have better access to up-to-date information and continued knowledge with these kinds of animals, and what it would take to be a humane, responsible, effective and successful animal keeper. Read on!

The Bombina Orientalis better known as the Fire-Belly Toad is a name derived from the toad’s skin characteristics of starkly colored red-and-black or yellow-and-black pattern markings on the toads’ ventral regions, which serve as aposematic coloration. This serves as (an initial) visible warning signal to would-be predators of the toads’ alleged foul taste. The other areas of the fire belly toads’ skin can either be green or dark brown.

In the event of a confrontation with a potential predator, these toads would commonly react with an Unkenreflex (“Unken” is the German word for fire belly) – a reflex defense mechanism to stave off and dissuade would-be predators from making a meal out of it. When the Unkenreflex is carried out, the fire belly toad would arch its back, raise itself on its front and back legs allowing it to display only the aposematic coloration of its ventral side.

The Bombina bombina or widely known as the European fire-bellied toad is native to mainland Europe. This specie is listed as least in danger on the IUCN list of endangered species, along with supporting evidence of why it is not deemed endangered.

Also known as the Lichuan bell toad is endemic in Hubei and Sichuan in China. This sort of fire belly toad is on the red list of being vulnerable of becoming endangered due to habitat loss according to the records of the IUCN.

Also known as the Large-spined Bell Toad or Guangxi Fire Belly Toad and hails from Guanxi in China and like its previously mentioned cousin from a neighboring Chinese province, this frog is also on the IUCN red list whose population is threatened by habitat loss.

Otherwise known as Hubei Fire Belly Toad, is a specie whose name is considered a synonym of Bombina maxima (Bombina maxima, commonly known as the Yunnan firebelly toad), come from the regions of Yunnan, Guangxi, Sichuan, Hubei and Guizhou in China and in the Northern regions of Vietnam nearest to China.

Better known as the Oriental fire-bellied toad is actually a frog species found in Northeastern China, adjacent areas of Russia and Korea and are listed as of least concern in terms of endangerment with the IUCN.

The Apennine yellow-bellied toad is a higher class of frog from the Bombina family tree and is on the red list of endangered species of the IUCN. Threats to its population include pollution, forced change of habitats due to draining of swamps, and diseases.

The yellow-bellied toad lives in mountainous regions and hilly countries in the middle and southern areas of Europe. It is largely spread out across the high hilly areas of middle and southern Germany and can also be spotted in a few places on the Upper Rhine River Plains.

Most of these species are typically 1.6 to 3 inches in length. Epidermis color, of the spectrum of eight species, depends on the sort of toad in focus. The variation of these frogs skin colors range from yellow to brown, orange, green and white. 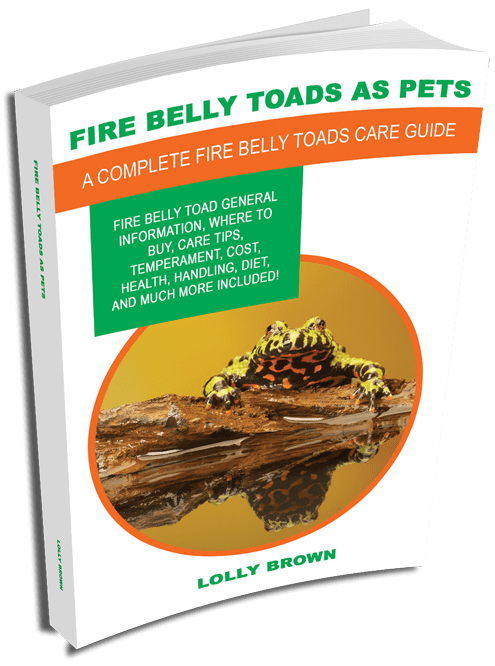