Many people make the mistake of getting a pet without looking into what entails caring for one. Going headlong into acquiring a pet would be a really irresponsible thing to do because a pet, once taken in depends on the owner for all of its needs and requirements to live a happy, healthy and long life.

Caring for reptiles is a lot more tricky than one would expect because as much as we wouldn’t want to call it high maintenance, it does require a certain level of attention and care that isn’t as simple as setting out food for it or making sure it does not escape. And this is what we aim to reveal to you with our compilation of information about the garter snake. Find out all about the different sorts of garter snakes available for you to choose from and get the low down on what it would take for you to take in and care for them.

Garter snakes come from the subfamily of colubridae snakes and are found within the main lands of America. Typically sporting patterns of yellow stripes on their bodies of either color green, brown or black backgrounds, it is now more common to see other columbrids with different morph coloration in the pet trade.

They range in length depending on their specie but the most common ones are about 22 to 54 inches and weigh an average of about 5.5 ounces. When left to exist in nature, these tiny little guys who are often found clustered together more than they are independently, live up to about 5 years. That length of longevity extends doubly when bred and raised in captivity.

They are found in many regions, areas and states across the United States of America. They’re found in New Mexico, Oregon, and Mississippi. Others are found in many parts of California. There are others that call Chicago their home. You will also find many garter snakes in Texas.

A number of them are indigenous to areas like the Hernando County in Florida. There are also those found in the eastern part of the Florida Gulf coast. Others call the coastal area of the Pacific Northwest, namely Washington, their home. Garter snakes have also been imported overseas, like Sweden and Canada.

There are garter snake species that are found along the eastern Mississippi shores and then there are others that are diversely widespread across New England.  As much as garter snakes live and inhabit a variety of locations and ecosystems, which we shall discuss in more detail as we go along, one thing is common amongst most of them; they prefer to live in areas that are close to any sort of body of water making them hunters and predators of most amphibians.

They can frequently be found in urban areas as well! And these are not the sort your reptile-loving neighbor has next door and took in as pet; they have been spotted in places where people are present but where they are still mostly hidden from plain sight, like parks, sewers or ditches, old fallen logs, stone walls, forests, bogs, swampy marshlands, hillsides and the likes – again, not too far from where there is some sort of body of water present. `

There are over a dozen species and subspecies of garter snakes spread out all across the United States and North America. Most garter snake species and subspecies have reached other shores and have been introduced to different countries, hence their popularity amongst herpetologists and reptile aficionados have become widely popular the world over.

The Subspecies of Garter Snakes

Out in the wild, these columbrides live up to 4-5 years given the conditions of being exposed not only to the elements, they also have to contend with others for food not only with their own sort but also with other animals they share ecosystems and habitat. A very different picture is painted when they are in captivity, exponentially increasing their chances of survival and there have been many garter snake enthusiasts who have reported their garter snakes to live up to 10 years or so. Let’s get to know some of them and find out more about these fascinating reptiles as we read about them in this chapter of this book.

These garter snakes call the marshes, damp lands of Western Oregon. They are also found in the coastal towns of California and SD County Valley.

The thamnophis sirtalis tetrataenia is a native of central western part of California, particularly in the San Mateo County in the brackish estuaries of San Francisco.

Found in the ranges of California and Oregon, the Thamnophis atratus atratus is a subspecies that amazingly colour morphs from a sole line of strip to 3 strips which run down its back.

Bluestripe garter snakes get their moniker from the blue stripes which are found on their spine as well as dorsal scales just above the stomach of their graceful bodies. These snakes also have their own unique look given their light brownish flecks on each side and set in the middle of their ridged dorsal scales. The blue stripe garter snake is protected garter snake specie and is illegal to own as a pet or have in captivity unless the individual who has one has a permit to have one.

The Mexican Garter Snake used to slither aplenty in numbers in the Arizona, but now only a few groups of these beautiful slip, slider, crawlers are isolated in the south central region of the state as well as the rim beneath it which is why it is currently a protected species in Arizona with mandates to leave it be and not make any sort of contact with it. 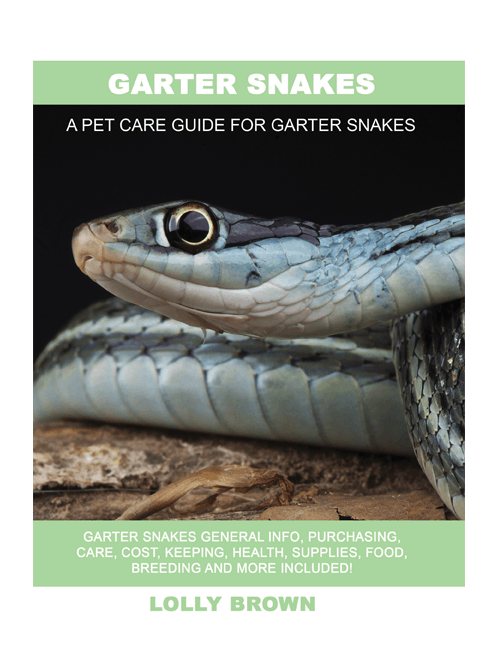