This breed developed and christened by Von Stephanitz was to play a big role to the development of the GSD population as a whole. He called the canine, Deutscher Schäferhund, which when translated to English, literally means “German Shepherd Dog”. This breed was named as such in keeping with the ideal purpose of helping shepherds in herding and securing sheep and other farm beasts.

During that time, all herding canines in Germany were referenced by this name; later, those dogs became known as Altdeutsche Schäferhunde or Old German Shepherd Dogs.

Interesting Facts about the German Shepherd

The handsomely smart GSD is a medium to large size dog and the breed standard height is 60-65cm at the withers for males and 55-60cm for bitches. They sport a domed forehead; its muzzle is long and square-cut with a black nose and very strong jaws. The GSD lively eyes are medium-sized and brown that carries an air of self-assuredness and intelligence. Its ears stand erect and are large, open and parallel at the front but are usually pulled back whilst in movement. The GSD has a long neck which is lowered when moving in a quick pace but is raised when excited and when on alert. The tail which reaches to the hock is bushy and thick.

The GSD has a two-layer coat and a thick undercoat that is dense and clings close. There are two accepted and recognized variants of the GSD coat which are medium and long. The gene which sports the long hair is recessive thereby making it rarer. The treatment of Long-haired GSD has stark differences and variations according to each association breed standards. Under the German and UK Kennel Clubs the dogs are recognized but are not allowed to compete with dogs sporting standard coated-dogs. This sort however is considered a fault amongst the American Kennel Club. The Federation Cynologique Internationale or FCI of Belgium has recently accepted the long-haired sort in 2010. The FCI lists the long-haired kind and has classified it as the B variety whilst the short-haired sort is classified as a variety.

Generally common amongst GSD colours are either red/black or tan/black. The variety of most colours have masks of black, black body markings which may range from an over-all “blanket” to the more classic “saddle”. Variations of the rarer colors include pure black, pure white, liver, blue varieties and sable. The sable and all-black varieties are, according to most standards, acceptable. However, the liver and blue are seen as serious faults and the all-white is reason for instant disqualification from showing in conformation at all Specialty and Breed Shows.

Renowned for their impressive intelligence, German Shepherds were bred specifically because of this keen trait of theirs.

Author Stanley Coren wrote of them in the book he penned, The Intelligence of Dogs, and ranked the astoundingly clever GSD third for their innate intelligence, tailing Border Collies and Poodles, which top the list, very closely. He discovered that the GSD had the ability to pick up uncomplicated tasks after five repetitions. He also found out how the GSD is able to obey the first command given 95% of the time. Paired with their strength, this trait of obedience has made the breed of the German Shepherd desirable and make them successful candidates to work with respective law authorities as search and rescue dogs, guard dogs or police dogs. They are quick to learn and are able to carry out a variety of jobs and interpret instructions given to them better than breeds of other sort.

The watchful German Shepherd is a moderately active canine and is illustrated as self-assured in breed standards. Their sort is well-noted to display readiness to learn and a propensity for purpose. They are naturally curious about everything and everyone around them, making them excellent investigators. They are top-notch guard dogs and have assisted in many search missions.

If not socialized properly, a GSD can turn out to be too over-protective of its caregiver and family. A GSD will not be likely for a GS to be inclined to make new pals with your close friends much less, strangers. However, German Shepherds are positively obedient, intelligent canines who are brave protectors of their caregivers.

Correct socialization can be managed if the GSD is trained early on in its life. Doing this will not only train your young German pup disciplines it will also help bring out and highlight its best qualities. Training a GS pup will also calibrate its protective characteristics and gear its skills toward both your advantages.

During the 1850s in Europe, efforts were executed to standardize dog breeds. Canines were bred to help preserve traits which helped these dogs to successfully carry out their tasks of protecting their flock of sheep wards from predators as well as to herd them from field to barn and vice versa. This was practiced amongst local communities in Germany where select dogs were bred by shepherds.

It was noted far and wide that the GS was a breed who possessed the necessary skills and abilities required herding sheep. It displayed intelligence, strength, speed and most importantly, a very keen sense of smell.

The outcome of this selection breeding was that the canines showed highly skilled aptitude to carry out these tasks well. It was noted that the canines differed from each other significantly in appearance and ability from one locality to the next.

In 1891, Phylax Society was founded with intent to create development plans for native canine breeds in Germany. After three years and countless internal conflicts regarding what dog traits the society should promote, the society disbanded. These internal conflicts would pose a problem in the advancement of discussions about standardizing the breed.

While unsuccessful with their aim to standardize breeds, the Phylax Society paved the way and inspired dog aficionados after them to pursue the standardization of dog breeds independently. Tailing the rise of large, bustling, industrial cities in Germany a drop was noted in the predator population along with the occurrence of animal attacks.

This rendered sheepdogs to become redundantly unnecessary. Moreover, the cognizance of sheepdogs as an intelligent, versatile sort of canine commenced to increase.

The GSD Catches the Fancy of an Avid Aficionado

Ex-cavalry captain and former student of the Berlin Veterinary College, Max von Stephanitz, was a former member of the defunct Phylax Society, and he stood his ground believing that canines should be bred for employment. He extolled and explored the innate intelligence, ability and strength of the native sheepdogs of Germany but was unsuccessful in singling out a particular breed which satisfied his ideology of a perfect working dog.

Von Stephanitz attended a dog show in 1899 where he was presented to and met a canine given the moniker Hektor Linksrhein. A product of a few generations of selective breeding, Hektor absolutely fulfilled Von Stephanitz vision of what a working canine is to be.

He was very happy to witness the strength of the dog and was instantly taken with the intelligence of the handsome animal, its loyalty, beauty and stature that solidified Max’s decision to purchase the canine Hektor instantly.

After taking ownership and committing to be guardian to the canine, Max changed the dog’s name to Horand von Grafrath and Von Stephanitz proceeded to establish Verein fur Deutsche Schaferhunde or the Society for the German Shepherd Dog. The GS, Horand was the first canine added to the society’s registry of breeds.

The Important Role of Horand to the Breed We Know Today

Horand went on to become the centerpoint of breeding programs and was paired with dogs owned by other society members who showed desirable traits and attributes. Horand was also bred with dogs from Franconia, Wurtemberg and Thuringia. The very important Horand fathered many pups, the most successful pup being Hektor von Schwaben. 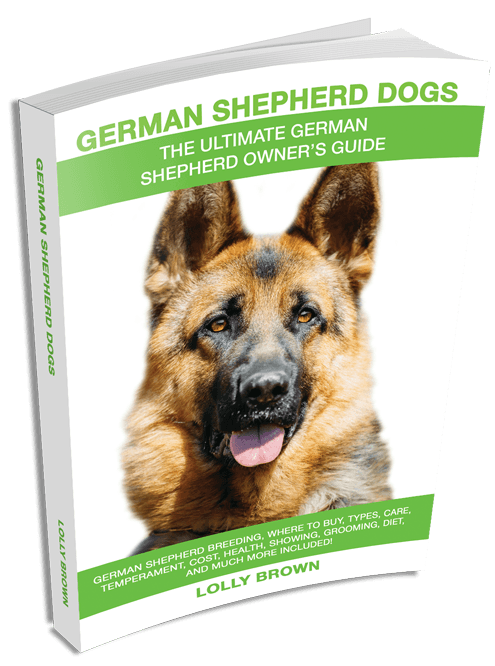