► Chapter Two: Things to Know Before Getting a Green Tree Python

Chapter Two: Things to Know Before Getting a Green Tree Python

Before all that, you might first want to ask yourself why you want to keep a Green Tree Python as a pet.  Green Tree Pythons can live for as long as 15 years, and by then, the novelty would have long worn off.  If you are thinking of getting one of these snakes simply because you think it’s a cool idea or because you want to be able to show them off to your circle of friends, then think again.  Alongside the wonderfully exotic flair they can lend you and your home comes the responsibility of taking care of them.  You will need to feed them, clean after them, spend for their care and maintenance, and educate yourself about the peculiarities of this species of snake.  A mistake can be dangerous, not just in their potential aggression, or the diseases that they can pass on to humans, but because of the repercussions should they escape their enclosures.  After several years, they will grow – which means that they will require more space and a bigger enclosure.  And even after 15 years, they might never show you an ounce of affection.

Green Tree Pythons can be wonderful pets to keep – but they should be treated with respect, and this respect begins first with an educated decision about you and whether you can honestly say that you can be fully responsible for one of these magnificent creatures.

Do You Need a License or a Permit?

In the United States, there is no federal law governing private possession or ownership of exotic animals.  You need to look closer to home – to your local and state laws and ordinances to see what is allowed and not allowed.  The regulations vary: some ban or prohibit exotic or dangerous animals, while others require permits that set down requirements such as microchipping, an established relationship with a veterinarian, and even insurance.  Some also require proof that you are acquiring the animal from a recognized breeder, and that the snake was bred in captivity (as opposed to captured from the wild).  Permits may also be required for importing, exporting, or traveling with an exotic or a dangerous animal.  This species is included in Appendix II of CITES (Convention on International Trade in Endangered Species of Wild Fauna and Flora), so international trade is monitored and regulated.

First of all, you have to check under which classification the Green Tree Python falls under – whether it is classified as an “exotic animal” or a “dangerous animal.”  Definitions vary, including the process for getting a permit, and so you really have to do your research.  And you need to constantly update yourself regarding your local state laws at least once every six months.  Regulations can change, and you don’t want to find yourself suddenly in violation of a law which was amended after you thought you had abided by it a year ago.

It is also a good idea to call your Fish and Wildlife Management Office.  Also check the legality of keeping pet snakes based on the regulations of your city, town, neighborhood, and even your apartment building, if you live in an apartment.  The simplest reason for this is that if you are ever found to be keeping such a pet illegally, the discovery could result in a penalty such as fines, and the confiscation of your pet.  At the extreme, you might not be able to find a veterinarian willing to give your Green Tree Python medical care if you are keeping it without the proper permit.

If all this seems terribly complex, remember that you are bringing a potentially dangerous animal into a human community, so restrictions and limitations should be expected.  It must also be added that the illegal trade in exotic animals is a lucrative business for backyard breeders and illegal importers.  If you care about these animals at all, you shouldn’t support activities which promote their illegal capture from the wild, or the breeding and transport of these animals in unsuitable and pitiless conditions.

How Many Green Tree Pythons Should You Keep?

It is recommended that you only begin keeping Green Tree Pythons after you have had at least three or more years of experience in keeping more docile snake species.  You would need to be very particular and cautious in the care and maintenance of Green Tree Pythons, so it might be a good idea to start with snakes that are recommended for beginners at first.

As with most animals, the question of whether or not you can keep more than one Green Tree Python largely depends on your capacity – financial and time-wise – to care for them.  To be on the safe side, you will probably need to keep them in separate enclosures – and this is especially true for juveniles and male adults, which can get quite aggressive with each other.  While yearlings and adult females can possibly coexist peacefully with each other in the same enclosure, this is not necessarily always true as it would depend on the individual snakes.  In any case, you should be prepared to feed your snakes separately, as feeding time can result in aggression between two Green Tree Snakes.

Even if you are keeping a reproductive pair together for purposes of breeding or mating, this does not necessarily mean that they should be housed together all the time.  Basically, keeping more than one Green Tree Snake requires separate enclosures at the least – ideally prepared beforehand, and these can be quite expensive.  This also means double the effort of cleanup and cage maintenance.  Assess your capacity to provide all these objectively, and be sure to make an informed and responsible decision on how many Green Tree Pythons you can keep.

Do Green Tree Pythons Get Along with Other Pets? 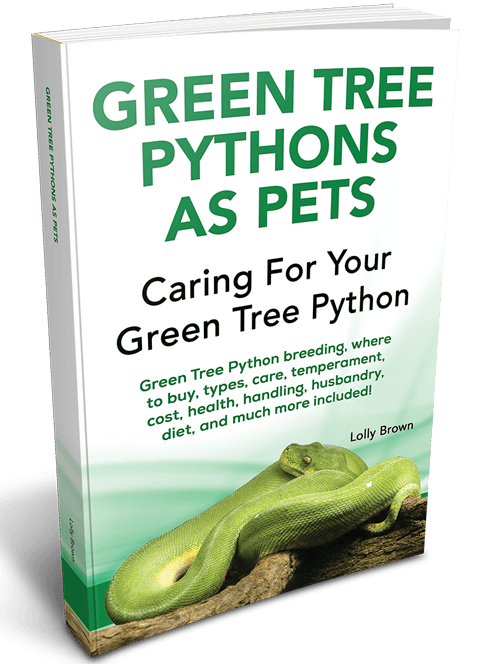