► Chapter One: What are Hedgehogs?

► Chapter Three: Preparing for Your Hedgehog

Chapter One: What are Hedgehogs?

Hedgehogs are small creatures which weigh around 600-900 grams and its span from snout to end of the tail is about 25 cm. It comes in different colored spikes with covers the topmost part of its body. It has about 6000 spikes in colors of white, brown and grey. In the presence of danger a hedgehog would roll itself up into a ball and its spines help look out for its safety. Find out a little more about our buddy, the hedgehog, in this next chapter and get to learn about its origins, lands where it is naturally occurs as well as its behaviors and traits.

A subfamily of the Erinaceidae in the eulipotyphla family Erinaceidae is what our feisty buddy the Hedgehog is otherwise known to be. A hedgehog is any of the seventeen species in five genera, which are spiny mammals, found in and throughout Europe. They can also be found in other continents and places such as Africa and Asia. Hedgehogs can also be found in New Zealand; however this was by way of introduction and nit natural occurrence. There was a time the Amph Echinus genus once was present in North America but it has sadly gone extinct.

Hedgehogs are not native of Australia nor do they occur in the Americas. The shews of the family Soleidae would be the specie which hedgehogs share ancestry with and the intermediate link between them is perhaps gymnures because this has not changed much over the span of 15 million years.

In East Africa, hedgehogs are found across a wide range of varieties of climates and terrains. The hedgehogs of East Africa are known to have dry enclosures on good soil with enough supply of food like insects and other creatures in order to thrive. Hedgehogs are said to be abundant in Africa, particularly in Nairobi. The weather and terrain here meets the conditions the hedgehog from East Africa needs to call a region a great habitat.

Hedgehogs can usually found in the following:

The average weight of a hedgehog is approximately ½ to 1-¼ pounds and many of them have the similar size of a softball or a tad larger when they are curled up into a ball. There are some adult hedgehogs which have a slightly larger built and could weigh up to 2 pounds, which is about the size of a small guinea pig, without being overweight. Many hedgehogs are about six to eight inches in length, but it is hard to be accurate and consistent in measuring a hedgehog since their body transforms shape when it is curled up, relaxed, sitting or moving.

These little prickly guys are easily recognized because of the spines they have. These spikes are basically hollow hairs which stiffen with keratin release and used by the animal to defend itself against predators or when it feels like it is in danger. Unlike the quills of the porcupine which are barbed, poisonous and easily detached, the spines on the hedgehog do not remove easy. A young hedgehog, however, does shed its spines as it matures and is promptly replaced by adult spines. This is the process called quilling. Another reason for quilling their spines outside of growing mature ones is when the hedgehog is under extreme stress or if the animal has a disease.

The seventeen varied species of hedgehogs each have their own predators with which they have to mind and contend. Owls, ferrets and some birds prey on forest hedgehogs. On the other hand smaller hedgehog species have wolves, mongooses and foxes to fight off, dodge or succumb to. Although some of the hedgehog species are active during the day, what you want to remember is that these spiky little critters are primarily nocturnal and will be up most of the night.

In the wild, hedgehogs can be found sleeping the day away on grassy patches, under rocks and bushes. Other times they like to burrow dens in the ground. So you can see the variations of each of the species habits and behaviors, but we’ll talk more about that later. Although not all hedgehogs hibernate, most wild ones do. Hibernation would also depend on species, temperature as well as food abundance. Depending on the species, our feisty little buddies are pretty vocal and like to chatter using a combination of squeals, snuffles and/or grunts.

Once classified traditionally but now belief of the hedgehog being solely an insect-eater, it has now been more apparent that our cunning little buddies are omnivorous. They are seen to favor snails, insects, toads and frogs, carrions, bird eggs, as well as snakes. Your hedgehog will not be averse to dining on grass roots, berries, watermelons, melons and mushrooms. During early spring and after hibernation, Afghan hedgehogs love to munch on berries, which constitute a big part of their diet.

The gestation period of a carrying female hedgehog is 35–58 days but this is dependent on the species. The average yield of a larger hedgehog species is a litter of 3–4 newborns and 5–6 for the smaller ones. Like with most animal species, it is not unusual for a male adult hedgehog to kill newborn males. Hedgehogs, for their size, have an impressively long lifespan. 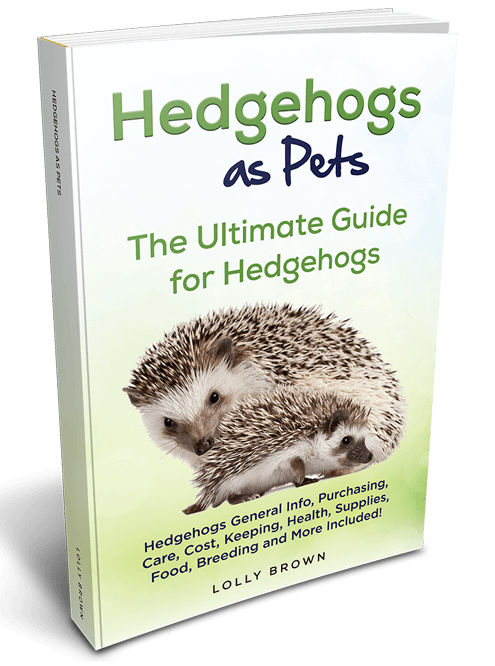