► Chapter One: Presenting the Himalayan Cat

► Chapter Two: Get to Know the Himalayan Cat

► Chapter Three: Things to Consider Before Buying a Himalayan Cat

► Chapter Five: Maintaining the Health of Your Himalayan Cat

► Chapter Eight: Safety Tips on How to Feline – Proof Your Home

Chapter Two: Get to Know the Himalayan Cat

The Himalayan cat is a breed of feline that was developed through human intervention in the United States. It is a breed developed in 1931 by cross-breeding the Siamese and the Persian with the intention of marrying the blue eyes of the Siamese and the colour – points of the Persian cat. Initially done to determine the method of how the colour-point genes were passed on and selective breeding developed the longhaired cats, complete with the unmistakable colour points.

Through the initiative of Harvard Medical Researcher Clyde Keeler and cat breeder Virginia Cobb the Himalayan cat resulted. Both these individuals responsible for the breed bred the cats back to Persians intending to build a foundation breed. And once the Himmies bred true, they sought recognition for the cats.

The Himalayan cat breed by the some of the most renowned cat-fanciers association in the United States and the world, like The International Cat Association (TCA), American Cat Fanciers Association (ACFA), the Cat Aficionado Association (CAA) and Cat Fanciers’ Association (CFA) today. Some recognize them as a category on their own, whilst the rest of the associations classify them separately.

The Himmies were given recognition by the CFA as a breed on its own in 1957. However, this sole classification was revoked in 1984, reclassifying them as a Persian with colour variety. This goes the same for the ACA as well as the ICA. All three of these cat associations currently recognize the Himalayan cat as a member of the Persian group, inclusive of the Exotic Shorthair and the Persian cat. These days, the Himmie is allowed to be outcrossed with Persians or Exotic Shorthairs. However crossing a Himmie with a Siamese is now out of the picture and is no longer a part of the breeding program for Himalayan cats.

It would good you good to know is that they are able to easily integrate themselves into families and households that extend it loving respect. With proper integration coupled with a lot of loving patience, they are able to share space with other pets that are able to get along with them.  The Himalayan cat is certainly a loving sort who would be happy to share love and attention with its other furry pals but the beautiful creature thrives most especially during its downtime with its human family.

The Himalayan Cat Breed – A History in Brief

Little is known of the origins of the exotic Himalayan cat until the 1930’s when the breeders searched for ways to combine the distinct looks and personalities of the Persian and Siamese cats.

It is believed that the Persian long-haired cats come from the Pallas’s cat, a wild cat which calls central Asia its natural home and that is naturally without stripes or spots and possess luxuriously long supple fur. There is, little to no ontological or other evidence for this supposition. The Himalayan is said to be possibly more a result of the long-haired domestic cat which were purposefully chosen by man in the hopes of successfully combining and developing the distinct looks and characteristics of each feline.

Ongoing examinations are being conducted in order to reveal the descendants of the Himalayans. One research and experimentation example is the rare colour variety of the American mink which was said to have been found living in a ranch in Nova Scotia and commonly called the marbled variety sort due to the distinct distribution of pigment pattern similar to that found in some other species who sport similar patterns; examples to cite are the Siamese cat and the Himalayan mouse.

The Himalayan came about through human intervention and is a breed which was developed by cat fancier Virginia Cobb and scientist Dr. Clyde Keeler. The first ever Himmie came about during the fourth-generation cross-breeding try of the Massachusetts-based Newton Cattery member and the Harvard Medical School tandem of Ms. Cobb and Dr. Keeler.

The Himalayan Cat – Born in the USA

Work to formally establish a breed with combined Persian and Siamese traits, explicitly for the cat fancy, began in the United States in the 1930s at Harvard University, under the term Siamese–Persian, and the results were published in the Journal of Heredity in 1936, but were not adopted as a recognized breed by any major fancier groups at the time. Brian Sterling-Webb independently developed the cross-breed over a period of ten years in the UK, and in 1955 it was recognized there as the Longhaired Colourpoint by the Governing Council of the Cat Fancy (GCCF).

The job to establish the breed formally, combining Siamese and Persian cat traits, solely for the intention of defining the colour pattern points as well as each of the breed’s character traits, started in the USA in the 1930’s. It was in Harvard University where tests and development was conducted and where the cat was classified under Siamese-Persian category. Results of the development of the Himmie were later published in 1936 in the Journal of Heredity. At this time, no cat association had yet recognized the breed.

It was much later on when an independent breeder in the United Kingdom, named Brian Sterling-Webb, developed the cross-bred cat over a period of 10 years, and eventually got its recognition by the Governing Council of the Cat Fancy (GCCF) as the Longhaired Colourpoint.

Continued breeding efforts were carried out separately in the United States in the 1950’s by a breeder simply known and remembered as Mrs. Goforth. It was through the efforts of the good Mrs. Goforth that the Himalayan Cat received recognition of the breed from the Cat Fanciers Association toward the tail end of 1957.

The interest in giving the long-haired Himalayan the colouration of the Siamese was of the main interest of many breeders back then and this reinforced the stock breed through outbreeding it to Persians, with intent to keep the dominant traits of the Persian cat. In the 1960’s, some breeders began re-introducing Siamese cats to the breed in the attempt to produce less of the Persian-looking cats. The concerted aim to re-establish the Himalayan cat breed along the more Persian-like appearance and trait came about in the 1980’s. This effort caused the breed to be merged as a variant of the Persian breed in some of the more notable cat registries in the early-mid 80’s. 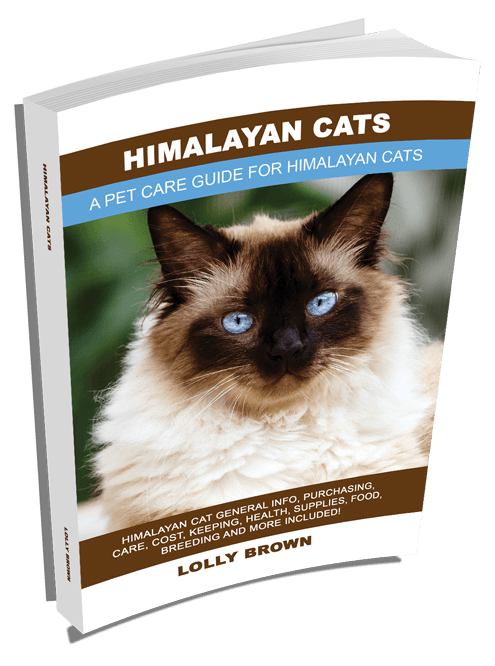