This eight legged critters that make people shriek share an eternal love and hate relationship with us humans and also our ecosystem whether we like it or not. Despite their hairy and creepy appearance, many of them including the Huntsman are pretty harmless although the bite could definitely sting like a bee. Still there are lots of spider species out there that are quite venomous but those kinds are usually found in the deep jungles or in the wild. Just like sharks in the ocean, these eight legged critters play an important role in our ecosystem but it’s quite understandable that some people just don’t like to be anywhere near them.

Of all the 40,000 spider species in the world, the Huntsman spider is feared perhaps the most undeservingly, and it’s mainly due to its agile abilities and crab – like legs. In this chapter, you’ll learn in depth about this creature including its extraordinary appearance and abilities. See if the Huntsman is the kind of pet spider you want to have in your collection.

Huntsman spiders are arboreal creatures which mean that they are comfortable if they’re up in the air or hanging in your walls. However, they can still adapt living upon the ground or flat surfaces like tree trunks, branches, or the terrarium you’re going to provide for them.

They are large and long – legged creatures that usually come in grey and brown colors. They are also quite distinct because their legs are banded.

Other Huntsman spider species like Delena (which is the flattest), Holconia, Isopedella, and Isopeda have flat body structures that are well adapted for residing in small or narrow spaces such as under rock crevices or loose barks. They can live in such tight spaces because they have the ability to bend their legs vertically in relation to their body. They can also twist their joints that they spread out laterally in a crab – like manner. On the other hand, the Heteropoda (brown – colored Huntsman), and Neosparassus (badge huntsman species) have less flattened bodies.

The brown – colored huntsman species has a light motley brown pattern. They are usually found in houses and the mother spider often times leave their egg sacs in pipes causing young huntsman spiders to come out in the bathroom.

These huntsman species are called “Badge” because of their shield – colored pattern. They have striking yellow, orange, black, and red colors that are hidden underneath their abdominal area. The upper part of their body sports an even yellow and brown color, and their head is smooth.

Green Huntsman species actually sport a more fawn – colored body than green. However, these creatures do have a green colored leg joints, and you can find a greenish colored area throughout their body. They also possess black dots on their abdominal area. They are known as timid, and some of them have an orange – looking moustache (patches of hair) between their fangs.

These species sport a chocolate – brown to a black stripe color that extends halfway down their body. They also tend to be timid spiders like the Green Huntsman, and they have a flat head.

The Huntsman spider is believed to have originated in Sri Lanka, and southern regions of India but majority are now distributed in many regions of Australia, and even in warm areas like Florida, U.S.A. These spiders are fond of entering houses and buildings where their prey – hunting abilities are welcomed. Huntsman spiders are also known as the “Giant Crab Spider” because their 2 pair of front legs is spread out just like a guarded crab. They have incredible hunting and preying abilities even at a young age; juvenile ones can easily kill roaches, and the adults can catch lizards and even small – sized bats in the wild! They are quite ravenous indeed!

Huntsman spiders get to grow freakishly large but they are really not that scary as most people would think. However, as a precaution especially if you are just a newbie keeper or someone who haven’t handled large spiders like this one before it’s important to note that their bite will not kill you but it will sting – and they are definitely a biter.

Do keep in mind though that the reason they bite is because they feel threatened or perhaps they are mishandled. There’s a possibility that their mild venom can cause some allergic reaction to some people, and there had been some cases on rare occasions that their bite could affect the central nervous system of the body. Some people experience diarrhea, vomiting, nausea, or hot/ cold chills, but people usually report that they’re fine the next day, so as a precaution, try not to touch your Huntsman spider if it’s not needed.

If ever you do like to play with them, I suggest you use a glove to avoid getting bitten. Do not let them be handled by your kids as well, and if you do, make sure to supervise them. As I’ve mentioned before, these spiders are quite aggressive in nature, though for hobbyists they’ll be treated as “playful” but if taunted or if they feel uncomfortable with how you handle them, they will NOT HESITATE to bite you.

The Huntsman spider’s scientific name is Heteropoda venatoria. They are distributed in mainland Australia, and they mostly thrive in cold regions of other countries, while some have found their homes in warmer areas. They are considered pantropical creatures or cosmo – tropical species. They can also be found in subtropical areas of United States like California, Florida, Texas, Georgia and coastal areas of South Carolina. They can also be found in some parts of Asia as some of its relatives are distributed there. Aside from being known as the Giant Crab Spider, Huntsman spideys are also called Banana Spider because of its occasional appearance in bananas that are being sold in the market.

Huntsman spiders are often times mistaken for big brown recluse (Loxosceles reclusa) which is a poisonous and venomous spider. However, the Huntsman is neither related to these spider species nor it is that dangerous to humans. 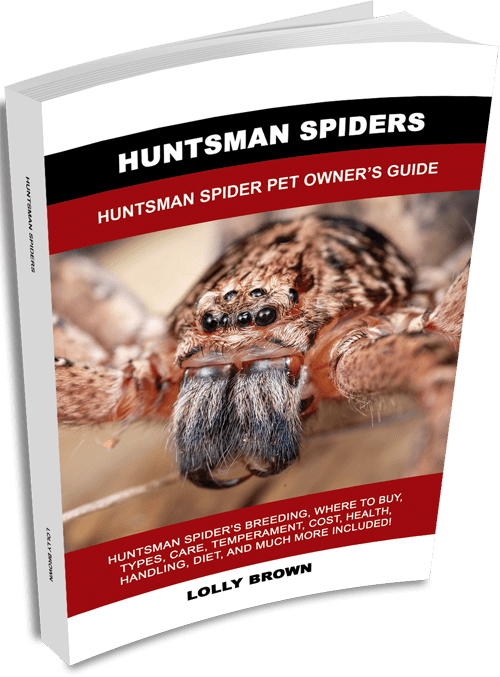