Are you now thinking of getting a Japanese Bobtail cat? Fantastic! After knowing what they are, their behaviors, and how to deal with them, it’s time to give you practical tips on what you need to know before buying one.

In this chapter, you will get a whole lot of information on its pros and cons, its average associated costs as well as the licensing you need so that you will be well on your way to becoming a legitimate Japanese Bobtail pet owner – should you decide to be one! It’s up to you! Read on!

and silky skin, and very pleasing to the eyes.

If you are planning to acquire a Japanese Bobtail as your pet, there are certain restrictions and regulations that you need to be aware of. Licensing requirements for pets varies in different countries, regions, and states.

In the United States there are no federal requirements for licensing either cats or dogs – these rules are regulated at the state level. While it is true that most states do not have a mandatory requirement for people to license their cats, it is always a good idea to do so because it will not only serve as protection for your pet but also for you.

Here are some things you need to know regarding the acquirement of Japanese Bobtail cats both in United States and in Great Britain.

The average annual license cost is $10.00. Cat licenses for senior citizens are $5.00. Costs may vary depending on state.

When you acquire license for your cat you will be given a cat number that can then be linked to your contact information. If your cat gets lost and someone finds it, its license can be used to track you down so that they’ll be able to return to you your pet. Of course, this information will only be available if your cat wears a collar with an ID tag.

It is also ideal that four month old cats and up as well as indoor cats should still have a license because it is required by municipal law. Even those cats that never leave the house have a way of getting out through accidentally open doors, gates, or windows. Also, a natural disaster like an earthquake or fire may cause your pet to flee the safety of your property; having your Japanese Bobtail cat licensed, will help reunite your lost pet with you.

If you want to apply for a cat license, you can search the website of your municipal or state government online. You will be able to download the application form and just follow the procedure. After filling up the form, you can mail it to their office together with a fee, in some states there is currently no fee for a cat license so make sure to check first and find out how much it cost.

Documentary requirements must be submitted before permanently getting a pet license. They are as follows:

In most states, these are the main documents needed to get a cat license. There might be additional requirements that need to be submitted in other states. The license will be considered temporary status until all documents are received.

If you don’t want to put a collar on your cat a good alternative option is to have it micro-chipped. A microchip serves the same function but they can be embedded under your cat’s skin so that it won’t be lost. The procedure for having your cat micro-chipped is very quick and painless.

Your cat may also be subject to a quarantine period to make sure he isn’t carrying a disease like rabies – rabies has been eradicated from Great Britain through safety measures like these so it is important to maintain them.

Generally, Japanese Bobtail cats are lively and very interactive, that is why it’s a perfect choice for families with children. There is actually no general rule when introducing your pet with other types of animals, sometimes they’ll get along, sometimes they won’t.

Fortunately, Japanese Bobtail cats are such friendly creatures, they tend to get along with other cat species as well as other pets like dogs. You can expect your cat to accept others but do so with caution so that they could easily warm up with their new animal friends.

Japanese Bobtail cats have a reputation for being interactive and very playful. They love to hang out and play around with people which make them suitable as family pets. As a caution, you should always supervise kids to make sure they don’t annoy the cat.

How Many Japanese Bobtail Cats Should You Keep? 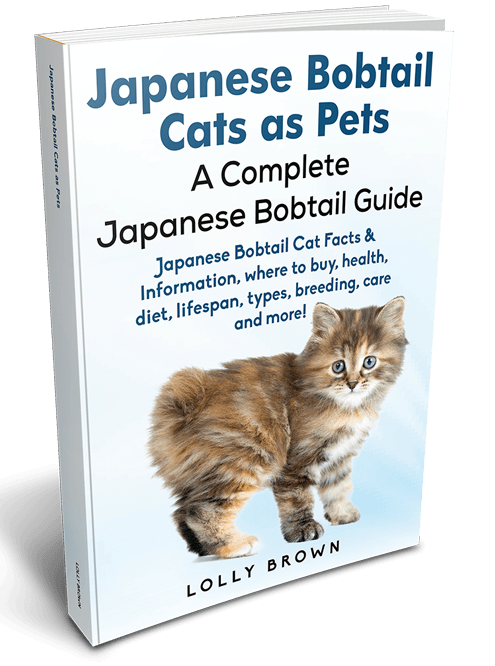