Manx cats may often time look like your loving grandparents, your curious neighbor, your energetic pal, or that very playful sibling you always wanted. In whatever attitude or mood it appeals, you can expect it to make you appreciate life and make every moment count like you’ve never seen it before.

The Manx is a unique and wonderful breed of cat but it may not be the right choice for everyone. Before you decide whether or not it might be the right pet for you and your family, you need to learn and invest a significant amount of time in getting to know these animals.

In this chapter you will receive an introduction to the Manx cat breed including some basic facts and information as well as the history of how it came about.

This information, in combination with the practical information about keeping Manx cats in the next chapter, will help you decide if this is the perfect cat companion for you.

Aside from its interesting personality, Manx cats were also admired by cat owners because of its unique physical characteristics and beautiful coat colors and markings.  Manx cats come in a variety of colors and different patterns. The official colors of Manx cats recognized by cat associations are Red, White, Tortoiseshell Blue, Blue cream, Black, Silver, Cream, and Brown while their patterns can be a variety of markings such as Tabby, Solid color, Ticking Tortoiseshell, Shaded, Bicolor, Smoke, and Tricolor or also known as Calico.

Generally, the head of the Manx is rounded in shape, as well as its cheeks and eyes. It has powerful hind legs that enable it to run in great speed and jump high despite of its weight. Their coats can either be shorthair or longhair both with a double-coat that are soft and plush.

One of its remarkable characteristics that can make these breed easily be identified is their tails. Some of the Manx cat tails have a long normal tail but most of them have a short stub while others appear completely tailless, this trait had been passed on through genetics and it still appears even in mixed-breeds.

Both male and female Manx cats weigh an average of 8 – 12 pounds though sometimes males can be quite heavier and larger than females.

Manx cats, like any other cats, are generally carnivorous. Its nutrition is something that an owner needs to pay attention to because if not done properly, these cats can suffer from obesity. Usually pet cats such as the Manx can get its complete nutrients with variety of cat foods available in local pet stores and even online. The general guideline when feeding cats is that the cat food should have high and balanced levels of amino acids, vitamins, fiber, minerals and fats to maintain its health and keep it away from diseases.

In terms of its health, as mentioned earlier, Manx’s doesn’t have any health issues but are still pre-dispose to certain genetic conditions such as the Manx syndrome. Now that you know what your pet is made of, be sure to keep that in mind so that they will be properly taken care of. Here are some quick facts about your cat:

The Manx cat breed had been around for thousands of years, it is in fact one of the oldest known breeds.

One of the distinct characteristics of a Manx is its tailless appearance, and for centuries there had been many assumptions and legends surrounding the origin of the breed and why it has a tailless feature.

One of the legend is during the time of Noah, when Noah called all the animals to come to his ark, the Manx cat was apparently sleeping and came just in time while Noah is already closing the door of the ark, cutting its tail entirely.

Around 1588, according to another legend is that the Manx was from a ship of the Spanish Armada that sunk near the coast of Great Britain on a remote location called the Isle of Man. The breed’s genetic mutation was further developed there. 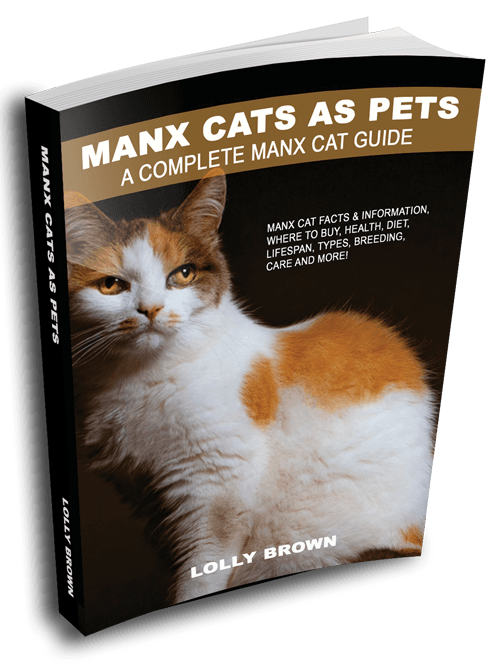