► Chapter One: Poicephalus Parrots in General

► Chapter Five: Forming a Bond with Your Poicephalus Parrots

Chapter One: Poicephalus Parrots in General

Poicephalus parrots or Ruppell’s Parrots are regarded as one of the most outstanding companion birds especially for newbie parrot keepers. The Senegal poicephalus and Meyer poicephalus parrots in particular are considered by many pet keepers as the best poicephalus species because they are fairly easy to care for – thanks to their great personality and low – maintenance costs. What makes them very likeable is that they do not scream or ‘talk’ too much compared to common parrot species; they are sociable yet mischievous, fun, and affectionate birds.

Needless to say, they have big personalities wrapped up in small packages making them perfect housemates and family pets – not to mention suitable for those living in apartments.

The Poicephalus consists of various sub – species that are small to medium in size. On average, these birds measure around 8 to 13 inches in length, and weighs around 100 to 300 grams depending on the sub – species. They live for about 20 to 40 years (and sometimes more).  The sub – species of Poicephalus that are commonly kept as pets include the following:

Parrot species under the genus Poicephalus usually have stocky bodies, and short tails. They generally have the same behavior as lovebirds but perhaps not as quick moving. This is especially true with Cape parrots since they are quite larger than the average Poicephalus species making them move quite slowly. However, lots of keepers also like to take care of this particular species because of their trademark ‘smile’ which is due to the shape of their beaks.

The smaller species typically sport a more vibrant colored body and also irises, and since they are small, they are very much inclined to engage in playful activities with their owners/ other birds. When these birds are aroused, they usually present a very impressive eye pinning combined with high pitched sounds.

Poicephalus birds are naturally arboreal creatures. In the wild, their diet consists of nuts, fruits, and sometimes edible leaves. Even if they live together with their relatives, and congregate during eating time, sometimes they can still be quite aggressive to protect their food, and nesting/ personal space.  We will discuss more the kinds of food they eat, and how you can properly feed them in the next few chapters.

Poicephalus birds that have already established his/her own personal space or territory can be aggressive towards other birds. The confidence that makes these compact birds quite endearing can be shown through its bravery when it comes to defending its territory especially for mother birds that just gave birth; they will fight and defend their nesting space once they’ve established it. They do it through fluffing up their feathers to make them appear big, they’ll pin their eyes, or they’ll climb in its cage if an undesired trespasser enters their ‘space.’ Persistent invasion of their space either by you or other bird species can make your pet quite aggressive, and can also lead to biting you.

The good news is that aggressive behavior can be prevented, and also addressed. One way of avoiding aggressive behavior is by not forcing your bird to mate, and through slowly introducing it to another bird species if ever you decide to keep another one inside the same cage.

Items that you put inside the cage shouldn’t be perceived as nest boxes, and their diet should be something that has more protein content and less fat. Such changes can help in controlling hormone levels that’s related to reproduction. If you manage to control their hormone levels, your pet parrot will not trigger aggressive behaviors.

In addition to this, you can also alter the way you interact with your bird, and train it at a young age so that you can form a bond with him/her, and he/she can freely decide on what to do inside the cage without you always handling them. This will also help your bird to focus on more beneficial activities rather than in aggressive behaviors because they’ll be stimulated, they will feel confident and also quite independent.

When Poicephalus parrots have reached sexually maturity (typically around the age of 2 to 3 years old), they tend to become quite aggressive, and increasingly want to feel independent. This transition usually catches a lot of owners off guard, but you have to understand that it’s a phase – much like when kids become teenagers. Some keepers end up returning their pet parrots to a shelter or back to the breeder for the reason that their once cute and cuddly parrot has turned ‘vicious,’ or suddenly became easily agitated. There are some Poicephalus owners who are used to keeping smaller and gentler bird species like cockatiels, making it much harder for them to adjust to the sudden aggressive behavior of Poicephalus birds, and due to this, they often regard these birds as vicious.  This leaves lots of owners frustrated, and that’s primarily because they don’t have any knowledge that birds also go through behavioral changes. Needless to say, this is just a phase.

Keepers who aren’t aware of why their birds are suddenly quite aggressive, and wanted to be left alone often result into them returning the aggression through shouting at the birds, depriving them of their needs, spraying them with water, hurting the bird, or deliberately punishing them. Doing all of these can just make the situation worse, and your Poicephalus parrot will be harder to tame, handle, or train. Your bird will either become too aggressive, or too scared of people. In addition to that, the relationship and bond that you’ve built with your pet will be damaged, and if you hit them, they can also suffer injuries that could result to death.

If you find your parrot becoming aggressive, you can handle it using various techniques to keep their aggressiveness at bay. However, you have to understand that even if you do that, your parrot will never be the same as it was before undergoing this behavioral change – and that’s okay. Like teenagers, this is all part of ‘growing up,’ you can’t really control it so the best way to handle this is to change your approach and be extra patient. 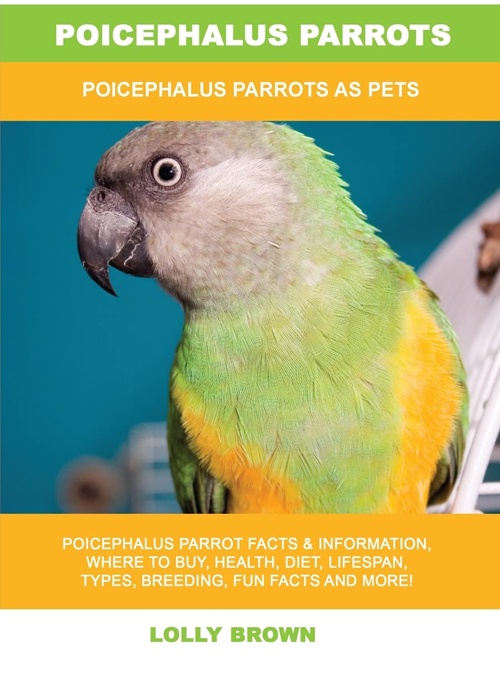