► Chapter Two: What Are Ragamuffin Cats?

► Chapter Four: What Does it Cost to Keep a Ragamuffin Cat?

► Chapter Six: How to Feline-Proof Your Home

► Chapter Eight: The Nutritional Needs of Your Ragamuffin Cat

Chapter Two: What Are Ragamuffin Cats?

Not to be confused with its close cousin the Ragdoll, the Ragamuffin is now a separate breed of its own. Although little documentation and information is available about how the Ragamuffin was developed, speculations about its occurrence are hinted like it was probably developed by crossbreeding it with some breeds with long hairs like the Birmas, Persians, other long-haired domestic cats and Turkish Angoras.

Interesting Personality Facts and Traits of the Ragamuffin Cat

This densely coated cat is a versatile companion to many and has been said to shadow their humans going about their day around the house. It is very open to join in child’s play doing different playtime activities. You will find it willingly allowing itself be dressed up for calendar photo shoots or sitting down to high tea. It has an open and exceptional nature and makes for a good travel buddy during holidays and vacations. The Ragamuffin is not fussy at all and would even be willing to be taught to walk on a leash.

Don’t let the lush fur of the Ragamuffin’s fool you into believing that it is difficult to groom because it is, in fact, one of the most low maintenance cats owing to their silky soft fur which isn’t prone to tangling. That being said, it is highly recommended that you tend to its coat by routinely giving it a good brush once or twice a week to prevent its coat from matting. It enjoys gentle quiet time with its human family and won’t have a problem allowing you to give it its weekly grooming routine as long as you are gentle and revere it with kindness.

Just like other felines, the Ragamuffin sheds it fur but not in excess. So even with its dense coating, maintaining your Ragamuffin won’t be too much trouble. However, always make sure to ask for the cat’s history because it has been noted that Ragamuffins with Persian ancestry are more prone to coat matting.

Apart from the weekly brushing your Ragamuffin needs, the only other grooming requirements it would need would be ear cleaning, nail trimming and at least twice a month tooth brushing. We advise that you use a swab of cotton moistened with an ear cleaning solution approved by your vet. While you’re at it get a recommendation about what toothpaste to use to brush your feline’s teeth. As healthy a breed the Ragamuffin is it is a feline and most felines are prone to periodontal disease.

The size of the Ragamuffin is often compared to that of a small dog since it can weigh anywhere from 10 to 20 pounds. A large cat with an equally large heart! Keep this utterly friendly feline indoors. Because its docile temperament Ragamuffins have a tendency to warm up quickly to people who show it kindness and could give the wrong ideas to someone who may fancy the feline and, worst case scenario, take it home to make it their own. Keeping the feline indoors will also protect it from road traffic and accidents, diseases carried and spread by feral animals and attacks from wild animals and big dogs who don’t like cats. The Ragamuffin cat, if kept and cared for under optimum conditions, can enjoy a life of up to 3 years or more.

The Ragamuffin is a cousin and descendant of the Ragdoll cats. It is a very young sort of feline, recently given its own classification and breed in 1994. It was Ann Baker, a Persian cat breeder who discovered the litter of kittens in the 1960s, which were birthed by a neighbor’s cat who was non-pedigreed. The kittens, Ann realized were a lot more laid back and friendlier than most cats she had come across in the past.

Josephine was the name of the mother of this litter, and Ann was fortunate enough to be allowed to purchase some of these kittens. She then proceeded to breed them and was able to successfully develop a few breeds, which included the Ragdoll. She classified and labeled them all under “Cherubim.”

Soon enough other breeders got wind of these new friendlier cats and decided to get in the game and join Ann in raising the descendants of Josephine. Ann frowned upon participating in accredited cat registries but ironically founded a cat registry of her own which she called the International Ragdoll Cat Association or IRCA. She then proceeded to trademark the “Ragdoll” name. Ragdolls are large felines with big, blue eyes and color-points. They don’t differ too much from their cousins the Ragamuffins with their medium long coat, and lovely dispositions.

Ms. Baker kept a tight rein on the procedures of breeding Ragdolls and because of the stringent requirements she adhered to and imposed some breeders broke away of the controlling Ann in the 1970s. This group toiled to get major kitten associations recognizes their sweet Ragdoll kittens. Ms. Baker kept leadership and control of the Cherubim kitten breeding  when the first group broke away to establish the Ragdoll breed in other associations. There were however a considerable number f people who believed and championed Ann’s cause and stayed with the IRCA and continued breeding the Cherubim and Ragdoll cats.

The Beginnings of the Ragamuffins

The 1990’s saw Anne age and as she did she had started imposing more demanding requirements of the breeders under the foundation she established. Ultimately a second breakaway group comprised mostly of the breeders who stayed, left to form a group independent of Anne’s foundation in 1993. It was this group of breeders who formed the Ragamuffin foundation. A blend of all the Cherubim breeds were the first pool of cats the foundation started out with and they noted how these kittens turned out to be more friendly and lovable with easy-going personalities that seemed to thrive in almost any conducive environment friendly to cats. 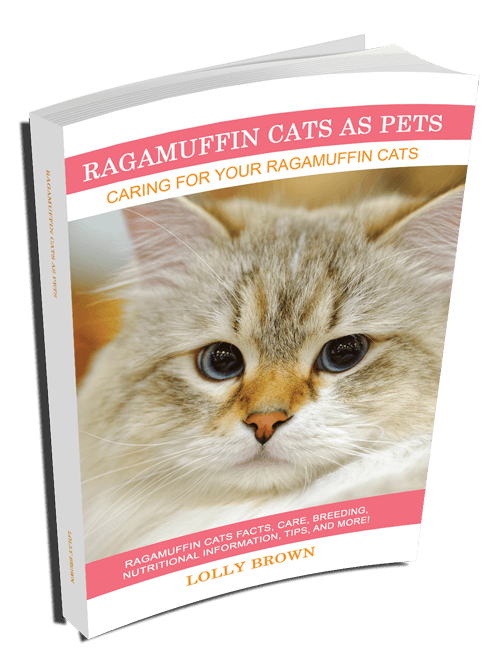