Red – foots are popular household tortoise pets and that’s mainly because of their striking shell coloring. Like most turtle and tortoise species, they are generally easy to maintain and can live for a long time. They sort of have that stereotypical – look for a tortoise. Red – foot tortoises have a large shell that has interesting marking on the top. If you are thinking of keeping a red – footed tortoise as a pet, keep in mind that even if they are not high – maintenance pets, they live way longer than a conventional household pet. Just make sure that you are prepared to keep them for the long run before you make a commitment or acquire them.

Red – footed tortoises have a high domed shell with red to yellow – orange marking on the face. They typically have orange – red scales to yellow – reddish shade on their forelimbs. Each keratin scute on their carapace (upper shell) typically has a yellow – colored center. The sizes of a typical adult red – foot tortoise usually vary but it can measure around 30 to 50 cm or 12 to 20 inches.

Aside from the difference in scales, female red – foot breeds usually have a more elongated body shape while adult male red – foots have hourglass shape.

On the other hand, male and female yellow – footed tortoises have a rounder and flatter overall body shape.

Red – footed and yellow – footed males can be identified from females because they generally have longer tail and concave plastron.

If you want to know similar – looking breeds, you can check out these other tortoises:

Red – Foots in the Wild vs. In Captivity

Wild red – footed species, who are prolific diggers, are mostly found in the regions of South America. They typically burrow so that they can have a safe shelter to stay in especially when the temperature becomes to humid for them, and if they need to hide from any predator. Most tortoises find it comforting to hide in a spot where they can tightly fit in. This is why they are often found inside a tree trunk, sometimes with fellow tortoises.

Red – foot tortoises also display social behavior in the wild. They often hang out with their fellow species, sharing food together and just gathering in small groups like how it is in a pack. Compare to other turtle/ tortoise species, they are not overly territorial particularly when it comes to nesting or during feeding time. The only time that they will compete with one another is when two males are competing on who will get to mate with a female during breeding season.

In captivity, red – foot tortoises may often be shy to interact or wander around the terrarium. You may find themselves burrowing or hiding especially when they feel stressed out. Most turtles and tortoises in general don’t want to be handled. This is why you have to ensure that you prevent young kids from handling them because not only will it stress the tortoise, kids can also be infected with salmonella.

Are you legally allowed to keep a red – foot tortoise? Well, there are varying degrees in which legal protection is afforded to red – foot tortoises but due to continuous illegal capture in certain areas it can still be a threat to this species.

You won’t really need to get a license if you decide to keep or breed these adorable creatures because they are listed in the Appendix Two of the Convention on International Trade in Endangered Species which means that they can be traded for commercial purposes but they can’t be taken from the wild unless you got the approval of wildlife organizations or authorities.

Since tortoises like red – foots falls under the Appendix Two category it also implies that you will not be allowed to transport these tortoises from one country to another if you don’t have an export certificate from wildlife organizations and from your country of origin. You’ll also need to secure an import certificate to the country of your destination.

If you want to travel or transport your pet tortoise, you should have these certificates in order to satisfy authorities that your pet is obtained legally. It may vary from one state or country to another but authorities may need to check document that states the name and identity of your red – foot tortoises.

You’ll also need to state your name address, contact details as well as other personal information to be kept for future reference and also for legality purposes. If as a keeper or breeder you don’t comply with the regulations, authorities has grounds to automatically confiscate your pet tortoises, pay a fine, and even face imprisonment. If you’re going to buy or sell red – foot tortoises from other countries, you’ll need an authorization for import to make sure that they will be legally imported.

Tortoises being traded in other countries sometimes can be hard for authorities to differentiate whether or not they are wild or captive – bred specimens which sometimes contribute to illegal importation.

In many South American countries, red – foot tortoises are more than just pets, they are symbols of longevity, happiness and fertility which is why conservation activities are much easier to promote and maintain. Smuggling of these tortoises in South American countries is evident because enforcement is insufficient which is why wildlife advocates are aiming to address this problem. The good thing is that these red – foot tortoises thrives in captivity and breeds easily in countries like United States making it enough to supply the demand for these pets.

The illegal pet trade paved way for environmental organizations established a program in South American countries on how to protect illegal smuggling of pet tortoises. They’ve also established an information, breeding and protection center and even initiated some conservation projects to further protect these species, which is why despite of the continuous desertification threat in the country, there are still a lot of people who are willing to preserve these wildlife gems. 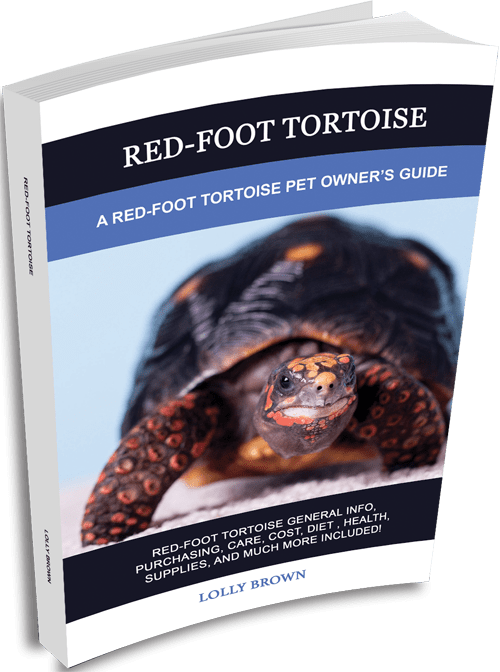