► Chapter Four: Setting Up a Habitat for Your Savannah Monitor Lizard

Now that you have a basic idea about what Savannah monitors are all about, and have a background knowledge about its different types, it’s time to get to determine what makes this docile ‘beasts’ great pets or popular lizards. We will delve deeper on what it takes to really become a keeper by learning about its temperament as well as the license or permit needed for keeping them, and also the budget you’ll most probably need to provide all its requirements. These are all important before you purchase a Savannah monitor lizard. Taking care of these large creatures needs total commitment.

As mentioned earlier, in the wild as well as in captivity, male savannah monitors tends to be aggressive in protecting their territories against other lizards or animals. Males usually make threats to intimidate or scare off other species, and usually if the trespasser is also another kind of monitor lizard, it will end up in a fight or a wrestling match which could cause severe injuries and sometimes fatality. This kind of territoriality behavior is still present among male savannah monitors that are captive – bred even if they have been living with another (male) species and has been properly socialize. But of course, don’t be surprise if you see two males wrestling from time to time, it’s their nature to do that.

They can feel if they are being threatened through their forked tongues. It’s not only use to find prey or locate the food but it’s also use as a defense mechanism to strike potential predators and locate their scent through the sensory of their tongue. Of course this won’t be a problem if you tamed them while they are still young, this is the reason why socialization and constant handling are important so that once they grow older and larger; they will already be used to human touch and will not be aggressive.

As with most monitor lizards, if you taunt your Savannahs they could become aggressive towards you or if you are not handling them properly, they usually hiss and could strike you with their tails.  In the wild, they defend themselves by running away from the predator since they are quite faster than most animals, if they got away from the enemy, they’ll usually hide in trees or burrows.

Even if your Savannah monitors are socialized, docile and easy to tame you should always consider their power and never underestimate their ability to be physically dangerous. Their sharp claws and teeth could easily injure you or they can bite you if you don’t know how to handle them.

They are diurnal type of creatures, which means that they are active during the day but they often dig a hole and might burrow in their substrate during hotter days.

Inside the enclosure, you can expect your pet Savannah to dig or burrow themselves underground, push around some woods or branches and sometimes find a way to escape the cage! Keep in mind that these creatures are smart and strong; the cage should be very durable otherwise they could easily break it.

Since savannah monitors grows large when it reaches adulthood, they should be housed alone and not with other types of lizards or even reptiles but if you choose to acquire more than one or two savannah monitors, you can house a male and a female or two females provided that your enclosure has a suitable amount of space that can accommodate both your pets. Never house two male savannahs otherwise they could kill each other due to territorial issues.

You should also be able to answer their questions about Savannah monitor lizards like the benefits of taking care of one, how much it will cost, and how big it will get. Be honest so that they will be able to assess the risks and costs of living with your potential pet. You should also show them how easy it is to maintain and take care of a Savannah monitor lizard; tell them about how other owners are having fun keeping monitor lizards as pets so your family or roommate will know that they do not have to be afraid.

You can also familiarize them with monitor lizards by showing videos, going with them to the zoo or try let them try petting one. As with all pets, you must be able to take care of your Savannah monitor lizard. You should have enough time to spend with your Savannah monitor. Assure your relatives or housemates that you are responsible enough to keep your pet lizard, and that they won’t end up having to feed it for you or fight it off, if it escapes and becomes agitated. This can only be done by showing them, not just telling them, that you are a responsible keeper.

If you’ve tried everything you can to convince your parents or roommates but they still don’t want to live with a monitor lizard, don’t force them to. Even if Savannah monitor lizards aren’t dangerous, people who aren’t prepared to live with one may in some way agitate it. Even worse, it may cause a fight between you and your housemates.

It’s not easy to convince people to live with a monitor lizard, but there is reason for them to be scared. Despite everything, monitor lizards in general are not used to people and people are almost taught to fear such creatures (for a good reason). So learn to wait until you can get your own place or until they’re. Before you get your own Savannah monitor lizard, you must make sure the people you live with are okay with it, if you can’t find anyone willing to support you either your roommates or family members, it is better not to take care of one at least in the meantime, otherwise you might end up having to relocate it.

Pros and Cons of Savannah Monitors 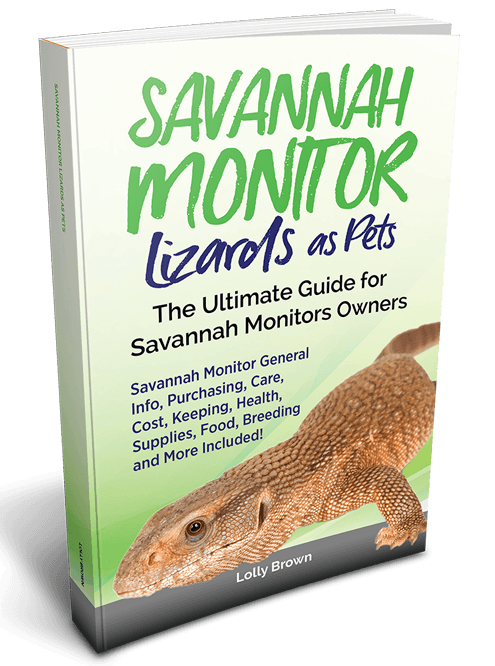