► Chapter 5: Living with Your Siamese Cats

The highly intelligent, smartly-dressed and elegant looking Siamese cat is a breed of feline which is recognized by some of the best known and well-trusted cat associations in the United States and around the world. Cat associations like the Cat Fanciers’ Association (CFA), The International Cat Association (TICA), the Cat Aficionado Association (CAA) and the American Cat Fanciers Association (ACFA) not only recognizes its one-of-kind appearance which sets it apart from most felines, these associations also recognize and laud the Siamese for its valuable contribution in the creation and development of other feline breeds that we enjoy today.

Earlier in this book you read a little bit about how Siamese cats tend to gravitate towards humans and depend on them for their upkeep, maintenance and care. As you continue to pursue information within these pages you will discover more about it traits and characteristics, medical conditions it can be prone to as well as properly caring for them. Details here and that follow aim to reveal more about this mysterious looking feline and what it would take for you to adopt, acquire or take in one or more of these lovable cats.

Interesting Facts about the Siamese cat

All Siamese cats of today can trace their lineage back to the original cats shipped in from the exotic lands of Thailand (known as Siam, once upon a time). You will discover that the first recorded Siamese cat to reach Western shores was given the moniker “Siam” taken from the name of the land from which it hailed. You’ll get to know more about its beginnings in Western shores and how it was developed to the present day feline we have come to recognize and adore.

Siamese cats have been playing a vital role in the production of many other breeds that are present today in our modern society. It has played an important role in the initial breeding stages of some of the best loved cats we see today and continues to play a role of importance in the production of some of the most sought after felines that people seek.

With its close to the skin coat, the Siamese cat is certainly not a cat that requires too much grooming maintenance – save for the occasional brushing of teeth and coat and regular nail trimming, the Siamese requires very little. Keeping it on a grooming schedule though is a strong recommendation as this will help the cat follow a regular discipline of keeping and staying clean, thereby maintaining overall good health.

They integrate easily with loving support and gentle introduction with other felines and cat-friendly canines. If you are in strong consideration of welcoming a pet into your household, the Siamese cat is definitely one feline you would want to consider given its inclination to make friends easily. Its loyalty is unmatched and you will soon realize that the Siamese will possibly favor one particular person in the family but will get along with everyone.

A Summary of Facts about the Siamese cat

Ears: set at a wide base the Siamese ears are big and sticks up from the sides of its head and forms an imaginary triangular shape.

Tail: its tail, long and thin, bearing the color point of the cat, tapers to an elegant point.

Temperament: it needs lots of attention, is a vocal chatterbox and loves being around and interacting with its caregivers.

Strangers: it is a sociable feline; hence, it is strongly advised that you keep your Siamese as an indoor pet to fend of cat-nappers.

Other Pets: with the guardians patient integration it easily adapts to other feline friendly pets you may own

Training: is very trainable and easily adapts to humans who handle them with care

Exercise Needs: lively and frequent exercise is highly encouraged for the Siamese cat to keep it agile and limber.

This docile yet notoriously frisky feline derived its name from the shores of its exotic, far flung origins of ancient Siam (presently known as Thailand).

It has been noted that the Siamese cat was one of several felines which served as great inspiration during the writing of the ancient manuscripts titled “Tamra Maew” or Cat Poems. The Siamese cat has been largely described in these texts and had been an inspirational muse for this great book of poems.

It is well known for its very distinct point color markings which give it an air of hushed elegance and sophistication and makes it very different from other feline breeds.

The Siamese cat looks like it got dressed up for a fancy masquerade ball in pale evening wear made chic by dark accessories. It peeps at you through its almond-shaped, tanzanite-blue eyes, brimming with expressive intelligence, and a childlike playfulness of quiet mischief.

It’s interesting to know how far the Siamese cat managed to travel from the far shores of its native Thailand (Siam) and how it landed on Western shores where it is now affectionately cherished and sought after for companionship by many cat fanciers and feline aficionados.

The 19th American President, Rutherford Hayes, in 1878, was the first recorded recipient of a Siamese cat in the US. He, along with his wife Lucy, was the first people in the United States documented to have been guardians to the feline from the Orient. The Presidential Siamese cat was lovingly named “Siam”, and was a gift to then President Hayes from US Consul David B. Sickels who was stationed in Bangkok then.

Later in 1884, Edward Blencowe Gould, the British Consul General of Bangkok brought home to his native Britain a pair of breeding cats he named Mia and Pho. He gifted his sister, Lilian Jane Gould with the stunning pair. It was Lilian Jane Gould who went on to cofound, in 1901, the first Siamese Cat Club.

A year later, in 1885, the United Kingdom Siameses Pho and Mia produced three adorable Siamese kittens which were named, Kalahom, Khromata and Duen Ngai. The three kittens along with their parents were brought to and shown at the London Crystal Palace Show. These families of unusual-looking felines with their deep blue eyes and unique colour pattern of point coloring have elicited great interest from the attendees of the show.

The Siamese Introduced to the Western Public

Their one-of-a-kind appearance and their uniquely distinct behavior drew droves of onlookers and they were an instant hit at the event. Sadly, all three kittens met their demise soon after the showing. The cause of their deaths remains unknown as it was never documented or recorded anywhere.

A year later, another pair of Siamese cats with kittens was imported to the United Kingdom by Eva Forestier Walker and her sister Ada, in 1886. These Siamese felines were less stocky in physique and sported longer more slender bodies. Their heads were not as rounded and it donned larger ears and wedge-shaped muzzles.

It is said that these distinct features and their differences from the Siamese cats they preceded was what drew strong impressions from their first-hand viewers. Hardly known or seen by Westerners during that period, were an early witness and viewer of the felines quoted to have described them as “an unnatural nightmare of a cat”. Perhaps it was because of their odd coloration or their sharp blue eyes which merited this comment from the viewers – we can’t say for sure. However, from then on, as the Siamese cat gained the curiosity and attention of cat-fanciers far and wide, it has shook off the initial comments and reaction of a select few.

British cat aficionados, over the next several years, imported a few more Siamese cats which collectively formed the initial breeding pool for the breed now known and loved in Great Britain. It is widely accepted that most Siamese cats living in Great Britain presently are direct descendants of the eleven original imports from Thailand, all of which arrived in the UK between the 1880’s and the 1950’s.

During their early days in the United Kingdom, the playful felines were given the moniker “Royal Cat of Siam”. It is reflected on documentation that this breed was solely kept by and for Siamese royalty exclusively. However, later research did not turn up information or evidence of any organized breeding program within the royal courts of Siam.

Originally, the Siamese cats that were imported to the West were of medium size and sported varied physiques, and head shapes. Some sported long bodies that were muscular and notably agile and graceful with moderately wedge-shaped heads and ears were almost comically large yet in proportion to the measurement of their heads. Others carried slender bodies and sharper contoured heads. The cats were not extreme in size or form but its built ranged from a substantial size to a svelte physique.

As time passed the development of these felines were better controlled and the need for different classifications became a requirement to include felines that sported different color coats of varying length.

The last chapter of this book will give you information on regulations and requirements to show your Siamese buddy off at cat shows and cat walks. In the meantime, read on to find out more about what to expect when expecting a Siamese cat.

You’ve learnt that the Siamese cat is largely responsible for the other breeds of cats that have been developed over the years. The Himalayan cat, the Thai cat, the Ocicat, the Burmese, the Korat, the Snowshoe, the Tonkinese and a variety of Oriental breeds like the Oriental Longhair, the Oriental Shorthair, the Balinese, the Javanese as well as the Shorthair and Longhair Color -point all owe its beginnings to the beautiful Siamese cat.

The Siamese cat is indeed a special sort, having been instrumental and playing a big role in the emergence of these other equally attractive felines.

Informative Tidbits about the Siamese Cat

The Siamese of today bears very little resemblance to the first stock of the more moderate and traditional Siamese cats which sported visibly rounder heads and more rotund bodies. The old-school or traditional Siamese was eventually re-established by numerous breeders and registries and was later dubbed as the Thai cat. 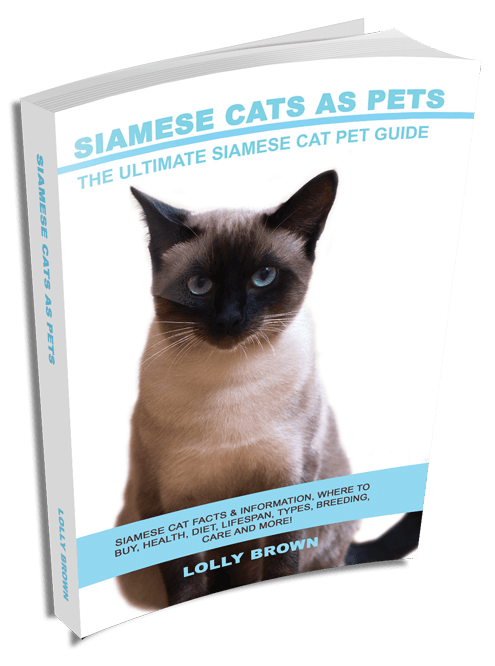