► Chapter 2: Things to Know Before Getting a Teacup Persian Cat

► Chapter 4: Caring for Your New Cat

Few breeds are as beautiful as the Persian cat with its long, luxurious coat but this breed is not the right choice for everyone. Before you decide to get a Persian cat for yourself of your family, you need to learn everything you can about these wonderful creatures. In this chapter you will receive an overview of the Persian cat breed with details about its appearance, personality and temperament. You will also find a history of the breed and a breakdown of Persian variants, related breeds, and hybrid breeds.

Not only is the Persian cat one of the most beautiful cats in the world, but it is also one of the most popular breeds. This breed is known as much for its long, flowing coat as its sweet, friendly personality. These cats are gentle and quiet by nature which makes them a great family pet, plus they are very people-oriented and they love to cuddle. Persian cats are the ideal lap cat, though they do have a bit of a goofy side if you take the time to play with them. These cats generally don’t jump or climb, so you don’t have to worry too much out them destroying your furniture.

If you want to get into the nitty gritty details, there are actually two types of Persian cat – the kind used for show and the traditional pet type. Show Persians have large, round heads with a thick ruff and a broad, short body. They have small ears, flattened noses, and large round copper-colored eyes. It is all finished off with a thick plume tail. The traditional Persian, sometimes known as the doll-face type, has less extreme features and a normal-length muzzle that gives him a decidedly sweet expression. Both the show and traditional types have long, luscious coats and they come in a variety of colors and patterns.

Not only is the Persian cat available in a show type or a traditional type, but there is also a smaller version of the breed known as the Teacup Persian. Persian cats are usually medium-sized, growing to a maximum size around 7 to 12 pounds. Teacup Persians, on the other hand, only grow to weigh about 3 to 5 pounds on average for a female, and up to 8 pound for a male. They get their name from the fact that they are small enough to fit into a teacup when they are kittens, but they will outgrow the teacup by the time they reach maturity around 1 year of age.

Though they may differ from traditional Persians in terms of their size, Teacup Persians are largely identical in every other way. These cats have fairly short, broad bodies with short legs and a plumed tail. Their coats grow long so they need to be brushed on a daily basis to prevent tangling and mats – you may also need to bathe your cat several times a month to keep his coat in good condition. If you don’t want to tackle this task yourself, you can take your cat to a professional groomer.

When it comes to typical coat colors and patterns, Persians and Teacup Persians exhibit all colors of the rainbow. These cats may have solid-color coats in various shades of white, brown, gray, or black but they may also have a colorpoint pattern similar to the Siamese cat (this is usually called Himalayan coloration). Persian cats can exhibit a tabby pattern or a calico pattern, and they may be bi-colored in a variety of different shades. Teacup Persians can also come in all of the same colors and patterns as their larger Persian relatives.

In terms of personality, Teacup Persians are incredibly gentle and affectionate with their families. They get along with pretty much everyone they meet, including dogs and children, and they are wonderful lap cats. Due to their size and laidback nature, these cats adapt well to urban or condo life and they generally do well when left alone for hours at a time, though the definitely prefer to be in the company of humans. If you have to leave town, it is generally better to leave a Persian cat with a pet sitter than to board him in a kennel.

Persian cats in general are prone to a number of serious health problems and some of them are worse in Teacup Persians due to their smaller size. In terms of hereditary health issues, the most common problems seen in the Persian and Teacup Persian breed include polycystic kidney disease (PKD), hypertrophic cardiomyopathy, progressive retinal atrophy, and liver shunts. These cats may also develop cystitis (or bladder infections), bladder stones, and various eye conditions. Due to their thick coats, these cats are also sensitive to heat so they need to be kept in air conditioning during the summer.

Pedigree: same breed as the Persian cat but selectively bred down in size for Teacup variety

Color: comes in a wide variety of solid and bi-color patterns including Himalayan, tabby, tortoiseshell, and more

Eyes and Nose: eyes are large and round, color is usually copper or blue; nose color varies by coloration

Children: generally patient as long as the child knows how to properly handle a cat; may not tolerate rough handling

Other Pets: can do well when raised together

The Persian cat is a longhaired breed and the exact origins of longhaired cats are unknown. The first documented examples of a Persian-type cat were imported into Italy from Khorasan, Persia (now known as Iran) as far back as 1620. At the same time, ancestors of the breed were imported from Angora, Turkey (now known as Ankara) into France. Most of the cats from Khorasan had grey coats while those form Angora were largely white. These two varieties eventually came to be known as different breeds – the Persian and the Angora cat.

The very first Persian cat appeared at the first cat show held in 1871 at the Crystal Palace in London. In the years that followed, efforts were made to distinguish the Persian type from the Angora type and the first official breed standard was issued in 1889, developed by cat show promoter Harrison Weir. In this breed standard it was made clear that Persian cats had longer tails, fuller and coarser coats, larger heads, and more rounded ears. Even with the breed standard, however, many cat fanciers didn’t immediately accept the differentiation between the two types and some breeders chose to interpret the Persian type in different ways. 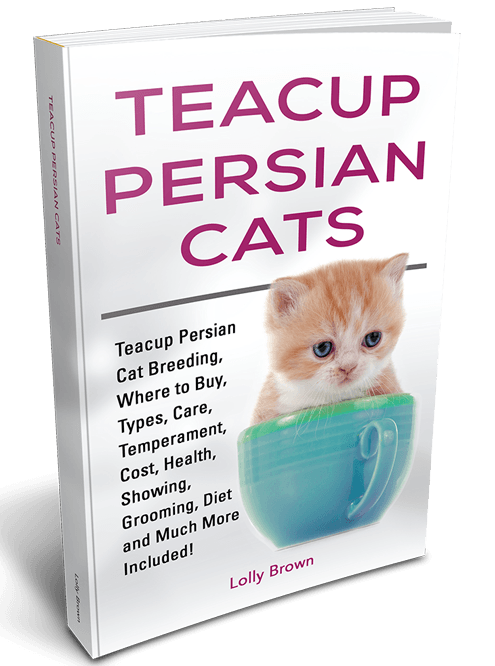