► Chapter One: The Rare and Treasured Cat

Chapter One: The Rare and Treasured Cat

The Turkish Van is a large – sized cat breed that weighs around 7 to 10 pounds. Males weigh between 10 and 12 pounds while females weigh between 7 to 10 pounds. It is a very intelligent and active animal breed that’s also not prone to genetic issues. One of the most distinct characteristic of the Turkish Van is his athletic prowess both on land and water! Unlike most cats that run at the sight of water, the Turkish Van is fond of swimming though it doesn’t necessarily mean that he loves to take a bath. Nevertheless, he earned the name “The Swimming Cat” because of their swimming abilities.

The soft – textured water – resistant silky coat of the Turkish Van is the reason why it has a strong capability to enjoy water – related activities. You can expect this cat to be immersed in water for long periods of time and still come out relatively dry. Make sure to keep an eye out whenever your cat is swimming in the pool or taking a dip right in your own bathtub to avoid any mishaps.

Another distinct physical feature in their coat is the Van – pattern. You’ll notice that the breed sports almost an all – white colored body coat with a coloring on its head and tail (some Van cats possess a small roundish mark where their shoulder blades meet). Other colors include brown and red. The unique Van – pattern occurs because of the so – called piebald gene which is a trait that appears not just in animals but also humans. This is large un – pigmented areas of the body which is why the cat appears to be mostly white in color. Apart from the unique markings, the Turkish Van cat’s squirrel – like bushy tail also adds to their distinct looking appearance.

Another distinct physical feature is their different eye colors. A Turkish Van cat may sport 2 blue eyes, 2 amber eyes, or one of each which is a trait that’s not uncommon to the breed.

Most Turkish Van keepers describe the breed as playful, very active, and a fun – loving companion. The cat requires lots of time and attention from their owners even if they are not the lap cat type of breed. The Turkish Van is perfect for keepers who have lots of love and time to share with their furry companion. According to The International Cat Association, Turkish Van cats are jumpers. This is because they possess very powerful back legs making it easy for them to climb on top of shelves, doors, or even trees! Expect them to literally be on top of everything as they take pleasure in seeing the world around them from a bird’s eye view. Apart from that, they can also be trained to play fetch, chase toys, or do somersaults and other tricks which is why they are often compared to owning a dog.

The Turkish Van can get along with other cat breeds and even dog breeds. However, you need to make sure that they have a proper introduction or sort of a ‘meet – and – greet’ before you leave them alone with your other household pets or even with young children (if any). It’s best that you supervise them whenever they’re interacting or playing with kids and other animal breeds.

Turkish Van cats like to be cuddled but not for a long time. As mentioned earlier, they are loving cats but they don’t tolerate people petting them or tugging at their tails. It’s always best to train and socialize them at a young age since this breed is very curious and intelligent. Make sure to also provide them with physically and mentally stimulating toys as well as regular exercise.

The breed can also be quite mischievous due to its curiosity and high energy. They can sometime be a bit careless especially when it comes to ornaments or other things around the house. Since they love to jump and climb, you would want to keep your household items safe because your Van cat will surely knock them over. To keep them from doing such things, it’s best to buy your cat with plenty of toys or create a Do – It – Yourself toys so that you can take their attention away from your valuables and also gets to spend quality time with them.

The Turkish Van cats do not reach full maturity until they reach around 3 to 5 years. They are also low shedders and low maintenance since they possess a single and semi -long coat that has a cashmere – like texture. You need to ensure that they receive regular grooming routine such as brushing of teeth, combing (can be done just once a week since they possess a coat that’s not prone to matting), claw trimming and the likes. They don’t require regular bathing and they are also less allergenic. They are very rare to find so make sure to truly care for them and make them part of the family once you’ve finally acquire this rare breed. They can live for around 13 to 17 years and the breed is also recognized by various cat organizations around the world including the Cat Fanciers Association (CFA), The International Cat Association (TICA), the American Cat Fanciers Association (ACFA), the Federacion International Feline (FIFe), and the World Cat Federation (WCF). 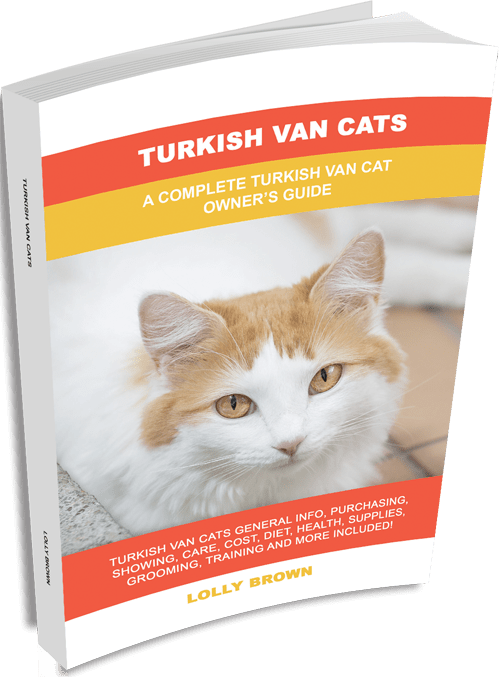