There are many myths about kennel cough, a disease feared by uninformed dog owners as a fatal condition.

While certainly highly contagious, the idea that kennel cough is a death sentence stems from the fact that when animals in rescue shelters contract the infection, they are often euthanized as “too sick to adopt.” 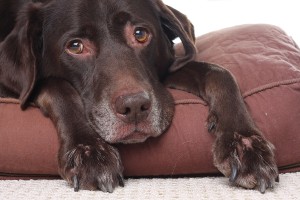 It cannot be stressed strongly enough that this is a decision based on matters of budget and space, not a medical necessity.

Rescue and shelter groups are chronically strapped for funds. Placement of homeless animals is already difficult. Very few people will take a dog that is sick, even with something as treatable as kennel cough.

Faced with the prospect of feeding, housing, and treating the infected animal for weeks with already limited funds, most facilities opt to tragically “solve” the problem another way.

Truthfully, most cases of kennel cough resolve on their own in under two weeks and the animal recovers fully.

Increasing the level of public awareness about the true nature of kennel cough will not only help existing pet owners to safeguard the health of their beloved companions, but it may also support better solutions for shelter dogs.

One of the most vital functions animal welfare volunteers can provide to shelters is to step forward as foster families for dogs suffering from kennel cough.

Removing sick animals from the shelter environment for the duration of the recovery period not only saves the life of the individual dog, but also lessens the chance of the infection spreading throughout the broader shelter population.

When the affected dogs are fully recovered and past the stage when they remain contagious, they are completely adoptable. There are no long-term consequences of kennel cough. For the vast majority of dogs, it is really no worse than a common cold in humans.

Currently, the popular perception of kennel cough swings between two extremes, however, a death sentence and “nothing to worry about.”

The reality of the disease lies in the middle ground where informed education can make all the difference in the world, both for worried owners and for the dogs they love. That is the purpose of this book.

What is kennel cough?

Kennel cough is an infectious respiratory disease seen most often in dogs. It can be contracted by other companion species, including cats, but those instances are more rare.

The scientific name for kennel cough is canine infectious tracheobronchitis. Puppies age 6 weeks to 6 months are particularly vulnerable, but a dog of any age can come down with this illness.

There is no conveyed immunity following a bout of kennel cough, so a dog can have it more than once during their lives, just as humans suffer periodically from colds and upper respiratory infections.

A combination of simultaneous infectious agents can be responsible for a case of kennel cough. The major viral causes are, in order of prevalence:

– bordetella bronchiseptica (the most common)

It is highly debatable whether kennel cough is zoonotic, meaning that humans can catch it from their companion animals.

Bordetella bronchiseptica is zoonotic on rare occasions in very young children, the elderly, or individuals with a compromised immune system.

Kennel cough is, however, simply a form of bronchitis, which is contagious, so in theory, it could be passed to humans. It is more likely that if a human were to be infected from a dog it would be via a bacterial agent rather than a virus, but there is no evidence to suggest this is the case.

A dog with kennel cough can pass the infection to cats, rabbits, pigs and guinea pigs, but this occurs only rarely.

There is a popular tendency to confuse kennel cough with canine distemper, which is a much more serious condition. This is a huge misconception. The two illnesses are NOT the same, nor do they have the same prognosis.

Most cases of kennel cough are bacterial in nature, while a virus is the root cause of distemper. The distemper infection does begin in the respiratory system, but then goes on to attack the gastrointestinal and nervous systems, and the conjunctival membranes in the eyes.

Canine distemper initially presents with coughing and sneezing. However, there will be thick, yellow discharge from the eyes and nose. The dog will rapidly develop a fever, become lethargic, and experience both vomiting and diarrhea. Marked depression and loss of appetite are also present.

Dogs with distemper get very sick very quickly. The disease is highly contagious, passing through direct contact with urine, blood, and saliva. Dogs that share food and water bowls are particularly vulnerable, and the virus can be airborne via coughing and sneezing.

Any time it is suspected that a dog has a case of distemper, the aid of a veterinarian must be sought immediately. The disease is aggressive and often deadly. Puppies and adolescent dogs that have not yet been vaccinated are the most vulnerable to distemper.

Currently, there is no medicine that will directly destroy the virus that causes this illness. Treatment involves supportive care including antibiotics to prevent secondary infections as well as the administration of intravenous fluids for dehydration.

It is difficult to predict the outcome of a case of distemper. Even some dogs who seem at the brink of death rally and recover. Others die very quickly. (Note that distemper is also present in cats, and is equally virulent in that species.)

Distemper and kennel cough are NOT the same condition. Dogs with kennel cough do not display the crippling lethargy and loss of appetite common in cases of distemper. If they have a discharge from the eyes or nose it tends to be clear and watery.

If your dog is sneezing and coughing, and if a discolored, thick discharge is present, immediately take the animal to a veterinarian. Only a qualified vet can determine the true nature of the animal’s illness and prescribe the proper treatment.

How does kennel cough typically occur?

Kennel cough is transmitted from one infected dog to another through microscopic water vapor or particles of dust. Basically the dog “sprays” the virus into the air around him. If another dog is present, the infectious agents are inhaled.

It is not known how long the viruses and bacteria that are primarily responsible for kennel cough can live on surfaces in the environment. For this reason, thoroughly cleaning and disinfecting an area where an infected dog is present is one of the primary means of defense against the disease spreading.

This is also the reason that veterinary clinics, grooming facilities, and boarding kennels should routinely wipe down all surfaces with which multiple dogs come into contact. All individuals working in these places should disinfect their hands after handling one dog and before touching another.

When a dog inhales the kennel cough infectious agent, the organisms attach themselves to the lining of the trachea and the upper airways leading to the lungs. There, the organisms replicate on the moist surface of the organs, damaging adjoining cells as they grow. 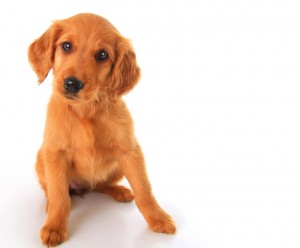 The spread of the disease is extremely common in any closed environment where multiple dogs are present, for instance a kennel, animal shelter, or a dog show. A single infected dog can be the source of a widespread outbreak.

This is true no matter how well the environment is ventilated, how large the space might be, and how well it is cleaned and maintained. One of the most frustrating things about kennel cough is how difficult it is to prevent infections.

Dogs that have recently recovered from kennel cough may remain infectious for weeks after their symptoms disappear. Additionally, a dog that has had kennel cough once is not immune from contracting the condition a second time.

Although kennel cough can occur at any time of year, veterinarians see more cases during the warm summer months for the simple reason that more people go away on vacation at that time and tend to board their animals.

Even if a family opts to take Rover along on summer vacation, the dog’s risk of exposure to kennel cough still becomes elevated. Coming into contact with strange dogs at campgrounds and other family vacation spots is an open invitation for kennel cough to be transmitted to your pet.

This is not only because other dogs may be carrying the virus. Your dog’s immune system can be weakened by the stress and excitement of the trip itself. Both humans and dogs are vulnerable to coming down with a vacation “bug” for this reason.

How does kennel cough present?

About 3 to 7 days after infection occurs, the following major symptoms will begin to present in an infected dog:

– A dry hacking cough that sounds coarse, as if the animal were trying to clear its throat.

– Dry heaving, as if the dog were trying to get something up out of its throat.

– A thin, runny discharge from the nose.

Many dogs will cough every few minutes for the duration of the infection. They remain alert and active and continue to eat, but their coughing is constant.

In older dogs, or those that are immunocompromised, the animal may become lethargic and run a fever. In these cases, the risk of the infection progressing to pneumonia is very high, and in some rare cases, death may result.

What is the duration and treatment of kennel cough?

In the absence of any complications, the symptoms of kennel cough typically resolve in 7-10 days, but the condition may persist for as long as three weeks.

Treatment typically focuses on relieving the dog’s discomfort with cough suppressants — generally a pediatric or other over-the-counter formulation recommended by your veterinarian.

If the animal has a fever or if secondary bacterial agents are present, prescription cough medication may be required and antibiotics are typically prescribed. 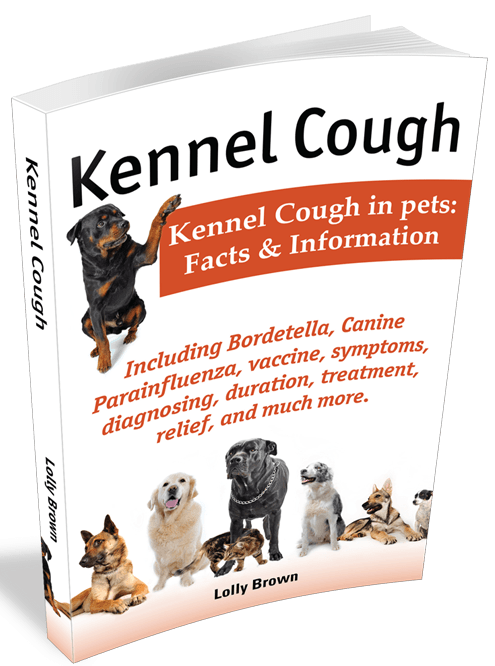