► Chapter 2: A Focus on The Modern Day Bouvier de Flanders

► Chapter 7: How to Acquire a Bouvier des Flandres

► Chapter 8: Sundries and Equipment Your Bouvier Des Flanders Will Need

Originating from shores of Belgium and the farms along its countryside, the bouvier de flanders was recognized and largely bred for its hard working abilities and innate herding skills. A stocky, solid-built, medium sized dog with dense, a wiry coat, the bouvier de flanders has been utilized to help farmers, shepherds and livestock growers to round up herds and keep order.

It was also a well utilized dog during the 1st World War. Bravely going to and from camps, it would deliver vital messages, transmit communications and serve as an alert dog for the soldiers it accompanied. It had almost gone extinct a couple of times during times of war and unrest. Bouvier des flandres because of their strong bones and powerful physique were often used as ambulance dogs who helped wounded and injured soldiers. They did the dangerous job of detecting mines making a clear path for oncoming soldiers. Many of them lost due to landmines, gunshots and the many perils of being in the thick of the battle.

However with the aid of lovers of this canine sort, the bouvier de flanders has managed to rally on and continues to be enjoyed today by many. A pretty controversial dog in its own right, the Bouvier de Flanders is a canine that is still in the spotlight. It almost went into extinction back during the Second World War. As a result of the observations of the bouvier being a fiercely hardworking, the ruthless leader, Hitler, asked to meet with one. And the results that followed became the contention and beginning of a controversy that still resonates up to this day.

The canine that was said to have met with Hitler was said to have taken one whiff of the leader and bit him on the family jewels. Another report says that Hitler offered the dog his hand and was immediately bitten by the dog. From then on, all bouvier de flanders, it is said, became an “enemy of the state” and it was whispered that Hitler had set an all-out assault on the wiry – coated bouvier de flanders. Many say that this is a myth or a half-truth. Some war history buffs say that it was in fact the hand of Hitler which the dog nipped and after that, the bouvier de flanders landed on Hitler’s extinction list.

It was the good doctor Dr. Adolphe Reul, from the Veterinary School of Brussels who pointed out the many exemplary qualities of the bouvier de flanders which called the attention of dog breeders from all over. Back then, the bouvier des flanders stood at around 26 inches from its shoulders, it had a heavy-set, cylindrical physique. It looked rough around the edges with wild-growth of curly fur in the colours of fawn, black or gray.

The Earlier Life of the Bouvier

The dog was first spotted on the northern French countryside, in Northwest Flanders. The bouvier de flanders was observed to be a strong, boisterous, well-utilized beast with many roles around the farm. The hardworking, active canine was used to herd cattle and give protection as it guarded farm as well as livestock.

The farmer and owners of the canine required help going about the task of churning butter, and the canine was a big part in the completion of this task. They were also used to mill, haul carts to bring produce and products to sell to the market. The Bouvier de Flanders was known by many different names, and many of these names are still used to this day. Some called it the Vuilbaard, which means dirty beard. There were those who called it the Koehond, loosely translated as cow dog and the Toucheur de Boeuf or the “cattle driver.”

It was butchers, cattle keepers and merchants, as well as farmers who were the first breeders of the bouvier de flanders. Their interest laid on the great working qualities of the canine and not so much in producing a pedigreed breed. The only intent was to develop the breed in order to have the animals be “farm hands” and apt co-workers. There was a lot of experimenting that went on and so there are accounts of bouvier de flanders being of varied sizes, colour and weight during the early days of it being bred.

All the regions around Belgium and France had their own preferred sort of bouvier which all varied in shape, size and colour. The variation of the bouvier abounded for years even after the breed standard was written up in 1912. But the one thing that held them all together and be classified as bouviers was their shared traits and characteristics of being fierce leaders and hardworking canines.

A Soldier of War and Beyond

It was in WW1 when all sturdy working canines were sent off to do military service, and it was then again, the bouvier proved it versatility and value. Aside from delivering communication from one camp to the next, the robust canine would haul ammunition, and go in search of wounded soldiers in the battle field who needed aid. These all being very dangerous jobs which put a toll on the breed during time of war. 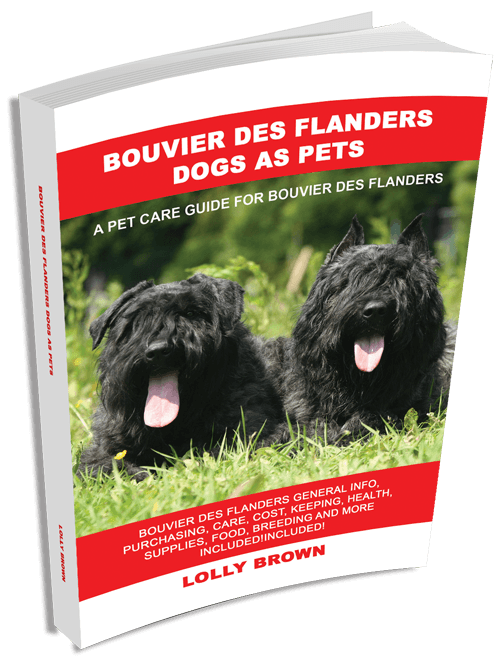