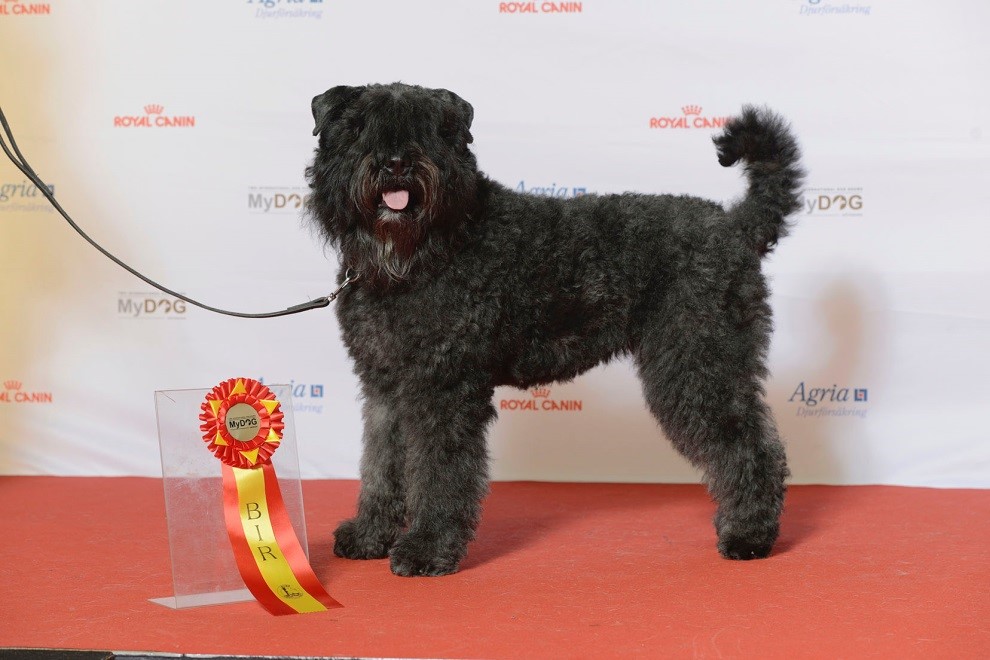 This Muscle from Brussels possesses a pleasing personality who likes to live an active lifestyle and would suit anyone who chooses to do the same. They are a calm, gentle sort who does well and can behave indoors with the proper training and early schooling. Devoted and loyal to their humans, the bouvier de flanders is a protective canine who will step between peril and their human without skipping a beat.

They can be a domineering canine if not set in its place. A naturally independent canine, you will need to remind it who is master of the household or be the one lead around with an invisible leash. It has a courageous nature and a steady personality. They are an obedient bunch but will need to get into proper socialization early in order to develop those instincts of being able to tell who is friend and foe. They have a tendency to bark at people they don’t know as well as dogs they may meet. It is an obedient dog but may show aggression toward strangers.

The bouvier de flanders is certainly a breed who is made for the outdoors and will thrive best not only in the confines of your four walls. This canine is meant to be able to live indoors and needs a lot of outside time as well. Bred to work, the bouvier needs constant if not a lot of exercise. It is the perfect companion canine for those long treks, hikes, walks and jogs. Keeping it on a strict exercise regimen is highly advisable in order to allow it to thrive at its optimum level of mental and physical prowess.

As much as the bouvier de flander is a versatile dog who has gained great popularity as a show dog. In spite of it being a crowd and judge pleaser at dog shows, the true to form bouvier is still a favourite animal-helper on farms, doing what they do best – herding.

Is Bouvier – des – Flanders the Right Dog for You?

How to Breed Bouviers?