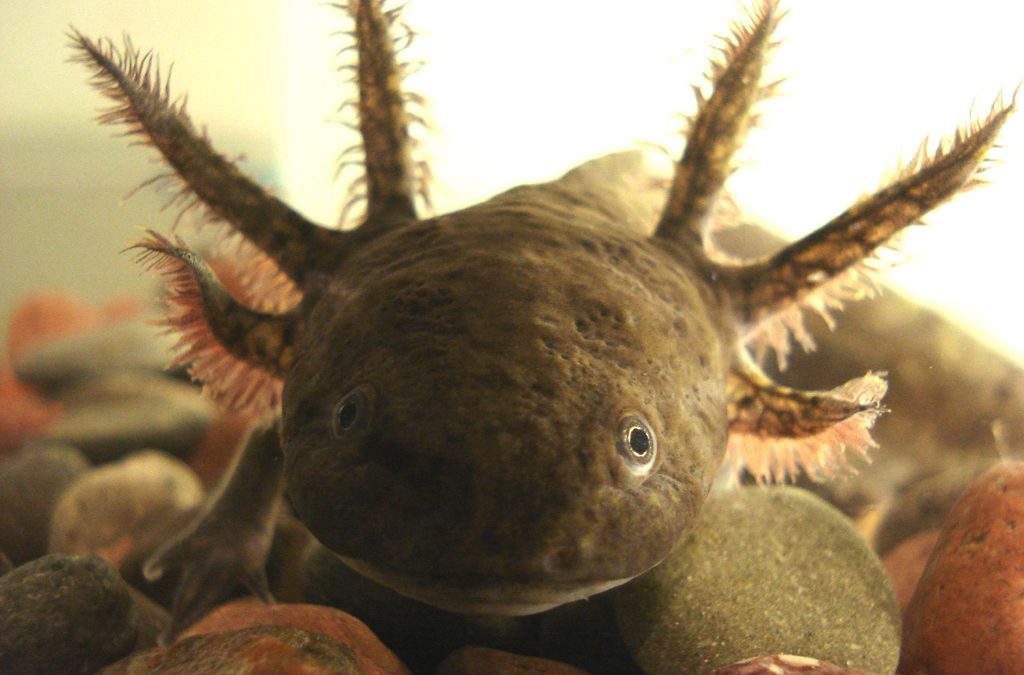 In April of 2011, the research of Ryan Kerney from Dalhousie University, Halifax, Canada, set a buzz in the scientific community with a study that feature the unique and interesting relationship between algae and salamanders. His research showed that tissues of spotted salamander contain algae. The purpose behind this relationship is yet to be known, but it starts when the salamanders are still embryos, and if the relationship is mutual or symbiotic.

There’s a particular area in Kerney’s research that really grabbed the interest of many: cellular regeneration.

Cellular regeneration, which is the ability to restore and redevelop cells, tissues and even organs without needing transplant, has been regarded as the ‘Holy Grail’ of medical research. And this is what Axolotls, the cousin of spotted salamander, are also widely known for.

Axolotls are not your Average Pet

Aside from their regenerative abilities, axolotls are also neoteny, But unlike other salamanders that go to the land when they reach sexual maturity, axolotls are exclusively aquatic. Which means they stay in their juvenile form (keeps larvae features such as the outward gills despite sexual maturity). The gills add to their cute and unique appeal as they look like they’re wearing some elaborate feather headdress on their side of their rears. Their wide head and black eyes also always guarantee you will not see anything like them.

Though Urodele amphibians also have regeneration capacity, axolotls are quite unique, as they can regenerate and grown back multiple structures, not just limbs and tails, but even their spinal cord, jaw, etc., without scarring all throughout their lifetime. Also, their bodies can accept organs from the other axolotls without rejection. Because of this regenerative capacity, axolotls are in captivity throughout the world. Unfortunately, also because of their unique ability, they have become critically endangered (as by the IUCN or International Union for the Conservation of Nature and Natural Resources).

As said earlier, axolotls can grow their body back, even if you crush it, cut it, or take off a segment, it will still regenerate. Professor Stephane Roy from the University of Montreal said that axolotls can lose their limbs at any level, be it on the upper arm, elbow or just in the wrist, it can grow it back perfectly fine. The regeneration will also leave no scars or any sign of amputation on the skin, each and every tissue is perfectly replaced. As a matter of fact, this animal can regenerate its limbs 100 times throughout its lifetime, and it will be perfect each and every time.

Also, this animal is 1000x more resistant to chronic diseases such as cancer, than any other mammals on the planet.

The amazing thing about this regeneration ability is the body works in cellular level and successfully develp pluripotent-like cells. “Like making stem cells where you need it, when you need it,” Roy added.

Roy, whose lab is one of the very few in the world conducting research on this subject matter, said we need to do what we can for these amazing animal. Because if successful, the things we can learn can from this animal can help millions of people around the world suffering from loss of limbs, severe burns, or even cancer.