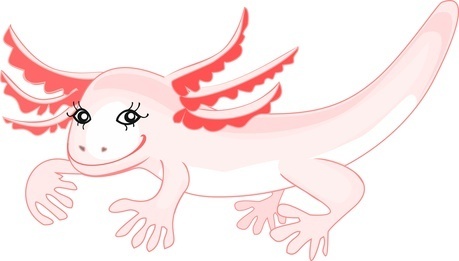 Nature in itself is an expansive abundance endowed with even some of the rarest and most interesting creatures. Have you ever heard of axolotls? Well, this is a fascinating creature reared by millions of nature enthusiasts. If interested in breeding axolotls then you will find this article helpful as you prepare to kick-start your journey.

The name “axolotl” in itself is believed to have been derived from the Aztec natives. It is made up of the two words atl and xolotl meaning “water” and “monster” respectively. These creatures never develop adult characteristics but rather maintain their fins, gills, and other larval traits all through their lives. They permanently inhabit water mostly in canals and wetlands.

Axolotls attain full maturity between 5 months to a number of years with respect to how they are fed. The food quality, temperature, and living conditions will also affect their growth rate. A full-grown male is about 25cm or 10 inches. Males generally mature faster when compared to females that mature a month or so later than males.

Experts recommend breeding axolotls at least when they reach 18 months of age. This gives them sufficient time to grow and reach 30cm or 12 inches which is their full size. This also gives enough time for the females to develop their required biological conditions facilitating easy breeding. At this age you will notice that the females have a rounded feature at end of their bodies when you view them from above. Females should not be bred before full size is attained but for males they can be bred at an earlier stage.

Early breeding has detrimental effects on female axolotls. They normally lay up to 1000 eggs and producing these enormous number of eggs has a heavy drain on the animal’s metabolism. The egg production is then emphasized over the body growth for as long as the animal is in good condition for breeding. The females breed a number of times each year and once eggs are laid, the body produces other eggs to replace those laid.

It is common for female axolotls to fall sick during breeding periods and thus necessary care should be provided. Therefore by not breeding them when too young, you are able to prevent the strain that may be caused by both growth and breeding. Furthermore, you should separate recently bred females for at least 1 to 3 months from males so that they can recover.

You may find some sources stating that axolotls breed between the months of December to June. Nonetheless, they can be bred at any given time within the year. Most researchers recommend the early part of the year since that is when most success has been reported to happen. Other laboratory tests have also shown that regulation of daylight tend to affect how these creatures breed. Some tests were carried out that involved subjecting both males and females to decreasing daylight for a period of weeks then increasing the light drastically the preceding weeks. After this the males and the females were put together and they began courtship immediately.

In order to get the best results, a room that receives partial light and temperature is ideal. There should be at least a window to allow some light and let in some heat. With such an arrangement you need not worry about breeding since it will occur naturally. They normally breed at least once in spring and once before winter’s peak. This applies to well fed and well maintained axolotls.

Setting Up the Breeding Axolotls Environment

You can furnish the breeding environment with either live or plastic plants or both, though most people prefer plastic plants since they do not rot. The most commonly used live plant is Vesicularia dubyana or live Java Moss.

Axolotls require these plants for affixing their eggs on the leaves. You should also provide rough stone slates that will be used by the male in depositing the spermatophores; packets of sperm. The stones should be placed at the bottom of the tank. Rough stone if preferred since the spermatophores readily stick to them unlike glass or plastic.

Axolotl’s courtship and spawning behaviour is extremely intriguing. The male initiates the courtship and lures the female using some swimming moves and motions. When it eventually succeeds spawning follows then a few weeks later the female begins laying eggs.

Axolotls originated from Mexico City and are usually reared in captivity. Their main food includes worms, crickets, fish, and other small insects. They are bred at least when one year old and their incubation period is 3 weeks. Keep them at the right room temperature and ensure you separate adults once they are bred.

How to Keep Axolotls Alive?