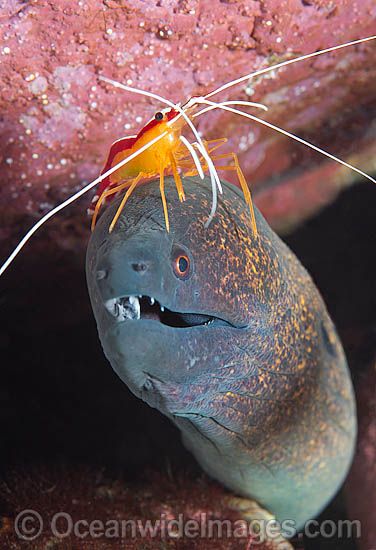 An eel is a snakelike fish characterized by an elongated body and low fins. Depending on the species; they can live in both salt and fresh water, although, all eels breed and spawn in saltwater. Several freshwater species are consumed for their meat by humans; they’re popular delicacies in Asian and European cuisines. Because of which; many species are under at risk, and many countries have already taken methods to help ensure the strength of their stocks.

Eels are quite peculiar animals, and we are yet to fully understand their life cycle. All eels in the world are spawned at sea, and many of which are spawned in Sargasso Sea. Eel larva, which are completely transparent in form (glass eels) will drift with sea current. They’re usually found in coastal regions; and they swim into the inlets during autumn where many of them will spend most of their lives living in fresh water. Eels at this stage (yellow eels); will reach their mature length; and can range around 2 to 5 feet (0.5 to 1.5m) in length, depending on the species, of course.

Eels undergo further physical changes when they reach their sexual maturity, turning into gray with pale belly. Their eyes and pectoral fins will grow bigger; which marine scientists presume to help the eels in their migration; as they will swim back to the area at sea where they were spawned to die after mating. We have yet to actually witness eels’ spawning process; and most of the scientific information about these peculiar sea creatures’ early life is largely guesswork and assumptions.

Many eels, like the moray eel, spend most of their live at saltwater; they dwell on the deeper parts of the ocean and lurk through the crevasses of the ocean floor. Moray eels are known for their vicious nature and tremendously sharp teeth that can chip bones. Swimmers and divers are discouraged to get close with moray eels; though they can be harmless or even friendly when they don’t feel threatened.

Some Eels Are Not Actually Eels

Many fish actually have “eel” as their common names, such as the electric eel; although they aren’t really eels as they’re not part of Anguilliformes order; rather closer to classification of catfish and carp. Electric eels are famous for their characteristic to emit powerful electrical charge to stun or even kill their prey. Their bodies contain special electric organs that houses around 6000 specialized cells called electrocytes; which can together discharge at least 600V. That is 5 times the power of a standard US wall socket.

Many countries commercially fish freshwater eels, which contributes to the decline of global population of eels. Also, one of many reasons of their decline is the fact that these water creatures usually takes up to two decades to fully mature; and many countries around the world may have exhausted their stocks of potentially sustainable mature eels.

Eels are quite mysterious creatures, especially when it comes to its life cycle. Because of which mankind have yet to fully understand their nature. Consequently, scientists presume the damage inflicted by commercial fishing to their population may be much worse than originally thought. The good news is; many countries are now working together for their preservation since eels play a vital role in many countries’ cultural and economic benefits.