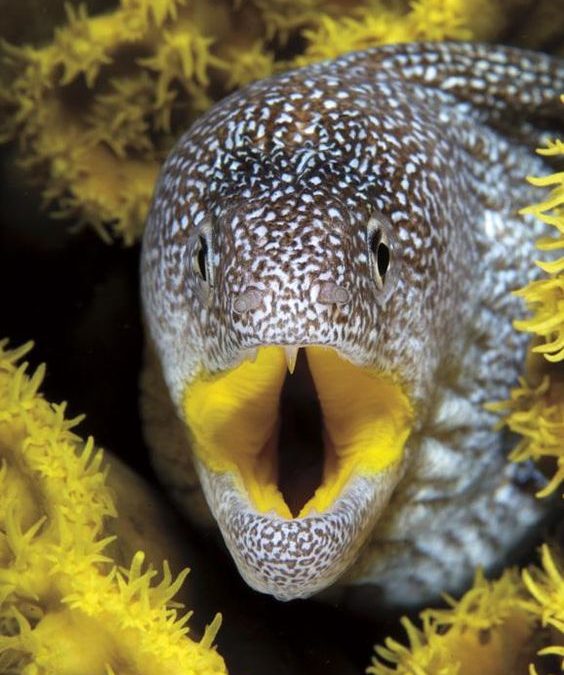 Eel refers to any fish that belongs to the order called the Anguilliformes, which comprises 4 suborders, with 20 families and 111 genera, encompassing around 800 species. However, the term “eel” is also interchangeably used for other fishes with similar features, such as the spiny eels and electric eels, which actually don’t belong to the same order.

Eels actually fall into two categories; the short find and the long fin. Depending where a particular type is grouped, they also vary in ideal habitat and size. Some eels prefer to live in freshwater, some thrive in salty marshes, while some dwell in the ocean.

Short fin eels primarily live in freshwater habitats, such as wetlands, bays, rivers, lakes, etc. They migrate upstream to find the suitable habitat, then they migrate back to the ocean to breed and die. Long fin eels also live in rivers and lakes, but they prefer the coastal areas. They can also survive inland and in salty environments.

Eels start as miniscule creatures (about 1 mm in length). Throughout their life however, they can grow up to 2 meters long.

Compared to the fish, eels grow slow. A long-fin eel may grow for around 15 to 25mm per year. They can however, live for many years, as a matter of fact, large long fin eels can live up to 60 years.

Their elongated and slender body (almost tubular) is the most distinguishable physical characteristic of eels. Young eels have smoother heads, but as they grow, the head also changes, developing muscular dome behind the eyes.

Eels change their appearance when they get ready to migrate to their breeding places. The head then becomes more tapered and slender (like a bullet), while their eyes enlarge, growing as much as twice its normal size.

Also, like all fish in the water, eels have scales and fins. The longfin eel for example, is named after their dorsal fin which is longer than their bottom fin. Their scales are so tiny and embedded deep in their thick and leathery skin, giving them the ‘scaleless’ appearance. Their skin is very sensitive to touch, which helps them feel and navigate through their watery environment.

For their colors, long fins usually appear in dark brown to grey blacks. Occasionally though, those longfins in wild have bright yellow colors.

Eels prefer to eat live food. Small longfin eels usually live in the river gravels where they can feed on water snails, worms and insect larvae. When they reach adulthood (when they get bigger), they feed on fish. Freshwater crayfish and ducklings (small birds) are also part of their diet.

Eels are secretive creatures and nocturnal. During the day, they hide under boulders, log and holes in riverbanks. Sometimes they can be seen hunting for food, but most often than not, they often go out at night to feed.

Eels have poor eyesight, which is why they use their other senses (smell and feel) to hunt their prey. Longfins for example, have amazing sense of smell.

Different types of eels have different breeding processes. Longfins for example, breed only once in their lifetime. They swim from their freshwater habitat swim all the way to the ocean (saltwater) to spawn.

After they reach their destination, the female eels lay millions of fertilized eggs. Their larvae are transparent, flat and leaf-shaped. As they develop, they start to look like eels. They remain transparent though for a week after they leave the sea.

As said earlier, eels take years to grow and mature, and it could even take decades before eels can be ready to undertake their long migration to the salty water. Their average age is 34 years for female, 23 years for male. The adult eels don’t return to their freshwater habitat, as they simply die after spawning.