Home » Author Profile » What is an Axolotl? 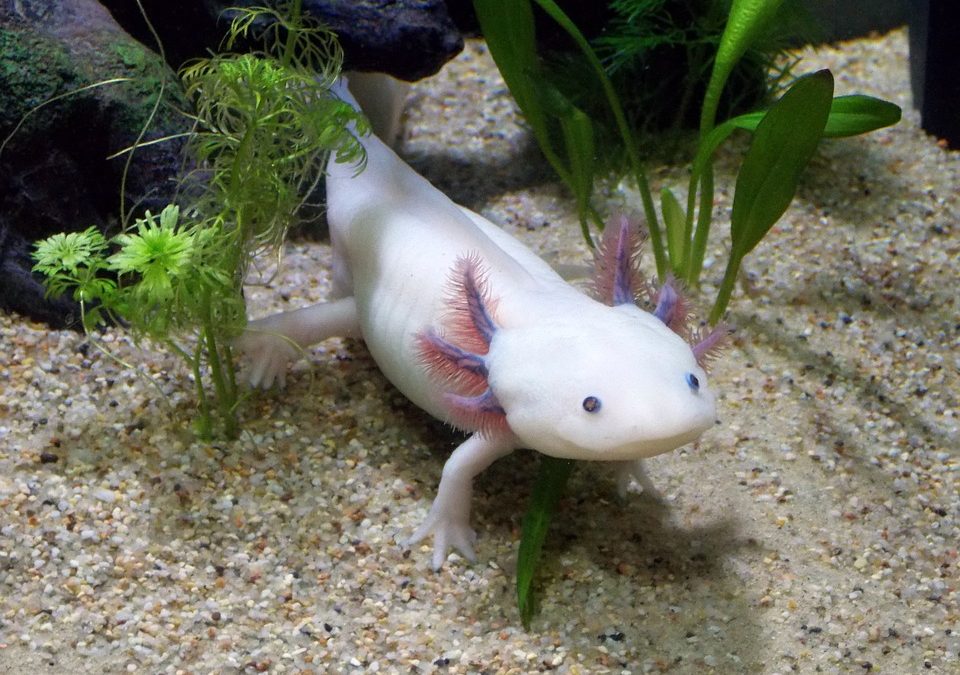 Australians and people from New Zealand know the Axolotl as a “Mexican Walking Fish.” So what is an Axolotl? Axolotls aren’t really a type of fish; it’s actually a salamander which is an amphibian that included under the order Urodela or Caudata. And because it’s a salamander, it is included in one of the three branches of class Amphibia. Class Amphibia include animals like toads, frogs and also eels (which is under the order of   Gymnophiona also known as Caecilians). One common misconception is that salamanders including Axolotls are lizards or perhaps some type of reptile. As a matter of fact, amphibians are a completely separate group. For instance, did you know that human beings and reptile species have four – chambered heart? But we’re not really under the category of reptile right? Amphibians have three – chambers; this is an example that even if there are some similar characteristics it doesn’t mean that they are of the same breed. Salamanders may look a lot like lizards but now you know how appearance can be deceiving.

Axolotls come in different colors especially those that are captive – bred. They are available in colors like grey, white albino, golden albino, leucistic (or those that are white but with black eyes), melanoid, and other varieties like shades of brown. The normally colored axolotl or known as the “wild type” appear as a near – black color though some have chocolate brown shade, and also appear as a creamy color or anywhere in between. There are also so – called piebald axolotls that come in various colors. A variety that is piebald is known as the harlequin and it comes in more than one color.  The name Axolotl came from the Aztec word “Nahuatl.” One of the most famous translations of the name connects this cute creature to the god of death and deformations called Xolotl. The most widely accepted translation is water – dog because “atl” means water, and “xolotl” means dog.

Prior to the growth of Mexico City in Mexico’s basin, the Axolotl creature was native to both Lake Chalco and Lake Xochimilco. Of the two high – altitude lakes that gives off freshwater, only the remnants of Lake Xochimilco can be seen today and it’s also as canals. Unfortunately, many information sources mention that these lakes still exist even if it doesn’t anymore. For instance, an ill – researched article that was uploaded on BBC News website talked about an axolotl that underwent metamorphosis; if only this were still the situation but unfortunately it is rarely caught in the wild which is why the Axolotl is included in endangered species list of CITES. There have been efforts to multiply and breed the Axolotl and release it in order to re – establish its population. However, the location of the remaining waterways where the Axolotl species once lived or may live (which is located somewhere in the Mexico City of the metropolitan) are most likely to be threatened due to the city’s continuous expansion, and the days of the Axolotl surviving in the wild are only quite limited. Fortunately, due to the importance of the Axolotl in scientific research, it is quite unheard for these animals to be taken from the wild for the purpose of study due to the huge numbers that were bred in captivity every year. There are also related Mexican Ambystoma species that remained gilled as adult breeds. These species were located in bodies of water that are quite far from Mexico City and they could have a better future of living and multiplying in the wild than the Axolotl creatures.

Despite its endangered status, the use of the Axolotl as a lab animal should ensure the survival of the species if only in captivity. It has long been known that this animal is a study that’s worth it due to its amazing regeneration and healing abilities. Normal wound healing in species do not occur by the growth of scar tissue which is really not the same as the original nor is it as robust. Normal wound healing also doesn’t allow for most animal species to re – grow a lost limb but for Axolotl’s it is just the opposite. The axolotl is fully capable of total re – growth of their limbs. The creature has the added scientific attraction of having quite large embryos which makes it easier for scientists and researchers to study and analyze under lab conditions. The embryo of Axolotls is quite robust and can actually be spliced as well as combined with various parts of other axolotl embryos with a higher degree of success.

The Axolotl is a truly fascinating animal for a number of reasons such as its ability to regenerate, its grotesque yet cute appearance and the fact that it exhibits a phenomenon called the “neoteny.” Amphibian normally goes through the process of metamorphosis which is from an egg to larva before finally turning to an adult. The Axolotl along with a number of other amphibian species remained in its larval form most of their lives. This only means that it retains the fins and gills but doesn’t develop protruding eyes, characteristics of other adult salamanders such as the eyelids. It usually grows much bigger than a normal salamander and its lava. It also reaches sexual maturity during the larval stage. Another term to describe this state is “perennibranchiate”. The creature is totally aquatic, and although it does possess rudimentary lungs, it breathes only through its gills and also its skin but to a lesser extent.

It is usually accepted that neoteny is sort of a “backward” step in evolution, because the Axolotl creature has descended from what were once terrestrial or land salamanders such as the Tiger Salamander, Ambystoma tigrinumand Ambystoma mavortium spp which is also a closely related species.

As a matter of fact, there is a theory suggesting that the Axolotl is in fact a Tiger salamander or perhaps a version of it as it can interbreed with that species with some success. Through some quirk of nature, a neotenous form developed and, probably due to environmental conditions, prospered. Neoteny can also be found in other types of amphibians, but tends to be caused by low levels of iodine which is an essential element for species to make thyroxine hormones that is necessary for growth and development as well as through random genetic mutation. Studies have also shown that very low temperatures can suppress the production of such hormones, which also induces neoteny. We hope in this article you learn what axolotl is.

Cute as an Axolotl