Home » Capybara » 10 Things You Did Not Know: Capybara Fun Facts 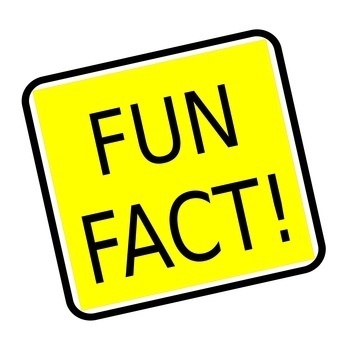 The capybara comes from South America and looks a lot like a guinea pig but bigger and with longer legs. It is considered one of the biggest rodents and likes to stay in groups near some water. If the capybara has fascinated you for a long time, you may already know a ton of facts about this fascinating animal.

Here are some more capybara fun facts that you can learn about your new furry friend.

The first capybara fun facts is that these animals are considered one of the largest rodents in the whole world. They will be about a foot and a half tall just at their shoulders and can get up to 4 feet in length. Depending on how much the animal gets to eat, it can range in weight from 75 to 150 pounds. This is one big rodent!

Another capybara fun facts is that they like to live near water and they are really adapted to living this kind of lifestyle. They spend a bunch of their time near or in water. Since they live in South America and Central America, there are plenty of rivers, lakes, and ponds for these rodents to live in. They use this water as an easy way to get away from all of their predators quickly.

Even their bodies are meant to be in the water. Capybaras like to stay in the water to be cool or to avoid predators. Since they spend so much of their time out in the water, they have developed webbed feet that are great at moving through the water and even on the muddy ground. The facial features of this animals are closer to the top of the head so that they can breathe and see while they are swimming. They can press their ears into the head in order to avoid getting water in while they spend five minutes underwater.

Another capybara fun facts is that they graze either in the morning or the evening. This is because it is much cooler in these times of the day, remember they live near the rain forest. They will spend the day staying in the water or the shade and then eat aquatic plants and grasses. They can consume up to 8 pounds of food each day.

Most of the capybaras diet is made of fiber. Their digestive tracts are set up in order to squeeze out all of the nutrients from these high fiber foods to keep them healthy.

You will find that the capybara is a social animal. They live in a family that contains at least 10 to 20 other capybaras. The group will have one dominant male, a few females, some younger kids, and a few males who are subordinate.

The dominant male is the one who is the largest and gets to be in charge. Sometimes a subordinate male will try to challenge their leader. These two will then charge at each other and then engage into a scuffle. This continues until one of them leaves the scene.

The ratio of capybaras in a group will be one male to two females. But only the dominant male will be allowed to mate with the females. The capybaras will mate inside the water and the gestation period lasts for five months. The young will stay within the group and are taken care of by all the females.

Another capybara fun facts is that they can live about 10 years out in the wild. They can live a slightly longer time in captivity coming in at 12 years of life.

The conservation status of the capybara is in the red list at this time. The numbers have stabilized in recent years and most of the downfall was from hunting practices in the past. Changes have been made in the areas where hunting was severe and many of these animals are coming back.

As you can see, there are a lot of great facts that are known about the capybara. Whether you are interested in learning more just out of curiosity or because you would like to get one as a pet, these animals can be fascinating.

What is a Capybara?