Home » joey joeys food » Axolotl Lifespan: Are They in the Brink of Extinction?

Axolotl Lifespan: Are They in the Brink of Extinction? 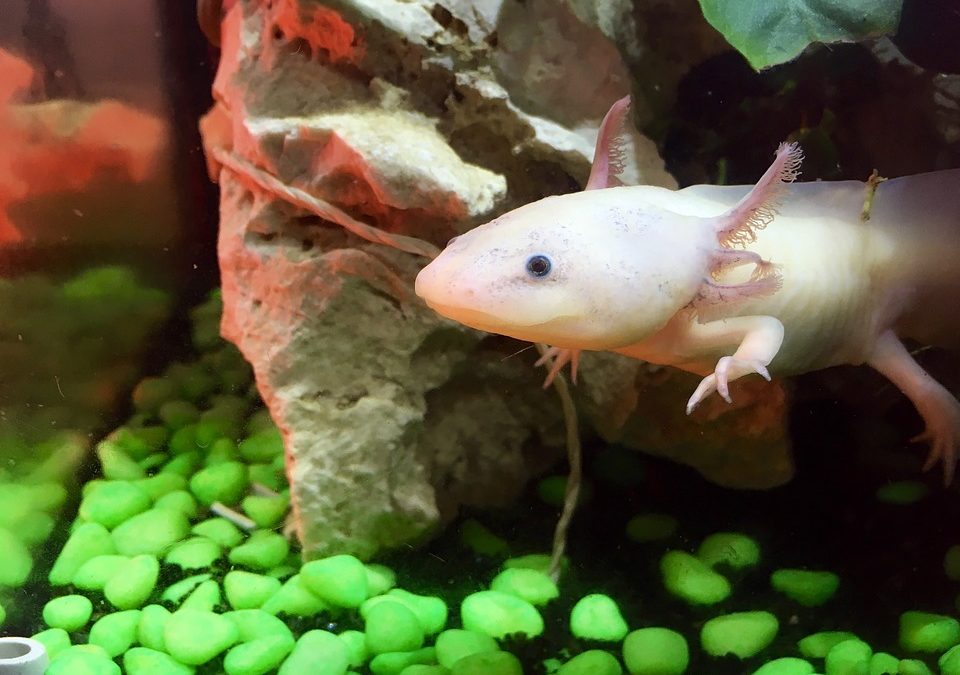 The Axolotl won the survival of the fittest because even if it loses a leg, tail and even parts of its heart, it can re – grow thus extending its lifespan of axolotls. Unfortunately even if they have an ability to regenerate, these creatures are on the brink of extinction.  Axolotls have been known to live for more than 20 years, but it is quite unusual to find a species that’s older than 10 years.

The Axolotl creature can be something of a conservation paradox; also known as the Ambystoma mexicanum, this iconic creature is Mexico’s national symbol; and because it breeds quite easily in an aquarium, it is a beloved pet around the world. There are a lot of axolotls that live in captivity. In fact, there are restaurants in Japan that serves the axolotl as a fried snack.

There are also lots of axolotls every year that are being used in scientific research; and it’s usually because researchers just can’t get enough of their miraculous regeneration abilities thus axolotls are studied in laboratories all over the world. The Xochimilco canals located in Mexico City is the only remaining habitat of the axolotls but due to pollution the axolotl has become a rare sight. The loss of their water habitat really affected the population and also the lifespan of Axolotls especially in South America.

Axolotls and human beings have had quite a long and ambivalent relationship. The “Aztecs” which are also known as the “Mexica” settled in the region around Lake Texcoco in the 13th century. According to historians; the Aztecs built an island city in the middle of the lake; and made it as their capital. The Axolotl creatures thrived in this newly built city and also the elaborate canal system that had been set – up.

This salamander is named after the Aztec god “Xolotl.” According to ancient history; Xolotl is said to have transformed into an axolotl to avoid being sacrificed (even if axolotls were still killed and eaten). As the Aztec empire grew together with the capital city; it caused the lake to shrink which is why all that remains of Lake Texcoco today are polluted canals and small lakes in Xochimilco which is a southern district of Mexico City. Unfortunately, as the canal system and wetlands disappeared, so did the Axolotl.

The first robust population of axolotls happened in the 1990s. It is also estimated that around six thousand animals lived in each square kilometer. Luis Zambrano, ecologist, carried out a count in 2015 at the National Autonomous University of Mexico (UNAM), and he only found around 35 per square kilometer.

This huge drop threatens the axolotl creatures where it best thrived, and has also affected the population or availability of a captive bred axolotl in laboratory and aquariums around the world. Scientist Alexander von Humboldt around 1800s sent two specimens preserved in alcohol to Paris. Humboldt along with other early researchers already noticed another quality of the axolotl creature and that is while other salamander species metamorphose into terrestrial creatures when becoming sexually mature, axolotls was able to maintain their feathery gills and they remain in the water for the rest of their lives. Stephen Jay Gould once said that the best way to describe the process of metamorphosis of axolotls is that they are like tadpoles but only sexually matured.

How Axolotls Were Distributed Around the World

In 1863, Axolotls entered labs when a French expedition shipped about thirty four of them to the Natural History Museum in Paris. Five males and one female Axolotl were passed on to French zoologist Auguste Duméril who was able to manage the breed with outstanding success. The zoologist also distributed lifespan of axolotls to institutions and also individuals in many countries in Europe.

Many laboratories have bred the lifespan of axolotls over the past century. This makes the axolotl creature as one of the oldest self-sustaining laboratory animal population. Grotesque yet quite fascinating experiments over the last 150 years brought us a lot of information about the creature’s ability to regenerate and heal.

Other types of fundamental experiments delved further. When regenerating tissue is grafted from an amputated left arm to an amputated right arm, and vice versa, the axolotl was able to grow three new arms instead of just one. Of these three, two is known as the “supernumerary limbs.”Perhaps more astonishingly, axolotls can receive transplanted limbs or even organs without rejecting it as compared to human transplants.

These may seem like the lab notes of a mad scientist, but the experiments have uncovered these regenerative abilities were a very important foundation so that we can understand just how regeneration works in axolotls and why it’s not the same with mammals.

Mammals including us humans scars build up rapidly which prevent tissue regeneration unlike in Axolotls which can repair deep tissue wounds without any scarring. In fact, blastema is also the reason why axolotl creatures can regenerate a cut – off or broken heart.

Scientists deciphered how molecules arrange the limb regeneration of axolotls, though there are lots of open questions that remain to be unanswered. Regeneration biologists aren’t limiting themselves to the axolotl as they have focused on trying to understand why mammals cannot regenerate or doesn’t have the same capabilities. Adult mice and humans can regenerate fingertips but this is an ability that they lose with age though it gives hope to scientists and researchers who are trying to figure out how to reawaken our regenerative abilities.

It is quite unknown how long scientists will still be able to work with the axolotl because just like many lab animals, they are highly inbred, which means it could threaten the lifespan of axolotls and also survival. The axolotl’s high level of inbreeding is partly a result of its history. The axolotls used in labs today can be traced back to the five creatures shipped to Paris in 1860s. From there, axolotls were distributed around Europe and later to the United States.

Cute as an Axolotl