Eels: Sea Creatures of the Underworld 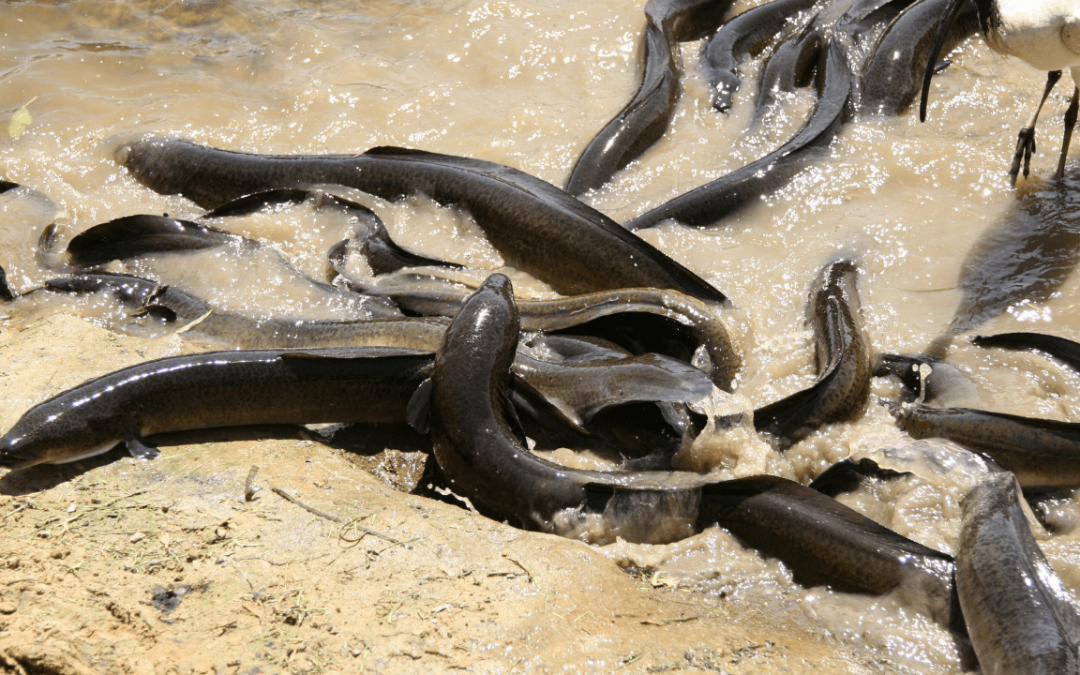 Eels are ray-finned fish that belong to the order Anguilliformes, which comprises eight suborders, 19 families, and is about 800 species. They are a diverse group of fish, that is yes, often mistaken as a big sea worm and a snake, but no, they are not as they breathe using their gills and fins, meaning they could not really live any other places other than underwater.

Eels are known for being one of the most distinctive, creepiest, and in fact scary to some creatures under the sea, but this eel-elongated fish seems to be speaking in fish carers and enthusiasts, does this mean they are not one of the creepiest, and can actually make a good pet with a company you will actually enjoy? As a matter of fact, yes! Eels are one of the rising fish pets to own and take care of, but that discussion will come up at another time.

Today, we will look into the most eel-cited and interesting facts about this phenomenal eel-elongated sea creature. Let us waste no more time and head to the discussion.

The True Test of Being an Eel

Eels, as opposed to most fishes, do live and can thrive successfully in both salt and freshwater.

Eels’ backbone is composed of over 100 vertebrae. This accounts for them to really be flexible and for them to immerse themselves in the tiniest places and spots, as they maneuver through the water with so much ease and advantage amongst other sea creatures. Eels can have their body weighing 95 gm up to 215 gm. Eels can have their body measuring between 5 to 13 feet in length.

Test #1: Eels must be covered with slippery mucus.

This slippery mucus is beneficial as it acts as a physical and biochemical barrier linking the eel and its environment. It is an antimicrobial that plays an important role to save eels from pathogens.

Test #2: Eels must be scale-less

The majority of eels’ species are scale-less unlike most of the fishes. They have very thick skin that saves them from changing weather conditions in the water; also this thick skin produces their slippery mucus. Eels have very sharp teeth. They bite, but they are non-venomous.

Test #3: Eels must have a sharp sense of smell

Eels suffer from horrible eyesight that they cannot rely on prey hunting, instead, they use their sharp smelling skills for it and it pays off greatly. Eels’ blood is poisonous to other mammals and humans, but they do have a reputation for being an exotic delicacy to some countries. This is possible because as they are being cooked, the process destroys their toxic protein. There are species of eels that travel for almost 4000 miles just for them to breed, and their journey takes almost six months to finish, and in that span of time, they do not engage in eating.

There are no vegetarian eels, okay! Eels are known to be fundamentally carnivores and known to eat ranges of planktonic or benthic bottom-living animals. From fish, octopus, and crabs, to shrimps, snails, and frogs? They all will feast on them. There exists a special species of eel that actually is shocking. Eels swim by moving their whole body as if it was a rolling wave that travels the length of their elongated bodies. As well, they too can swim backward as they can reverse the direction of the wave.

Eels are known to be secretive, they are nocturnal, meaning they are active and are roaming around for their food at night, and rest peacefully as the sun begins to rise. They prefer their habitats to be covered in lots of underwater objects and mud, so they would not be mainly disturbed and seen during the day. Their bad eyesight also accounts for their secretive personality as they also need to protect themselves from large predators that are keen on eating them.

Eels make a delicious meal, and in fact, a highly nutritious one. They are a fantastic course of healthy omega 3-fatty acids. They are very high in magnesium, calcium, potassium, selenium, zinc, manganese, and iron. It does not contain sugar; it is very low in sodium and very high in phosphorus.

Eels are known to be an exotic delicacy in some known countries. They are very popular in Chinese cuisine, Korean cuisine, and Japanese cuisine. The European eel specifically, has been making a mark in European and American cuisine. All countries host a wide range of distinct eel recipes that caters to the taste of their locals.

Eel as a Sea Creature

Eel are sea creatures that is very interesting to discover and be educated about. As seen above, they are very unique sea-creature with capabilities that are fascinating, lovable, and even, mouth-watering. Eel, summarizing, is not actually the creepy sea snake we painted them to be, as they go through their lives in a quiet pleasing manner, they have been blessing our interconnected society with nutrients as we at them for food and for clarity, it does make a great sea creatures pet for fish carers and enthusiasts.