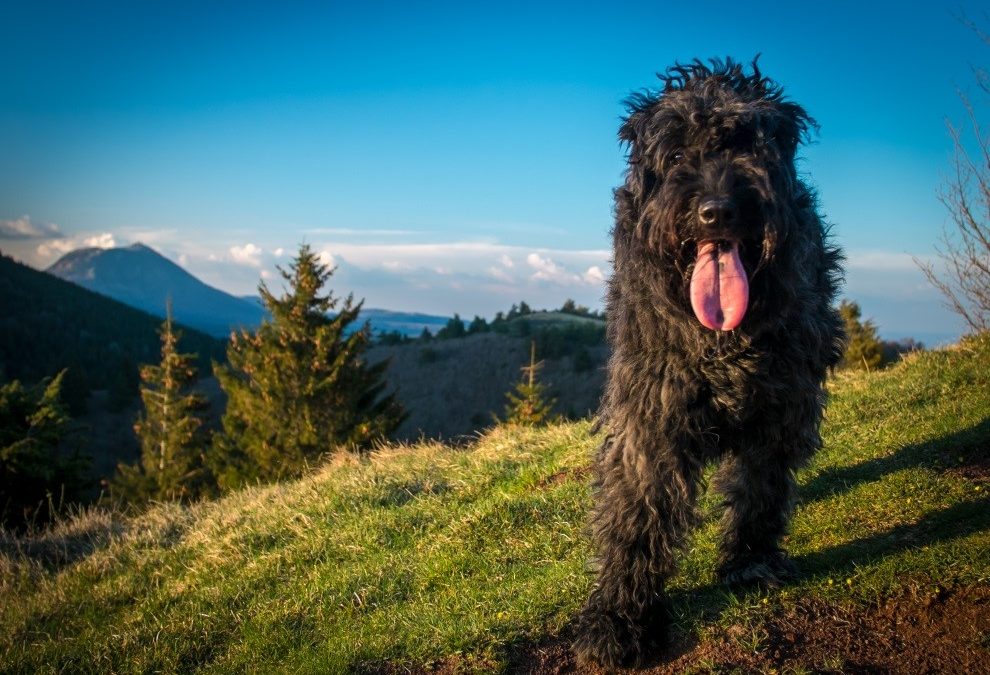 Is Bouvier des Flandres the Right Pet for Me: History

Is Bouvier des Flandres the right pet for me? This breed is naturally powerful and agile. They are bred to meet the demands of herding cattle and do the hard labor in the farm. This is perhaps why they evolved and developed as a lineage of hardworking dogs. They have a rugged look and a strong and large body yet they move with ease and poise. They are muscular necks and chest, and they also possess athletic legs. The Bouvier breed is a balanced mix of serene yet fearless dogs making them great companions.

They come from the Dutch – speaking country of Belgium which back then was known as Flanders. Early in the breed’s history, they were tasked to herd strayed cattle but as time goes by, they became sort of a dog of all trades – they were used to pull carts and also as a watchdog. Their ancestors are thought to be a mix of Mastiffs, Spaniel and Sheepdogs.

During World War I, the Bouvier breed made a great service to the army because they were used as ambulance dogs and as a messenger. They were almost instinct due to these tasks. Today, all Bouviers came from those who survived the battlefields during the war. They were brought to America by European expats. Having proved themselves in the war, people started using the capable and brave Bouvier as police K – 9 units, and also in the search and rescue field. In 1931, the American Kennel Club officially recognized Bouvier des Flandres as a dog breed.

Is Bouvier des Flandres the Right Pet for Me: Personality

Is Bouvier des Flandres the right pet for me? When it comes to working, Bouvier des Flandres likes to get the job done with a quiet dignity. They tend to be focused and energized if they need to do something – herding or actively training for dog sports – but at home they’re pretty laid back. They offer that balance lifestyle which is why they are adored by families. This breed is even – tempered and show to people that they are great house companions. They are not an excitable type of breed but they are strong – willed since they are intelligent. However, they are also known to be quite aggressive if other pets or even strangers show potential threat to them.

Is Bouvier des Flandres the right pet for me? When it comes to kids, these dogs consider children as part of their pack which is why they tend to get along with them. However, it’s important that whenever you allow your children to play with your pet, you should be able to supervise them. Keep in mind that bouvier dogs are large, and they are also known to nip since that’s their natural herding instinct. They may nip at your kids and they can also knock toddlers when playtime gets rough.

Is Bouvier des Flandres the right pet for me? Bouviers are not always a good match for other householdpets. They may however live peacefully with other pets if they were raised together with them from puppyhood. Keep in mind that the bouvier breed have a strong prey drive and may assert their dominance with other dogs particularly when among males.

Is Bouvier des Flandres the right pet for me: Overprotective Dogs

The bouvier breed is highly protective of their people, themselves, and their territory. Is Bouvier des Flandres the right pet for me? It’s in their DNA to guard and watch the people they love and also protect their territory (which is also your property). You can expect them to alert you if they are suspicious of someone or if they are seeing potential threats. They aren’t aggressive towards strangers without a certain cause.

Is Bouvier des Flandres the right pet for me? Bouvier des flandres can get quite aloof sometimes when they encounter strangers but they are generally not aggressive pets. They can be pugnacious with other pets but that’s the result if the owner has not properly socialized the breed. Bouvier des flandres are very protective of their owner and other people but they only take action when they see a clear threat.

Bouviers des flandres are among the largest breed that are hypoallergenic. Their coats are rough but they don’t heavily shed. As a result they don’t produce that much of a dander compared to other dog breeds. Regular grooming can help further minimize the dander that your pet Bouvier produces. It’s also important to note that there’s no such dog breed that is 100% hypoallergenic.

When given plenty of exercise, work and play opportunity you can expect them to do very well. These are great ways for them to channel their high energy and prevent them from becoming bored. Bouvier des Flandres are gentle and serene home companions but you have to ensure that they will have something to do in order to prevent unwanted behaviors such as excessive barking, chewing your furniture, or chasing off strangers.

Is Bouvier des Flandres the right pet for me? Bouvier dogs are strong swimmers. You can include swimming in their daily activities to burn off excess energy particularly during summer. Make sure though that your pet is supervised whenever they jump into the water. The strong-willed Bouvier does best with experienced dog owners who establish firm, consistent, and loving boundaries. Stay tune for more posts!

What is a Bouvier des Flandres?

How Much Do Bouvier des Flandres Puppies Cost?