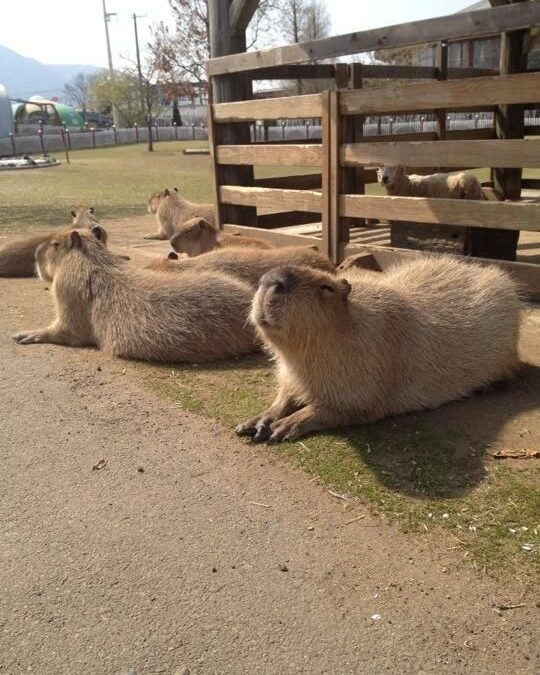 4 of the Largest Rodents to Ever Walked on Earth

Throughout the history of mankind, rodents have been our unwanted guests, feasting on garbage, creeping in the attic, spreading disease. For some people, the mere mention of the word ‘rodent’ evokes anxiety or fear. Why do these animals cause such powerful emotions? Is it because of their two front teeth, thick hair and tail that make them look really terrifying? Or is it because they’re small and agile they can sneak through the windows? The last is not always true though, as some rodents can be nightmarishly huge. Here some of examples of giant rodents you may or may not need to know.

In 1981, scientists excavated the remains of a 21-inch skull in Montevideo, Uruguay. The skull was larger than that of a cow, and has an unmistakably pair of incisors. The skull belonged to the Josephoartigasia, a prehistoric beast and identified as the largest rodent to walk on earth. 4 million years ago, this giant rodent dominated the woodlands of South America.

The analysis of the remains showed the rodent measured about 8 feet long and weighs over a ton. It closely resembled a capybara, and closely related to porcupines and guinea pigs than rats. Theory suggests it used its pair of front teeth for defense against giant birds, saber-tooth tigers, and meat-eating marsupials. However, they are herbivores and eats fruits and aquatic vegetation.

Capybaras are rodents with the size of a dog, making them the largest living rodent today. They are semi-aquatic mammals found in the steamy plains of South America. They can weigh up to 100 lbs., which is about the same size of a full-grown Labrador retriever.

People have been domesticating capybaras for years, and they spend most of their days swimming in the pool. They are highly social animals, making them easy to domesticate, as they can get along with other house pets such as dogs and cats easily. They even get along with horses. As with other rodents, they also have a pair of sharp incisors, making their bites quite painful if they get aggressive.

Bosavi crater, which is located in the highlands of Papua New Guinea, is quite an evolutionary island, as it houses over 40 species new to science. They were discovered in 2009, when a group of scientists set their foot inside the crater, with the help of the local Kasua tribe. Among the discovered animals is the Bosavi Woolly Rats (tentative name, as it’s still new to science), which is the largest known true rat in the planet.

Found in South Africa, Cape porcupines can weigh more than 60 lbs., making it the third biggest rodent in the world today (with capybara and beaver being the first and second, respectively).

Its body is covered with more 30,000 sharp individual quills that measures up to 3 inches long. These quills can detach and easily regrow, making their quills quite a terrifying defense characteristic. Also, the barb-like design of this needle-like hair makes them difficult to remove. Fortunately though, they’re not aggressive, rather, they’re mellow creatures that spend most of their time on ground, foraging for various delicacies of the forest floor, including roots and tubers. They also have the longest lifespan among all rodents, as they can live up to 20 years in captivity. Also, they’re extremely loyal to their partner, and they mate for life.

Purchasing Your New Best Fried – Where Can I Buy A Capybara

Daily Care of a Capybara