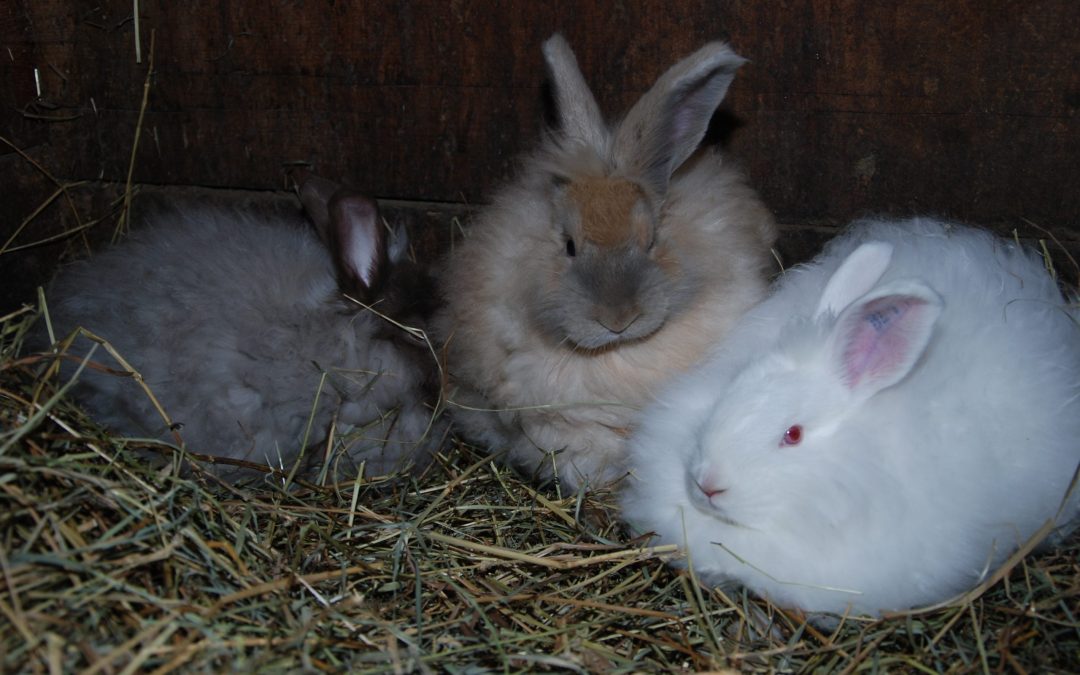 The American Rabbit Breeders Association recognizes four Angora rabbit breeds: French, English, Giant, and Satin. French Angora rabbits produce the finest wools, while the English breed makes for fantastic shows because of their unique furnishings on the face and ears. The Satin breed has the softest fur, and the Giant breed, as the name implies, is the largest of the lot, with Giant Angora rabbits weighing up to 9 ½ pounds.

Raising Angora rabbits, no matter the breed, can be a fun and rewarding experience. There’s hardly anything better than feeling satisfied about taking care of cute, fluffy creatures. Aside from being a great source of wool, they also make for good, adorable pets.

Raising Angora rabbits can fulfill two main functions: to be harvested for wool and to be bred. These two goals are irrevocably intertwined. Angora rabbits have extraordinarily soft coats that feel like heaven to touch. Since they are considered fiber breeds, this softness is of top importance. Indeed, it can even be quite simply said that Angora rabbits have one sole purpose for their existence: to produce fluff, with each generation bred and groomed to produce more fluff!

Many rabbit breeds are raised mostly for their meat. As such, no special attention is really given on their temperament. In contrast, however, raising Angora rabbits can be specifically enjoyed for petting and grooming. Given this, they have a much more docile nature compared to other breeds.

Of course, their docility largely depends on how nicely they are taken care of and how well they are bonded to their caretaker. They would have to be handled daily to get used to the human touch, and they need regular grooming and affection as well. Additionally, if there are several Angora rabbits in the vicinity, they should not be housed together. Otherwise, their more aggressive nature would manifest as they could be rather territorial and attack each other.

If you are looking for a mere lap rabbit, however, there is no better breed than an Angora rabbit. Given enough care and appreciation, this rabbit would be an ideal companion that can ease your worries.

Given their relatively small bodies, as compared to most dog breeds or even cat breeds, raising Angora rabbits require only a few pounds of feed weekly. They don’t need constant motion like dogs either, and they have very slow metabolisms. They don’t burn a lot of energy and they mostly just flop around begging for your attention. You won’t have to worry too much about feeding them because, well, they eat such small amounts; they would need only a few tablespoons each day, supplemented by treats. Apples, carrots, and bananas would be something they’d like too. Since they are raised primarily for their wool, Angora rabbits need a lot of fiber in their diet to facilitate the growth of their fluffy coat.

Angora rabbits are perfect as your leisurely companions

If you want a pet you can run with, you’d want to get a dog, perhaps a beagle or a Labrador that can keep up with intense physical activities. However, if you want a leisurely walk around the garden or across the yard, an Angora rabbit is your best bet.

Most other rabbit breeds are known for their lightning reflexes; perhaps that’s why Alice had such a hard time keeping up with the rabbit who inevitably led her to Wonderland. Angora rabbits, however, are the complete opposite, and they surely aren’t any less wonderful for it! Indeed, raising Angora rabbits tend to just plop around and stretch their fluffy bodies, and they look charming doing so. Even what counts as running for Angora rabbits is something only of a brisk walk for a human. And even then, Angora rabbits would need to take a break after travelling a grand total of 20 feet. They’re easily the perfect prey in the wild, but luckily for them, they have you to take care of them.

Angora rabbits can earn you a nice profit

Maybe you’re raising Angora rabbits for the sake of having some fun furry pets, but hey, profit is always a nice incentive. And no animal would have to be hurt in the process! Angora rabbits have rich coats which you can shear to produce wool. Shearing their fur is not only a good way to earn money but it’s also actually something that benefits your pet. See, letting their coats grow too long and wild is not good for Angora rabbits. In fact, this can harm them, as longer coats tend to mat much quicker and more easily. Debris and dirt can get stuck on their fur, and thicker coats also make them uncomfortable especially in the summer. Additionally, they may unintentionally ingest the fur they shed, causing to digestive and other health problems.

Trimming their coats during spring and late summer can produce around 16 to 20 ounces of wool. Each ounce can be sold for up to $12. If you’re into crafts, you can make your own merchandise to sell to up that value even more. Raising Angora rabbits offer plenty of benefits that you can enjoy. You just have to be ready to take care of them well and put in effort for their comfort too.

Medical Facts about Angora Rabbits That Will Surprise You