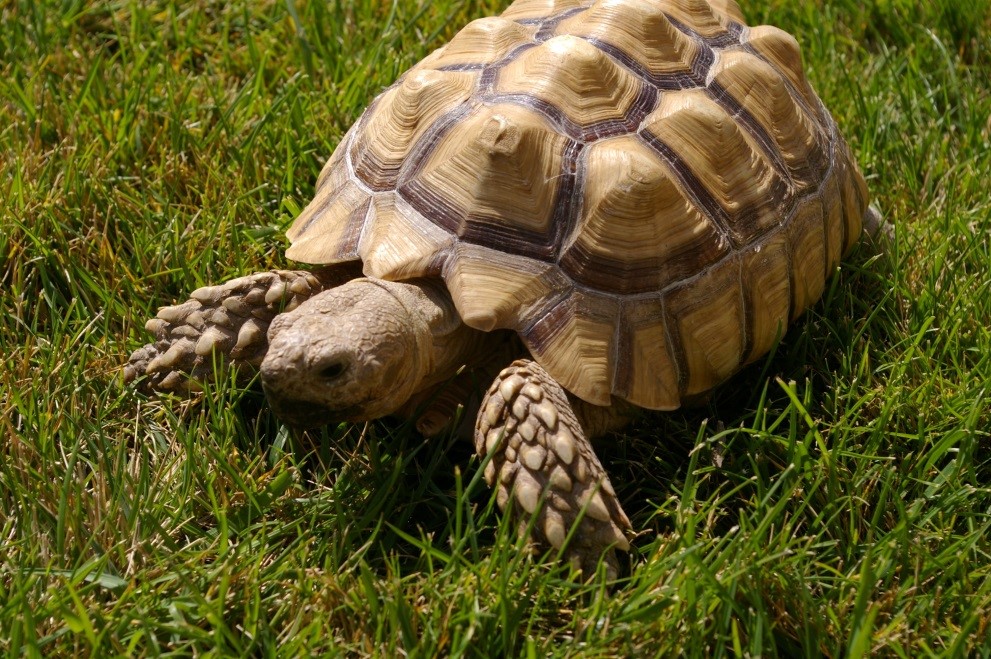 Unlike most mammals that have water – soluble urea, when these tortoises expel uric acid in the form of urine, it is not water – soluble. It can often time appear as a diluted or concentrated white urine. When this concentrated urea pass through the animal’s kidney and the tortoise is always dehydrated or is in a poor diet, this uric acid can become a hard stone in the bladder. Once the body pushes the large and hard stone from the abdominal muscles to the cloaca, it can go up against the soft organs or tissues and instead of the stone being pushed out, the organs, like a male’s tortoise’s phallus is pushed out instead this is what you call prolapse.

This often time happens among male tortoises, their phallus or penis is where sperm pass through during copulation, so if the phallus is exposed and becomes damaged or dry it won’t be able to retract itself back into the shell or the body. When this happens, take your tortoise to the vet as soon as possible.

Vets will try to carefully push the organ inside by applying a hypertonic solution similar to dextrose to draw out the fluid in the swollen penis and shrink it. After that, the phallus will be lubricated and gently be pushed back inside. Vets will then place a suture in the skin of the external opening to stop the organ from coming out until the animal recovers. It will usually take a week or so to fully recover before the sutures are completely removed.

Bring Your Tortoise to the Vet

If you bring your pet to the vet as early as you can, it will be much easier to push the organ back to its cloaca but if you don’t and the organ becomes too dry, the procedure may not be successful and the phallus could be amputated – which means that the tortoise won’t be able to reproduce anymore. Other procedures involve a surgery in the bottom shell of the tortoise to remove the large stones that formed in the bladder; this procedure however, can be very expensive and complicated. Small stones are often treatable through proper hydration so that it can eventually be soluble.

Prolapse can sometimes be caused through mating, because the phallus of the male tortoises are bruised, so make sure to routinely check them every now and then especially if they are housed with female tortoises so that you can separate them to prevent continuous damage to the organ.

How to Keep Your Tortoise Healthy

How to Care for Tortoise Shell?