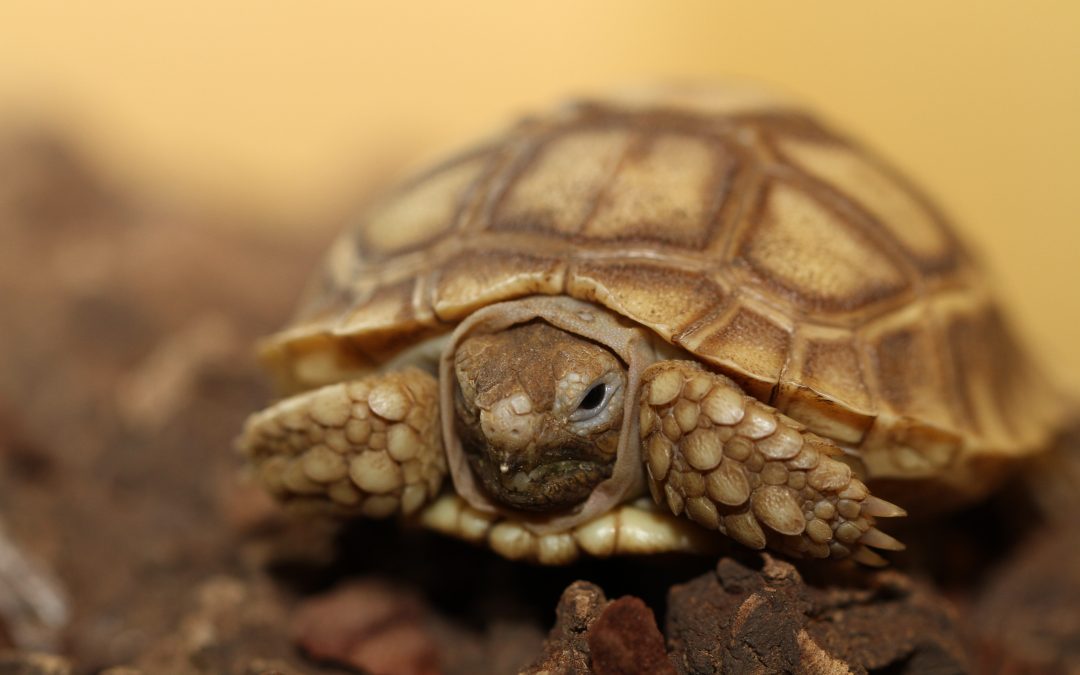 What is a sulcata tortoise? The main difference between a tortoise and a turtle is that the former are terrestrial type of creatures while the latter are mostly semi – aquatic animals. Compared to turtles, tortoises tend to get much bigger, heavier and most species live longer than turtles. What is a sulcata tortoise? Tortoises and turtles alike are believed to be one of the oldest animal species on earth. Their ancestors go as far back around the time of the dinosaurs and some researchers also believe that they are perhaps the longest living species that survived to this day without evolving much and doesn’t have any significant change in terms of what is a sulcata tortoise physical characteristics.

Are You Planning to Keep a Sulcata Tortoise?

Before getting yourself into a situation which may later surprise or worse alarm you, you should keep in mind the practicality of owning more than one of these adorable African sulcata tortoises.  Keep in mind that these tiny and adorable creatures will grow fast and will require you a lot of your attention and time. Not only will you have to consider the size it can grow to which is a whopping 150 pound tortoise that will require some heavy lifting, you will also need to factor in the available space you have at home which may later be swamped with tanks and aquariums if you are not thoughtful.

A sulcata tortoise that is well taken care of in captivity can be expected to live for well over 50 to 80 years. Make sure that you are ready for some very long term commitment because these pets can probably outlive you.  Keep in mind that it is also illegal to release a tortoise back in the wild. If an individual is caught, one could be heavily fined, so if you become overwhelmed by the baby sulcata tortoises that you bought or produced, you will have to do what is right by researching and looking for ways to correctly disperse them, and not just throw them away.

Think about how many you can handle up to the time that they grow bigger and older before buying a lot of these pets.

African sulcata tortoise is the gentlest pets a keeper can ever have, much more so than a very friendly dog or cat! They are perhaps one of the least threatening animals in the world both in captivity and in the wild – I personally think “attack” is not in their vocabulary, and this is mostly because of their – you guessed it – slow pace movement!

As we all know they just hide inside their tough hard shells or probably use their thick skinned scaly spurs every now and then to aid them whenever they would feel as if they are being threatened by predators in the wild which is perhaps the best defensive strategy. They literally carry their own shelter wherever they go which makes them live longer and feel secure even if they don’t possess any significant striking or offensive skills compared to other reptiles or animals.

In the wild and even in captivity, sulcata tortoises love to hide and dig large burrows just to get away from the extreme heat of the sun especially for those tortoises living in dryer areas and harsh environments such as in the Sahara desert, rainforests, and woodlands where most sulcata tortoises can be found.

Sulcata tortoises also possess some huge claws in their legs which makes them very important creatures in the desert environment that they lived in because since they’re the ones who can dig deep holes, other animals tend to share in that shading if they can’t come out because it’s too hot. Other desert animals like snakes, monitor lizards, iguanas and other reptiles help one another in a way and even live in the bottom part of the burrows that’s about 60 feet deep. Most tortoises spend both cold and hot days under these burrows.

African sulcata tortoise are semi – desert to desert species because they are the kind of pets that likes dry environments, but that doesn’t mean that you won’t provide them water or a cooling area. Since they are naturally adapted to a hotter temperature, they have found a way on how to survive despite the harsh conditions by only coming out if the temperature in the desert is just right which is usually around the dawn and dusk hours.

Nocturnal animals are those that are active at night while diurnal animals are those that are active during the day, but sulcata tortoises fall under the category of corpuscular which are species that are neither nocturnal or diurnal because most of the time they’re just staying under the burrow that they dug up using their huge claws waiting for the right time and perfect temperature to come out and explore the outside world.

How to Sell Sulcata Tortoise