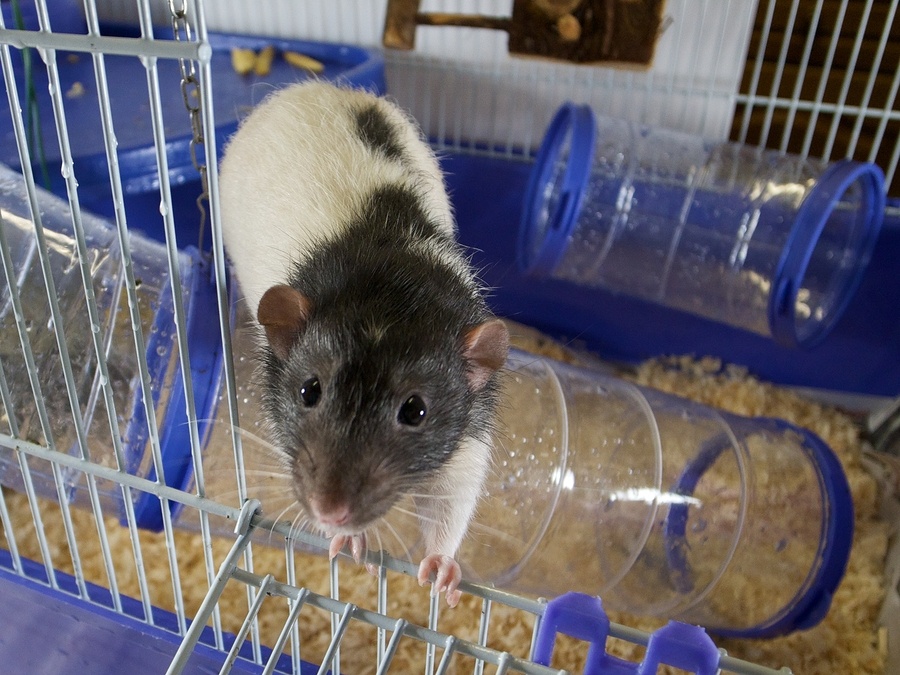 Rats are the most intelligent of all the rodents, although squirrels run them a close second. In the wild, there are two species of rats: Rattus rattus, the roof rat, and Rattus norvegicus, the Norway rat.

The two species cannot interbreed, but are still closely related. Roof rats arrived in America first, although an exact date is not known. Norway rats, however, were reported in the British colonies by 1775.

Today, roof rats are found on both U.S. coastlines and in the American South. The Norway rat is more widely distributed in America, and is also common in Canada and England.

Roof rats originated in India and are well adapted to tropical climates. They have long tails, large ears, and a somewhat delicate build. You will also see these animals referred to as tree, ship, and black rats.

The Norway rat is the larger and more common of the two species. It is often called the brown, wharf, sewer, house, or barn rat. It is the direct ancestor of the domesticated rats kept as pets by enthusiasts.

Norway rats originated in an area of Russia located near the Caspian Sea. They are heavier in build and have small ears. By nature this species is better adapted to cooler climates.

Many of the qualities of the Norway rat have been selectively bred into companion domestic rats. They are highly adaptable creatures and opportunistic in their approach to survival.

They have been known to chew through both lead and concrete, and can leap as much as four feet / 1.22 meters.

Domestic rats are very similar in appearance to wild Norway rats. They are, however, extremely docile and receptive to being handled by humans. They are much less aggressive and predatory.

Because domestic rats reach sexual maturity as early as five weeks and produce large litters, they reproduce quickly and easily in the pet trade. They are completely domesticated and would not be able to survive well on their own if turned loose.

Socialization is necessary, however, especially in the critical period of age 2-4 weeks. Rats are highly social with one another and bond with equal strength to their humans, happily grooming, playing, sleeping, and eating with their people.

Because there are so many varieties of domesticated or “fancy” rats, all the various types will be discussed in the next chapter along with fancy mice.