What Should I Give To My Reticulated Python? 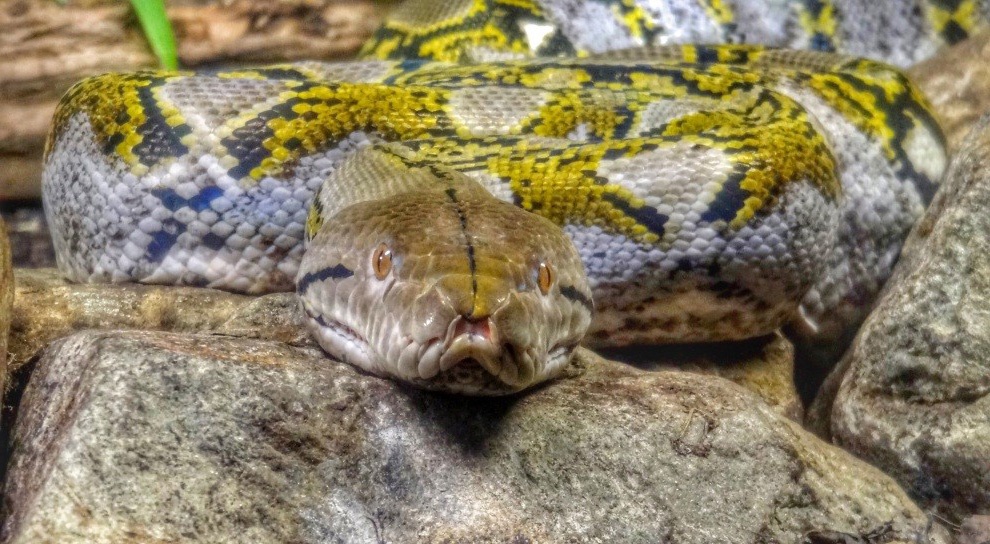 The kind of prey that you need to give your pet varies heavily on the specie. You can ask your vet for the correct dietary requirements of your Reticulated Python, as well as the amount and frequency that you will give it.

Some owners like that their snakes have the thrill of catching and hunting for live prey, such as baby chicks, mice, and rats. However, this is only a myth. Physical stimulation and metal preparation needs to come from the overall environment set-up that you will create, not through attempting to give a live animal in a small and confined space.

Some reasons why you could give pre-killed prey are the following:

A pre-killed prey is much safer for your pet Reticulated Python. It would eliminate the possibility that your prey might gnaw and bite your snake. Chicks and mice are harmless, but rats could potentially attack and kill your pet. Aside from that mealworms and crickets would also bite and nibble on your snake.

If you really want to feed a live prey, you also need to give a food source for the prey, so it would not be tempted to eat your snake. Aside from that, watch out for any signs that would include gnawing and biting of the snakes. If this happens, immediately remove the prey and take your snake to your vet.

The dangers of a live prey could possibly be eliminated through giving pre-killed prey.

A pre-killed prey could be purchased when alive then killed by the owner, or you could already purchase an already killed prey.

After you bought the pre-killed prey, you could freeze the prey up to six months. Make sure that you thaw it completely and let it sit above room temperature before you feed it to your retic.