What to Expect in Burmese Pythons? 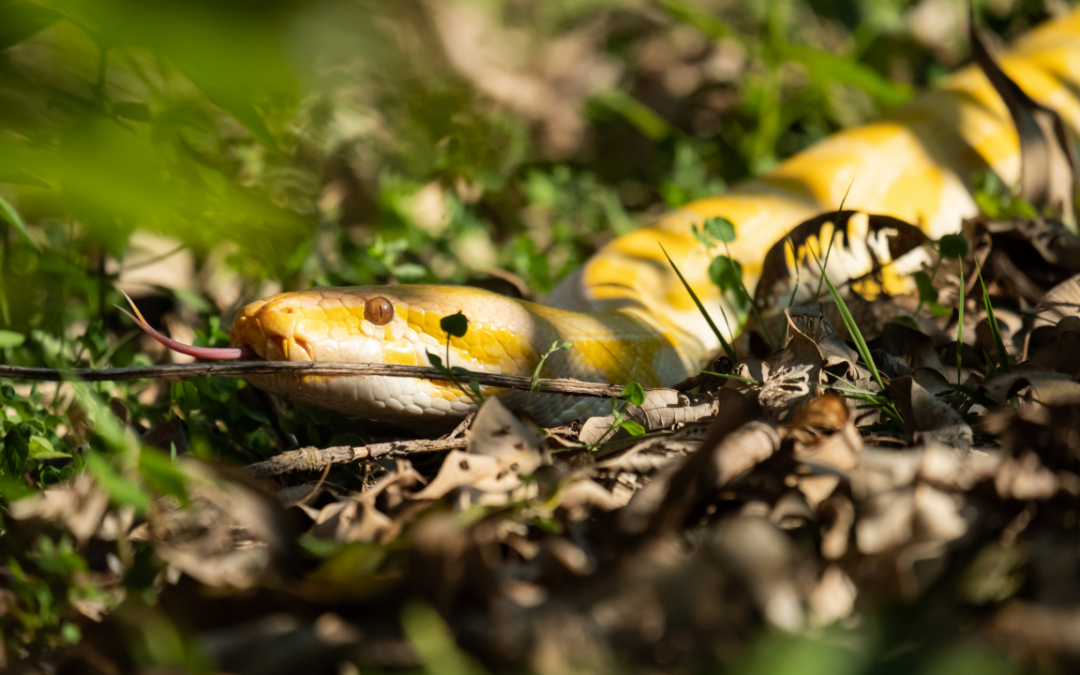 Gentle giants, it’s what they are called. Burmese pythons are a great snake pet for our avid snake enthusiasts and experienced snake pet owners. If you are one and planning to diversify your pet snakes, maybe it is time for you to embark on something bigger, something massive, something giant. Let’s look at how we should take care of our fascinating Burmese python, and everything there is to know about successfully raising them!

Burmese pythons are non-venomous massive snakes that are submissive around their caretaker and owner, they are known to be quiet and gentle, pleasing to observe, with very pleasing physical characteristics. Their snake skins are simply beautiful, they are dark in color with many brown and black markings covering their whole body.

They grow rapidly and commonly range up to seven feet in a year if properly raised, fed, and cared for. They reach adult size at the age of four, and from then on they will progressively slow their growth. Most days, they are really quiet and are keen to enjoy their own company and space. There also exist their bad days, which unfortunately can cause them to be aggressive, in which they are in a very powerful state. They can exert massive force by constricting a human being, especially when they are mishandled or threatened and in some cases that exist, they can kill them. That is why, the Burmese python is never intended for beginners, and is handled poorly.

Burmese pythons are ground dwellers. Their cage or enclosure should be longer and wider than it is being tall. It is important that their tank is snake safe, or specifically made for something their size. Secure it safely since Burmese pythons are escape artists. Have a great warm, humid environment by installing proper ventilation. They need to be in 80 degrees to 86 degrees Fahrenheit with 60% humidity.

They also need beddings for their tanks, for them to lay comfortably. Beddings are to be found in pet stores, and most of the time, you will find one that mimics a forest, relying on those. They are easy to clean, convenient and Burmese pythons love them.

Burmese pythons are carnivores, and with that, they really thrive best with just meat, with no fruits and vegetable requirements for optimum health at all.

Their typical preys are:

The size of their foods should correlate to the width of their body. They typically eat once in a two weeks interval, and that typically aids to an optimum health condition. Be careful to not overfeed them, since it will lead to obesity that might cause unwanted diseases. Daily, you should provide them water that is meant for drinking and soaking themselves. It should be changed daily as well since it often gets soiled or surrounded by dirt.

Burmese Python needs frequent handling when they are young, this will help you, as an experienced owner, to be familiarized by how their body moves and behaves, allowing you to memorize it when the time comes that they are big already. They are okay with being alone, and what you can do most of the time is to just silently observe them, and be fascinated by their subtle movements.

The general advice for their health and well-being is to have a great space for them, with great temperature, good lighting, and proper healthful feeding. They are generally healthy as well, and this state can be sustained with good husbandry and proper hygiene. If you are suspecting that your Burmese python might be ill, these are some signs to look out for:

If you see any of this, it is advisable and best to contact a trusted veterinarian that has a specialty in handling snakes like Burmese python to aid immediate care, medicines, and treatments.

Burmese pythons can be a great addition and fulfilling petting journey to our fellow snake enthusiasts and experienced snake experts. Remember, to be successful in raising and petting them, adhere to their proper space and environment, feeding, handling, and forming a good snake-human relationship, together with prioritizing their health and well-being. In addition to that, extensive research, and clarifications to unclear topics and questions are encouraged and suggested before raising them.

Do Burmese Pythons Have Feelings?

What Are the Best Snake Lights for Pythons?

How to Adopt Burmese Pythons?