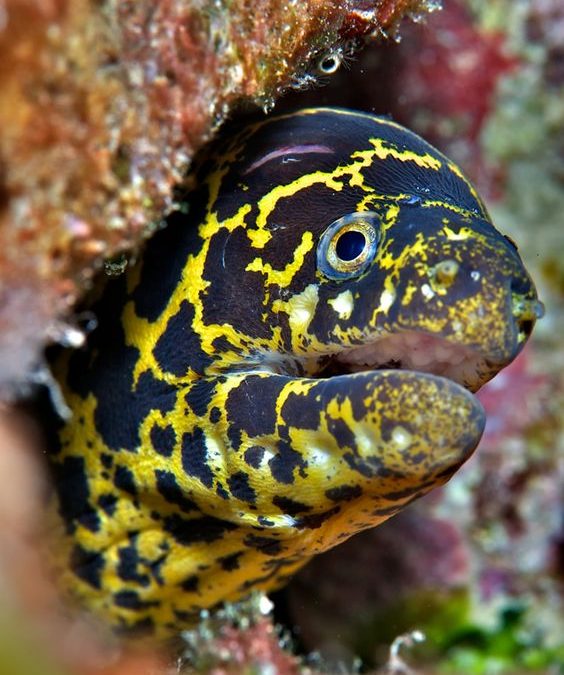 This may sound strange, but many people think eels are gentle, and they make good pets. Many aquarium workers even testify that these serpentine-like sea creatures behave like dogs, exhibiting great intelligence, which is uncharacteristic for animals other than mammals. Still, this is not enough reason to categorize them as good pets. However, more and more people are actually getting eels as pets.

How they Became Pets

Oliver, a Green Moray Eel is quite a popular eel in YouTube, as he allows people to get their hands in his aquarium to rub its belly and pet him. Uploaded more than four years ago (2012), the video has now more than 220,00 views. Those who are looking for information or helpful tips about keeping eels as pets will surely stumble on this video.

And Oliver seems to be not the only one who loves to be petted, as some video shows you can even pet them in the wild, as shown by experienced diver named Valarie Taylor, who spotted an eel and named it “Honey.”

Both video shows us a very different side of eels compared to what we usually thought of them. Professor Culum Brown, from Department of Biological Sciences in Macquarie University, Sydney, said eels are pretty social animals, and that they can feel pain like mammals. In his interview in ABC, he said many people generalize all fishes’ behavior as completely inflexible, that they’re just like little swimming creatures, but that’s undeniably not the case, as fish can actually learn whole lots things, alter their behavior, and they can do it only if we give them the chance.

Eels may have displayed some dog-like behavior, but whether that puts them in the same category as “man’s best friend” is yet to be seen. It does however; raise some interesting questions, such as “will they make good aquarium pets?”

Well, the answer can be both yes and no. Though the videos shows eels have a potential of being good pets, we are yet to fully understand their behavior. That’s aside from the fact that they can be insanely expensive to both acquire and care for.

Depending on the specie, you may need an extremely large aquarium or tank to keep them happy, which ultimately requires a huge space and regular care.

Size is usually the deal breaker in getting eels as pets, making them quite impractical to own. If you have budget is not an issue, and if you have the luxury of space to accommodate a large water tank, along with other aquarium necessities, including hides, plants, etc., then go for it! Christopher Scharpf an expert of eels from NANFA (North American Native Fishes Association) gave a firm warning for people who are considering of getting eels as pets. In his exact words, he said “do not underestimate the eel’s Houdiniesque talents.” He added that he had failed in all his attempts to confine every eel he has kept.

If you insist on getting this exotic animal as pet, and if you think you can make it happy, then it will be nice pet to brag to your friends and guests. You only need to feed them 2 to 3 times a week, with either live or frozen dried prey. Experts still insist it is best to leave these majestic creatures in the wild, and let researchers continue their work to study and understand them better for the rest of us.