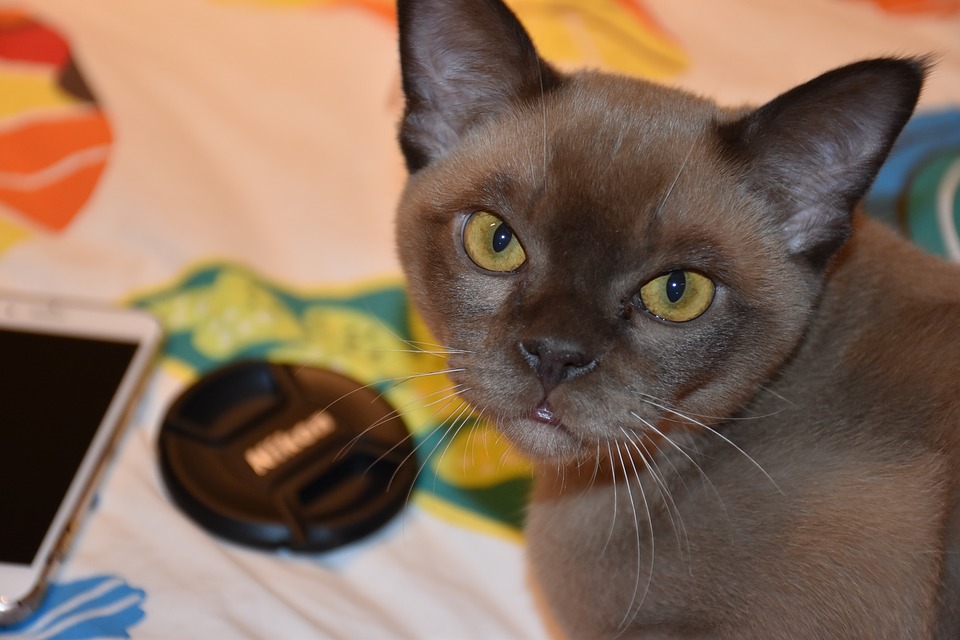 The Burmese cat breed has a reputation for being a very clever breed. They enjoy learning and will definitely have fun doing interactive games. Providing them with physically and mentally stimulating game will keep them sharp and alert. Burmese cats are also a one – cat home, and for most cases they get along with other household pets and with their own kin, so are Burmese cats friendly? Indeed!

Are Burmese cats friendly, yes and they also make great additions to families who may already have other household pets. They have been known to be very tolerant of kids, which is why those families with toddlers and babies should have no concerns about having this wonderful breed around. If you treat them as part of your family, they will treat you as their parents. Their outgoing and sweet personality also makes them friendly to strangers and less afraid compared to other cat breeds.

Burmese cats adore people in a lot of instances; this cat breed is almost considered like a loyal and trusting dog that loves coming to their owners. Expect your Burmese cat to attach itself to you and follow you around the house. Are Burmese cats friendly? Super! So, if personal space is something you like, then perhaps the Burmese cat is not for you. They’re also very confident breed which means that if they want their attention, they can be extremely vocal. In terms of vocals, the Burmese breed is just as talkative as their Siamese ancestors but they have more pleasant vocals. They do have a sweet and low rumbling purr sounds.

They are great household pets because they are very social cats. They enjoy playing with kids and generally get along with other family pets provided that there’s proper introduction and supervision. However, they are also the kind of pets that may not do well if you leave them alone in the house for an extended period of time since they are naturally social pets. Make sure to have a cat – sitter if you’re going to go for long vacations.

Putting It All Together

Burmese cats have such a great history with humans for a long period of time. They make amazing household pets, they require minimal grooming, they are naturally clever and loyal creatures. This breed makes a great addition to any kind of home that already has multiple pets and even family members!

The energetic and outgoing personality of the Burmese cat can make them a little bit of a handful for some people who is maybe looking for a more hands – off kind of pet, but if you want an excellent cuddling companion, then this breed is perfect for you. Like any other breed, the Burmese cat has its positives and negatives. Make sure to know them so that you can provide the needed care, love and attention from you.

Are Burmese cats friendly? If you’re thinking about keeping this breed, you need to know that Burmese cats would want to spend time with you. This lap cat may not be the right one for someone who’s gone for long periods, or isn’t looking to spending a lot of extra time with them. It’s also important to note that even if you’re out to work all day, it doesn’t mean that you can’t keep Burmese cats altogether. It’s best that you keep a pair of Burmese pets, or maybe have another pet around like another cat breed or dog that will at least help your pet to not get bored or lonely while you’re gone. If you’re looking for a cat that you can cuddle at the end of the day, then the Burmese breed is the lap cat for you.

There are lots of cat hobbyists that love keeping Burmese cats, and it’s because they’re a very rewarding cat breed. They are naturally affectionate and forms strong bonds with their companions. A Burmese cat is a great lap – cat, so don’t be surprised if they want to sleep with you at night. Most kittens are also playful, and they carry this kind of playfulness well into their adulthood. This kind of energetic felines can also play fetch just like a Golden Retriever! They love physically and mentally stimulating toys so make sure to provide them with such to avoid boredom. We hope that in this article, we answer your question, are Burmese cats friendly?

Why Are Burmese Cats So Affectionate?