Are Dachshunds the Right Pet for You? 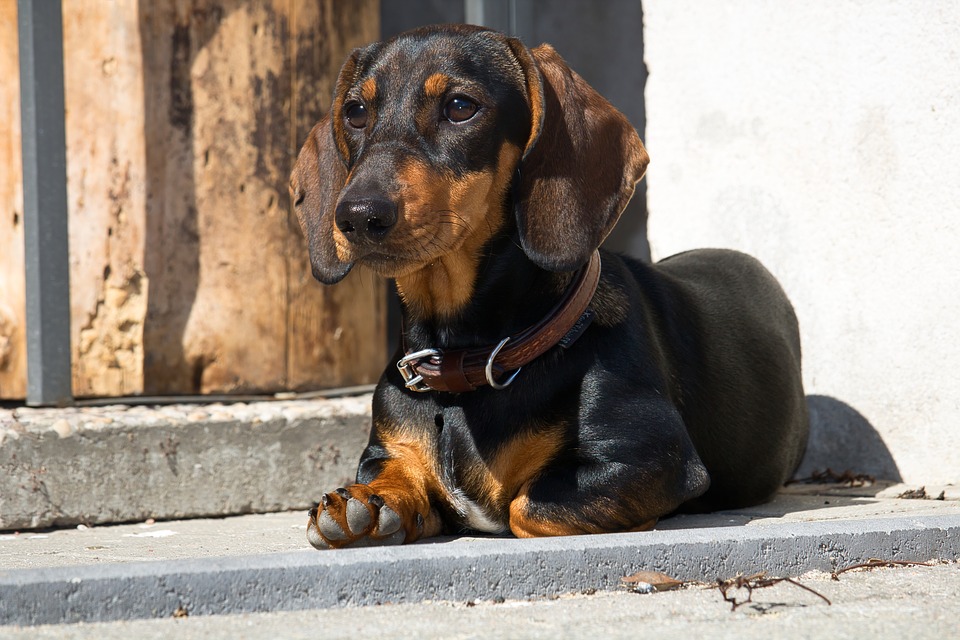 Reasons that a Dachshund is the Right Pet for You

Are dachshunds the right pet for you? The Dachshund breeds are great house companions; but they also require being out for a walk every day or at least a few times in a week. Make sure that they’re on a leash when you walk them around the neighborhood; because if they saw something that will piqued their interest they will definitely chase it off so make sure that they’re always under your supervision; because the last thing you would want is a lost Dachshund!

Keep in mind that this dog breed loves to socialize with fellow dogs and people in general; which is why if you don’t have any other household pets; you have to make sure that you will always play with them and keep them company because loneliness can lead to excessive barking. If you are always away from home for extended periods perhaps a dachshund is not the right pet for you. Time and affection is non – negotiable for them.

Are dachshunds the right pet for you? Another great characteristic of the Dachshund breed is their loyalty to their owners. They make great watchdogs who are not kind to strangers let alone intruders. You’ll find them barking persistently and sharply to someone whom they don’t trust and perhaps feel good about. However; at some point you need to also train them to reduce overt signs of suspiciousness because this can lead to rudeness to strangers.

In addition to all these great qualities, Dachshunds are generally intelligent and independent dogs making them stubborn at times. They are proud little dogs who have a mind of their own and resist any force. They can at times become irritated if pushed too far, and they could also respond in an angry way by growling; and nipping if they are harshly teased or handled. These are just a glimpse of what you can expect in your Dachshund’s temperament. It should give you an inkling of what to expect once you’ve finally decided to purchase one. Now let’s delve deeper on the temperament and attitude of the Dachshund.

Since Dachshund temperaments are originally bred for hunting; you can expect that being intelligent, courageous and independent is innate in them. This is why any Dachshund owner ensures that their pets are physically and mentally stimulated and engaged in activities; so that they can have an outlet for their energy and cleverness. Regular exercise and some form of training will make these little dogs happy and bonded with the family. They can also get along well with say, retired couples and even with people living independently as long as adequate attention, love; and care are met.

Are dachshunds the right pet for you? Independence can both be viewed as a positive and negative trait; it makes a good characteristic if the Dachshund is used for hunting; because they only need little to no instructions since they are quite resourceful in accomplishing the task. However, in a household setting; the independent trait of Dachshunds may not be that useful and will definitely clash with its owners orders which is why utmost patience and persistence is required especially during training sessions.

Dachshunds are known for being loyal and devoted to their owners; but sometimes they really do like to be the boss. Don’t be surprised if they boss around the house because these dogs really like to be in charge; though sometimes it can translate into aggression. This is the reason why keepers train them at a young age so that this like a boss attitude wouldn’t become an issue as they grow.  Once your Dachshund finally get the point that you are the leader of the pack; you will find that he/ she will be the most loyal pet ever; and will always be ready to protect you at all cost especially if you find yourself in trouble. Expect them to serve as your bodyguard and follow you around wherever you go.

Reasons that a Dachshund is NOT for you

Since Dachshunds are hunters by nature, expect them to always be ready to rise to the occasion. They will bark and chase any possible threat they encounter or anything that triggers them. They often bark at strangers, other animals; as well as vehicles which is why sometimes it can be a problem especially for apartment dwellers; because a simple doorbell can make them bark hysterically. However; if you manage to train your dog during its formative years then barking and chasing wouldn’t be much of an issue.

Another Dachshund temperament that you should be aware of is their stubbornness and aggressiveness. Intelligence and independence make these dogs temperament stubborn at times; and you will most likely see it when you finally house – train your pet. Most owners get frustrated; and impatient when their dogs have a mind of their own and don’t follow orders during training but that’s part of the job.

Another common behavioral problem concerning the Dachshund’s temperamentis digging. The hunting instincts of your Dachshund will inevitably lead to holes being dug in your backyard. Keep in mind that housebreaking should be gradual because many Dachshunds’ don’t prefer to stay outside; especially if the weather/ climate is too cold or wet. You can opt to provide a covered potty yard.

Are Dachshunds the Dog for You?

Are dachshunds the right pet for you? The characteristics and temperament of Dachshunds make them attractive to loyal followers who would never consider keeping other dog breed. Other dog breeds should watch out because the Dachshunds probably have some of the best hardcore fans in the world. Dachshunds are best kept in pairs because they love hanging out with their fellow wiener dog. They can also get along with other household pets though sometimes they can show some form of jealousy because they don’t want your undivided attention; and they can also be quite possessive of their territories and toys. This is what most Dachshund owners eventually find out about their dog’s temperament; which is why it’s best that if ever you see this kind of attitude in the future, you must put a firm stop on such bad habits at the onset of possessiveness and jealousy.

Dachshund’s Temperament: The Good, the Bad, and the Ugly.

Can Dachshunds Be Left Alone?

Why Are Dachshunds So Clingy?

Do Dachshunds Bark a Lot?