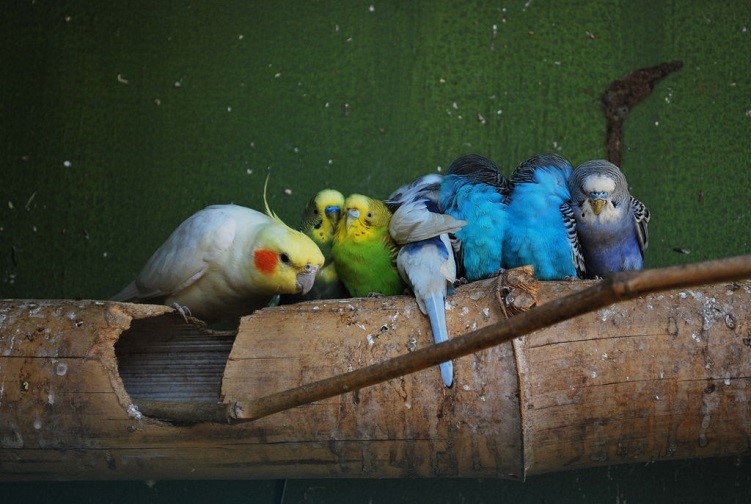 Fortunately, Budgerigars in general are very welcoming to other species regardless of its kind! They are very friendly parrots, and you as the owner don’t have to worry if ever you would introduce them to other birds or pets, they love to hang out with everyone including people!

There is however a flipside, Budgies tend to be harmful companions for smaller birds or birds of the same size, such as cockatiels. Even if your budgie gets along with a larger or smaller bird, accidental injuries can occur during play or when they are just simply spending time inside the cage. They are indeed, small but sometimes terrible birds so keep a tight watch over them especially if you just introduced them or if they interact with other species.

It is also best to socialize your Budgerigar while they are still young, because they are still vulnerable and can be very accepting of other members once they get used to it.

As a general rule, you can introduce other types of birds but do so with caution so that they could easily warm up with their new feathered friends.

Unlike other birds that are highly individual, Budgerigars love to be in flocks when they’re in the wild or even in captivity. It’ll be easy to train them to like other parrots, though sometimes they can be a bit witty.

Experts also suggest that the best behaved Budgerigars are those who were exposed to lots of change in the environment and the ones who were trained to socialize with people, and pets because they become more adjusted.

Ringneck Parakeets Behavior with other pets