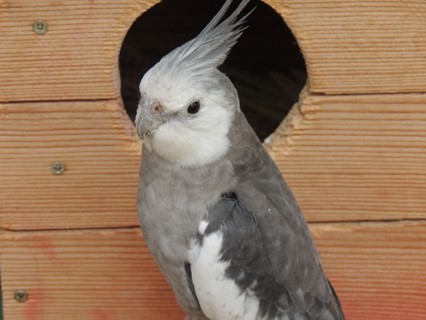 The Cockatiels original ancestors came from Australia and they are partly spread to Asia and Pacific areas. The Aboriginals have used the meat and eggs of the cockatiels as their nourishment back then.

During the early days, Australia has suffered from several severe dry seasons, causing the local birds to flee and search food in other areas. Some scientists believed that it is possible that a cockatiel was one of these bird species. Sometimes a species was separated while other birds escaped and some of them stayed. According to historians and avian experts, this could have happened among cockatoos after a long period of isolation and geographical walls.

In 1770, James Cook, a British sailor and explorer went for a trip to Australia, formerly known as “New Holland.” Cook mentioned the breed several times in his diaries. Historians conjectured based from Cook’s documents that at least one cockatiel was taken to Great Britain with its crew.

In around 1800’s first explorations to the inner Australia were done. People imported only a few cockatiels to Europe, because back then knowledge about parrots and how to handle these kinds of species were not widespread yet. Due to stress, different climate, incomplete care and lack of knowledge only few cockatiels survived.

Several years later, after the first color mutations appeared, breeders and bird enthusiasts got very interested and started breeding their own, the popularity of the species grew rapidly.

In 1845, Cockatiels became a popular pet in Europe especially in Paris, France.

In 1894 the Australian government decided about the import and export proscription to protect the local flora and fauna. This ban still exists and means that no Australian wild animals shall be exported from the country.

In 1910, Cockatiels arrived in United States with its first breeding pair.

Around 19 51 until today, people started breeding color mutated Cockatiels and because it is generally a low maintenance bird, has a vibrant look as well as a fun personality, it eventually became very popular as a pet especially in the United States.

What’s the Difference between Budgies and Cockatiels?