Home » Savannah Cats as Pets » Do You Need a License or a Special Permit?

Do You Need a License or a Special Permit? 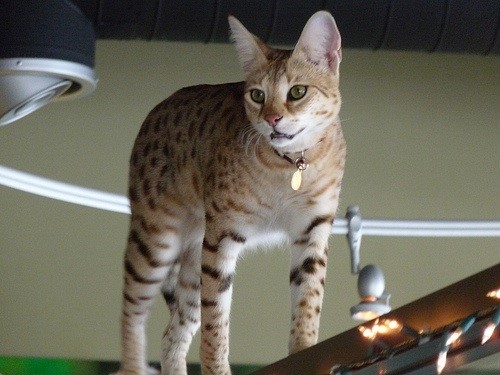 Do you need a cat license or a special permit? Like with most domestic cats, the regulations and laws governing ownership of Savannah cats vary. It’s from state to state, and even from country to country.  Do you need a cat license, it is imperative that you check with your local legislative agencies. This is to determine the legality of Savannah cat ownership. Since it is illegal to own them in some states and countries. And because state laws can change over time, sometimes even faster than we think. It might be a good idea to stay constantly updated. And to also check whether any changes in the laws might add restrictions. It affects the legality of your pet ownership. In this article, do you need a cat license?

Do You Need a Cat License: Classification of Savannah Cats

The first thing you have to check is how Savannah cats are classified.  In general, Savannahs are considered hybrid wild cats, not domestic cats. Although in some states, later generations of Savannahs are already considered domestic cats (usually F6 and onwards).  In certain states that restrict ownership of Savannahs, no more than F3, F4 or later generations of Savannah cats are allowed. F1 to F2 or F3 that are considered wild animal hybrids are illegal to own. They may require stricter regulations such as on ownership and accommodation (e.g., must be caged).

Be sure to check not just your state law but also your local county law.  Local bylaws of town/city may still ban hybrids even if the county and state law allow them.  For instance, New York state allows ownership of F6 and later generations of Savannahs, but they are not allowed in NYC.  Needless to say, this can be a potentially chaotic situation if you find out that your local area prohibits or restricts ownership of Savannah cats even if your state law does not.  A similar situation exists in Canada, where provinces such as Alberta and Saskatchewan have specific restrictions on hybrid cats

As of this writing, states which prohibit or restrict ownership of hybrid cat ownership include Hawaii, Massachusetts, and Georgia. Hybrid cats are also prohibited in Australia, due to local concerns for the native wildlife. They are already being threatened by domestic feral cats.  In the UK, Serval and F1 Savannah cat ownership require a special license. For later generations of Savannah cats are essentially legal and require no special license or permit.  So before you even buy a Savannah cat, do your due diligence. Even transporting or importing Savannah cats may also fall under specific regulations.

CITES, or the Convention on International Trade in Endangered Species of Wild Fauna and Flora, apply here since Savannah cats are considered covered by CITES.  Transporting Savannah cats between or across international borders, therefore, require a permit.  Traveling with your Savannah across borders also requires a CITES pet passport.  Failure to abide among the 170 member nations of CITES means confiscation of your cat, which will most likely not be returned.  Take note that international transport also requires a USDA health certificate and a fish and wildlife inspection of your cat.  Rabies vaccines should also be up to date.

How to Select a Savannah Cat?

ARE YOU READY TO OWN A SAVANNAH CAT AND HOW MUCH WILL IT COST?

How to Prepare for Cat Shows