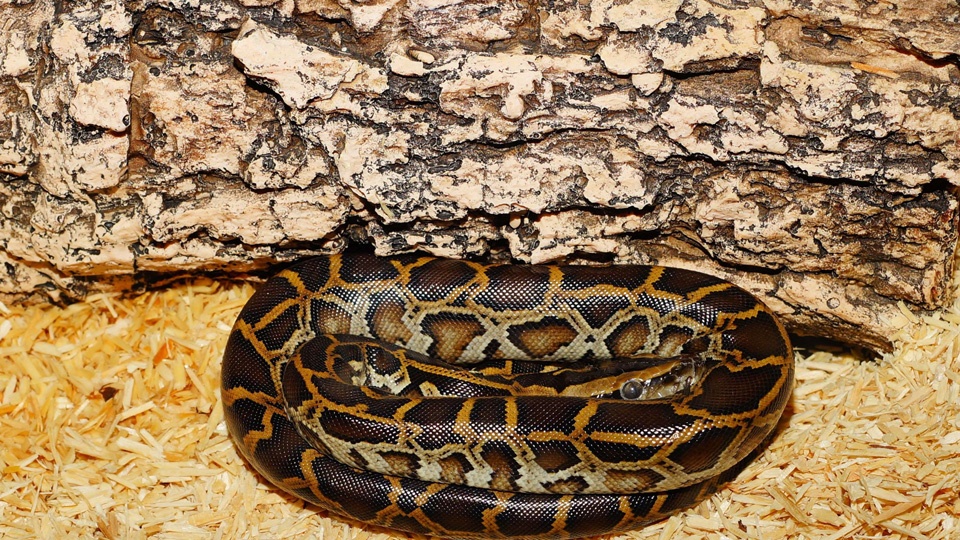 Once you brought your new pet home, it’s wise to let the snake adjust to its new environment and as much as possible don’t bother them for at least for a few days. You’ll notice it consistently flicking its tongue because it’s trying to make sense of its new environment so just let them be and as days go on gradually introduce yourself to them. Here are some tips on how you can start a good relationship with your new pet:

Tip #1: Allow your Burmese Python to adjust to you. It is normal for them to hide or defend themselves, but they cannot really harm you (since they are non – venomous) unless of course you sort of taunt them.

Tip #2: Let it sit outside its terrarium for a few days. What you need to do as soon as your snake arrives especially in the first few days is to just let them roam around the house (supervised) for about an hour each day and allow your pet to get used to your smell.

Tip#3: Try to resist constantly touching your new snake during these first few weeks. Give your new pet a few weeks to settle into its home and get used to a regular feeding routine. Remember, snakes are also living beings that need to settle and get used to new spaces.

Tip #4: Try not to stress it out with unnecessary handling during the “adjusting period.” At the end of this initial week, you can now begin to move things around inside your snake’s terrarium. However, it is still not allowed to attempt to touch your pet python at this point. Continuously do this for another week so that your snake can get used to the idea that you have no intention to harm him. Being around it without attempting to touch it will let your Burmese python know that you are not a danger or threat.

Tip #5: Start to gently touch it after a week or so inside the terrarium. Once you think that your snake know that you are not a threat, you can start to touch it while inside its cage by placing your hand in its cage and gently start touching it, moving it around inside the cage, and lifting your snake’s tail. Continue doing this manner to your snake for three to four days.

Tip #6: Start handling it for short periods of time outside of the cage. Once you see that your pet is comfortable with its new surroundings, you can start approaching your snake. However, do not handle it for the first two to three days after a meal.

Tip #7: Approach your snake from the side. Avoid handling it as if you’re a predator as what predators do is that they would approach it from the top, so do it from the side. Then slowly but confidently lift it. Hesitation will scare your snake and will cause it to hide or bite. When your Burmese python realizes you are not going to eat it, it will calm down and tame quickly. Eventually, it will become used to handling.