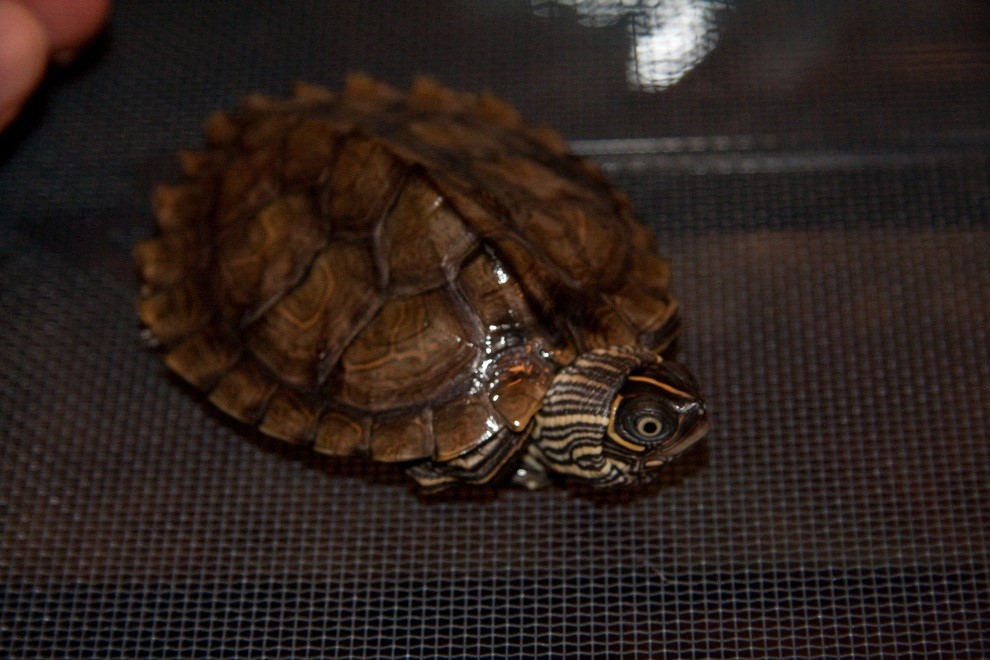 Map turtles have a specialized body form: an overturned, serrated carapace, and hefty, broad forelimbs, and paddle-like hind feet. Map turtles are highly evolved and distinctively adapted, resulting in specific requirements that need to be met whether they are in natural environments or captive habitats.

Carapace – (top of the shell). This is one of distinguishing features of a map turtle. The carapace is the elevation of black-tipped bumps that run along the turtle’s spine, and the rough, pointy rear exterior edge. Mississippi maps have moderately prominent black-tipped protrusions. The color of the Mississippi map turtle’s shells are either brown or olive with a combination of thin yellow circles or lines. The patterns on its shell often fade as the turtle matures or can be concealed by an overgrowth of algae on the shell.

Plastron – (bottom of the shell). The Mississippi maps lower shell, called plastron, is either light green in color with a mix of yellow or yellowish tan, and has light brown lines that look a lot like wood grain. These light lines run along the seams of the turtle’s scales. The map turtle’s plastron may also have dark patterns. These patterns can also fade over time.

What Is A Box Turtle?

How to Choose a Reputable Box Turtle Breeder