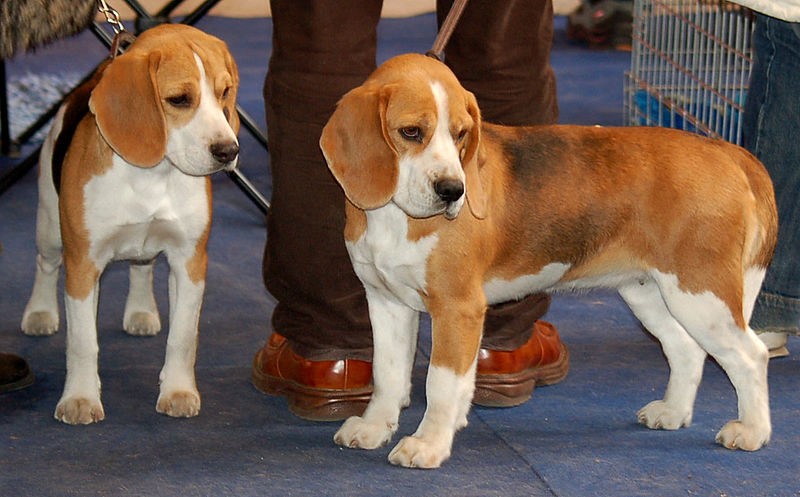 When it comes to socializing your new beagle puppy, Beagles are a social breed, though of course they would still need time to adjust to being a member of the human world.  Socialization should start early, which shouldn’t be very difficult because Beagles are naturally friendly with most everyone – strangers and other pets included.  They respond well to praises and treats, which is also key to their further training.  Getting angry with them or violence of any sort will just produce a maladjusted puppy, unless they learn to tune you out completely. In this article, you’ll learn about socializing your new beagle puppy

Socialization continues outside the home when you begin taking the Beagle out for its daily walk.  A reliable leash is absolutely necessary.  Their hound instincts are hardwired into them, and when caught by a particular curious scent, they will follow it.  They will also wander on their own, which means a higher likelihood that they will get lost, or that you will lose them.  Even if on a leash, you might find it difficult to get them to listen to you once they are on a hound trail.

Obedience training will take place in time.  For now, the purpose is to get them to explore the world and to socialize them, exposing them to new sights and sounds, and the presence of other humans and possibly other animals.  Be aware also that Beagles can be pretty yappy.  They will bark and bay and howl – which means you probably shouldn’t bring them anywhere where loud noises are not appreciated.  It has been suggested that their name “Beagle” actually comes from the French word “begueule” which means “open throat,” or “beugler” which means “to bellow.”  It’s part of the hound package – to follow a scent trail and then to lead you to what he has found.  This should probably already tell you that small apartments with close neighbors is not an ideal place to keep a Beagle.

It is recommended that you allow them a fenced-in yard to play in.  This is a high-energy breed, with natural instincts that need to be satisfied outside of the usual daily walks.  Some play is to be expected, and since he is a naturally friendly breed, playing with the kids or other pets can further help him with his socialization skills.

Though again, be aware of the Beagle’s tendency to wander.  Also be aware that Beagles are friendly even to strangers, and they are one of the most stolen breeds on account of their popularity as animal test subjects.  We need not go into that controversy right now, but suffice it to say that you need to be constantly watchful of your Beagle.

Don’t leave them alone for long periods of time.  They are pack animals, and they need company.  And when they are allowed out of the house, keep them under constant watch and supervision, for their own safety.