Home » Siamese Cat as Pets » The Traditional Siamese vs. the Modern Siamese

The Traditional Siamese vs. the Modern Siamese 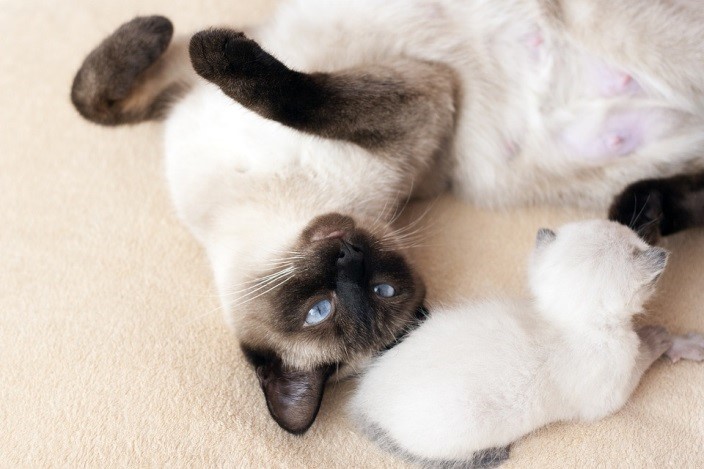 As the popularity of the Siamese cat increased between the 1950s to the 1960, breeders and judges of cat shows showed better favor to the more notably slender appearance of the Siamese feline. This turn of events instigated generations of selective breeding which produced the fine-boned, sleek bodied and narrow-headed felines.

The modern show Siamese cat was eventually bred to be visibly elongated, with a lean and tubular physique which stood on long, slender stems. Its graceful tail, very thin and very long, gradually tapers to a point. Its wedge-shaped head is graced with a pair of extremely big, wide-set ears which is one of the many stand out features of the Siamese cat.

Siamese cats of the more traditional or original form had largely disappeared from the cat show scene by the middle of the 1980s. However a few select breeders, in the UK particularly, went on to continue breeding and registering the traditional Siamese resulting in today’s two kinds of Siamese cats.

The first kind is the standardized, modern day, show-style which is the Siamese we know today. The other sort is the Traditional Siamese. Both sorts come from and share similar distant ancestors but share few or no recent ancestors between them thereby forming effectively unique sub-breeds which have raised pressure to separate them entirely.

Today, in addition to the modern day Siamese breed category, The World Cat Federation (WCF) and The International Cat Association (TICA) accept Siamese cats that are of the less extreme sort along with the Wichiaanmat Cat which is directly imported from Thailand, under its present day breed name – the Thai cat.

The Personality of a Siamese Cat

Pros and Cons of Caring for a Siamese Cat